Strength in what remains behind. 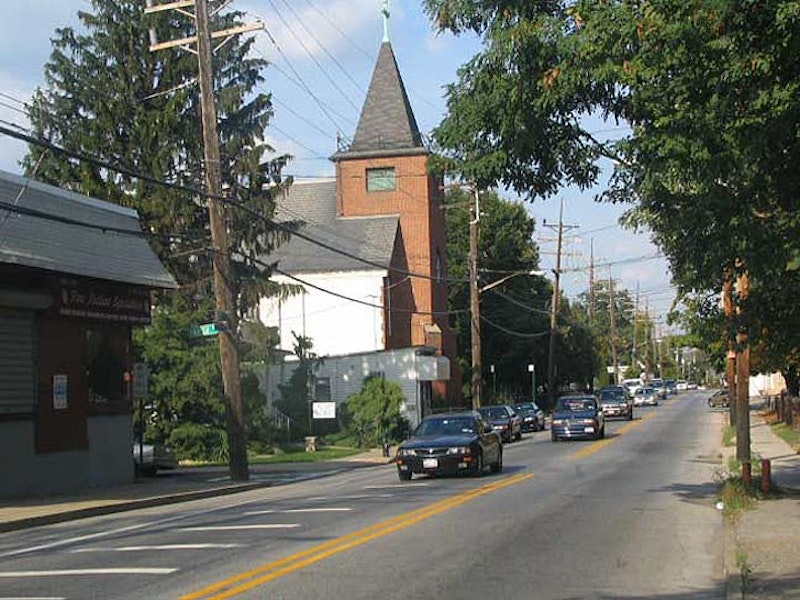 Travis is a lonely outpost even by Staten Island standards, a small village of about 2000 at the western end of Victory Blvd. In the colonial period, it was an important crossing point (New Blazing Star Ferry) over the Arthur Kill to Carteret, New Jersey, from whence horses and carriages could continue on to Philadelphia and points south.

Just as Proctor and Gamble made Mariners Harbor a company town for many years, so did the American Linoleum Company in Travis between 1873 and 1931; the industry became so identified with the region that the town was known as Linoleumville during that time. After the company moved to Philadelphia, residents voted to rename the town for early settler Captain Jacob Travis.

Travis was originally called Long Neck, but after Joseph Wild, the founder of the American Linoleum Manufacturing Company, acquired a 300-acre tract and constructed a large factory, docking facilities and a workers’ village. Linoleum is a floor covering produced mainly with pulverized or ground cork and oxidized linseed oil. The process was perfected by Englishman Philip Walton, who supervised Staten Island’s Linoleumville along with Wild in the early days. Walton was succeeded by David Melvin, a Scottish-born inventor and engineer who developed several new varieties of linoleum products including colored linoleum and “battleship” linoleum, originally used by the US Navy but later installed in office buildings and department stores. 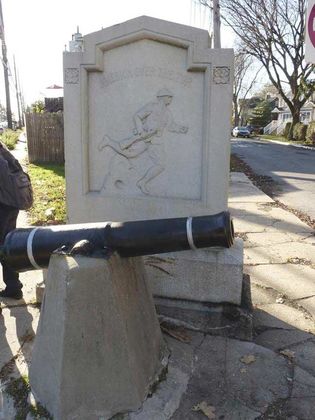 At the intersection of Victory Blvd. and Cannon Ave., named for a prominent local French Huguenot family, is a World War I memorial consisting of a small cannon and a stone marker depicting a gun-toting doughboy. A doughboy goes “over the top” on the memorial face. The names of nine area residents who perished in WWI are on the back.

The gun was unearthed on the north side of the Sylvan Grove Cemetery’s Ye’ Old Burial Ground when homes where being constructed nearby. The gun barrel is actually a Civil War era six-pounder. After the Civil War it was common for barrels to be donated to towns and they were often displayed in cemeteries. This gun may have been displayed on the Cannon family grave, or as part of a memorial for the Grand Army of the Republic Veterans entombed in the Sylvan Grove Cemetery. 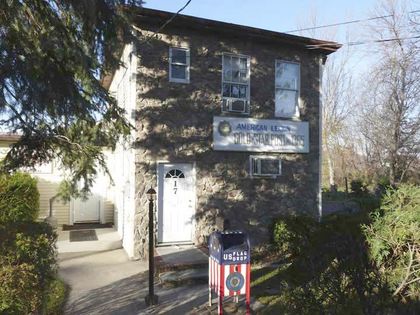 American Legion Post 1365 on Cannon Ave. nearby, with a mailbox converted into a flag disposal receptacle. American flags should not be merely discarded; from the Veterans of Foreign Wars, here is what is generally done with ragged or old flags:

—The flag should be folded in its customary manner.
—It is important that the fire be fairly large and of sufficient intensity to ensure complete burning of the flag.
—Place the flag on the fire.
—The individual(s) can come to attention, salute the flag, recite the Pledge of Allegiance and have a brief period of silent reflection.
—After the flag is completely consumed, the fire should then be safely extinguished and the ashes buried.
—Please make sure you are conforming to local/state fire codes or ordinances.

This is also the Blazing Star Post #1574 of Veterans of Foreign Wars. The name Blazing Star, as associated with Travis, is somewhat confusing. Rossville, further southwest along the Arthur Kill, was once called Blazing Star because a ferry ran to New Jersey from a tavern with that name during the colonial era. Later, another ferry was established from the foot of Richmond Turnpike, named the “New Blazing Star” ferry. That’s probably where this post got its name. 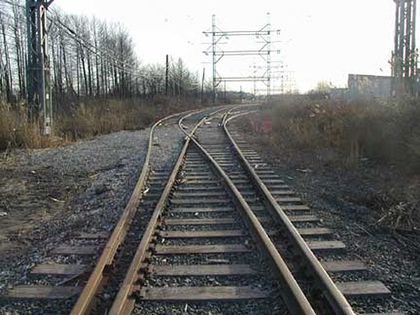 Travis is now the site of Staten Island’s only freight railroad, the Travis Branch of CSX, seen here at its Chelsea Road grade crossing. It runs from Howland Hook in Mariners Harbor south along the Arthur Kill and serves New York Container Terminal at Howland Hook, the Department of Sanitation’s Fresh Kills Transfer Facility, Visy Paper and VanBro Corp. 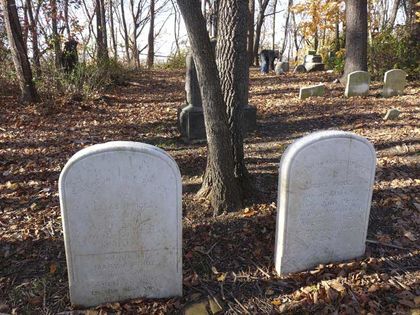 Located at the “V” formed by Victory Blvd. and Glen St., along the West Shore Expressway, is one of NYC’s spookiest locales… Sylvan, or Grove, Cemetery. Gravestones remember the Price and Cannon families, for which Travis streets are named, as well as the ubiquitous Deckers, who feature in all Staten Island cemeteries.

The land that became Sylvan Cemetery was originally owned by the Cannon family in the 1680s but didn’t become a cemetery until the 1860s, when the Wood family began interments there; the name “Sylvan” likely comes from associations with that family name.

The cemetery was in poor condition for decades. As early as the 1920s, Staten Island naturalist and historian William T. Davis was decrying its decrepitude, noting broken headstones, weeds and vandalism. However, the Friends of Abandoned Cemeteries has really done a terrific job in recent years making the plot look more respectable,  much like what has been done in Jamaica’s Prospect Cemetery in recent years. 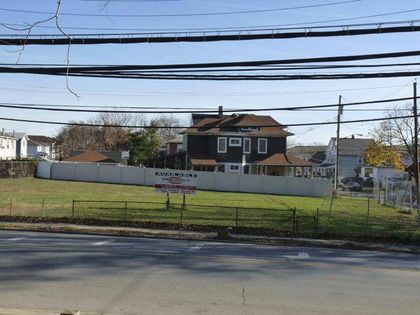 An empty plot at Victory Blvd. and Roswell Ave. marks the former location of the Loomis house in Splendor in the Grass, the 1961 weepie directed by Elia Kazan with Warren Beatty and Natalie Wood. Many other incidental scenes in the movie were filmed in Travis, which stood in for 1928 Kansas in the film, including houses that are still standing on Victory Boulevard south of Roswell. The film’s title is taken from a line of William Wordsworth’s poem “Ode: Intimations of Immortality from Recollections of Early Childhood”:

What though the radiance which was once so bright

Be now for ever taken from my sight,

Though nothing can bring back the hour

Of splendour in the grass, of glory in the flower;

We will grieve not, rather find

Strength in what remains behind