#MeToo and the Destruction of Eros

The dangers of the collective. 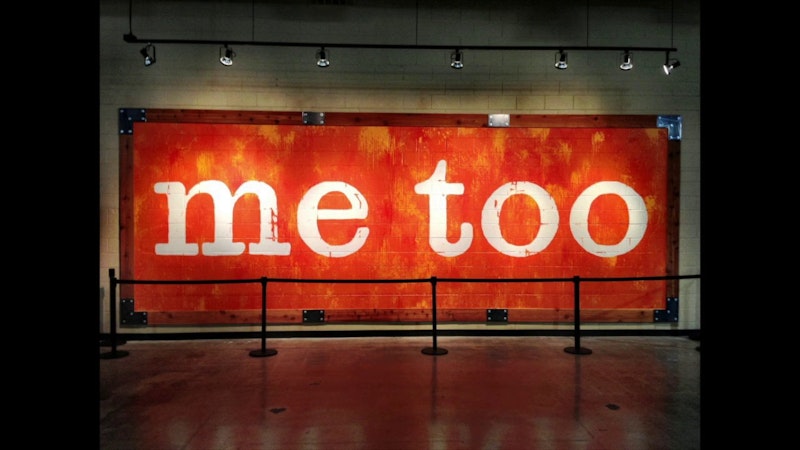 If there are two words I’d use to sum up current societal maladies, it’d be collectivism and contradiction. You see it everywhere but most prominently on social media, which usually gains enough traction to enter into other forms of media. Ever since the allegations against Harvey Weinstein entered the public sphere and his subsequent cowardly escape out of America, the #MeToo movement has become stronger every day.

Women have poured out accusations of sexual harassment, assaults, gropings, and rape. I didn’t like the #MeToo idea immediately from its Twitter inception, and I wrote about its transiency and “drive-thru” healing. What may have started as a way to have solidarity among women who’ve been wronged by men, has turned into a full-fledged attack on masculinity. Anyone can make accusations and because they’re made by women, they ought to be taken as the complete and utter truth. This clearly lacks logic.

If, as a woman, you happen to voice an opposition to these so-called arguments against men, and God forbid, if you defend men, then you’re seen as a traitor. This assumes that you define yourself only as a woman (or to put it more bluntly, as a vagina) and because of this, you owe allegiance to your sex. This means that you’re mindlessly defending women without any regard to reasonable thinking. Gender has become a group that’s solely focused on the body and divorced from the mind and soul.

The fact that we’ve reached such absurdity in society that we actually have to write such disclaimers is preposterous in and of itself. I’m still waiting and certainly expecting that some woman will accuse a man of “male gaze,” and that he “assaulted” her with his eyes. Talk about a disembodied virtual reality.

Aren’t we all adults? Is a woman that stupid not to know the difference between sexual attraction and vulgar harassment? Why are these women more content in being victims? Are they afraid of masculinity, and by association, are they afraid of their very selves?

This relation is possible and it does exist. It happens when we, first and foremost, see each other as human beings. By humanizing each other, we not only accept each other's vulnerability but also hunger.