That's why we need new generations of weaponry that can destroy abstract objects. 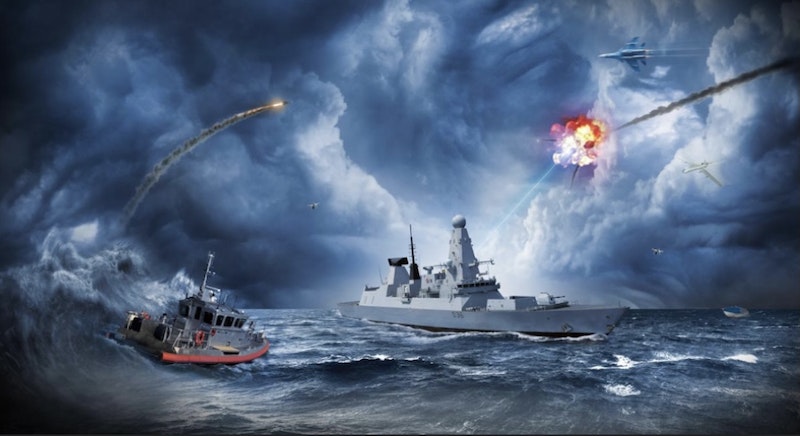 In our movements for social justice, it has proven difficult to address such concrete difficulties as inequalities in income, education, and law enforcement, which continue to bedevil us. What accounts for these failures? We, the new generation of social activists, have realized that our predecessors placed the emphasis in the wrong place. They were obsessed with physical violence, but we've realized that nothing hurts like abstract violence. Really, nothing.

We, The Woke, have understood at last that the real source of racial inequality has always been bad vocabulary. We will never succeed in convincing ourselves that we've overcome the terrible history of racial oppression, for example, until we fix the language. The real center of oppression, as Martin Luther King so often emphasized, is social media; its real instruments are not whips and chains, labor and poverty, residential segregation or prisons, but words and memes, the very center of the power from which bad consequences follow in the real world. Somehow, for example, the ultimate racial slur, The Bad Word (you know the word I mean), has survived all attempts at annihilation, like Pepe the Fucking Frog, who’s a lot harder to kill than most frogs.

One minor barrier to realizing our great collective dream of an ultra-pasteurized language is that words appear to be abstract objects. As is commonly observed, one reason that you can put down a bad dog is that each dog is identical to a particular physical body: a dog, even a bad dog, is located in a particular region of space. If it were not, animal control would be more challenging than it is. A bad smell, a bad cold: these are situations in the actual universe. If we want to fix the bad smell, we have ways to proceed. The case is not so easy with attempts to ameliorate or alter bad words, which are more ectoplasmic than scents.

The Ultimate Bad Word appears here and there, now and then, manifesting itself or called forth from its abstract fastness on particular occasions. We can erase particular inscriptions of it, or silence particular utterers on particular occasions. We can immolate any particular ink stain on paper that embodies The Bad Configuration; for example, we could burn all the copies of Huckleberry Finn and duct-tape the mouth of anyone who shows any tendency to emit The Prohibited Sound. On the Internet we can search for and delete any particular code that puts The Bad Word up on actual screens.

But the word itself isn’t so easily euthanized. It’s an abstract structure of which there are particular physical instances, a type of which the utterances and inscriptions are tokens. It appears here and there, now and then, but it is itself, as the philosopher Arthur Danto put it, "logically incombustible." Even redacting it wherever it appears, or replacing every inscription of it by a euphemism ("the n-word," for example, or "The Word of Power") leaves the word itself untouched. It's always waiting to be rediscovered. As Tolkien said of his magical rings of power—which he describes very much as we, The Woke, describe words of power—such things have a way of not staying lost. In this case, even throwing the damn thing into a volcano wouldn't help at all.

How non-physical things can have physical effects, how they can reach down from the abstract or spiritual plane of reality and do anything in the world, is a problem that has bedeviled everything from Plato's theory of Forms to Descartes' picture of us as non-physical minds somehow pushing around the material objects that are our bodies. These metaphysical positions were more or less entirely abandoned because they couldn't deal with this problem. But we've solved it with a phrase: "words matter." We mustn’t let the insuperable conceptual difficulties prevent us from committing completely to what is so obviously immaterial.

In order to destroy the Word of Power permanently, to euthanize it once and for all beyond hope of resuscitation, we'll need to destroy the letters of which it consists. Otherwise it could always be reconstituted, like Iran's nuclear program. We'll need a new generation of particle-beam weaponry or perhaps necromancy: devices or procedures that will enable us to vaporize things like numbers (the evil “11” would be a good place to start) or concepts. We'll need Platonic weapons that are capable of reaching the Realm of the Forms and really fucking some shit up over there. Impossible? They said the same about our attempts to control the weather through incantation. Who's laughing now, if anyone?

As you know, mathematicians quibbled with our attempts to destroy the evil “11.” “11” is the next generation of Pepe, used on right-wing social media as an indexical slur that picks out the members of whatever group the person to whom it addressed identifies himself with most fundamentally, and ridiculing him in whatever way he would find most offensive. Certain mathematicians claimed that deleting “11” from the number linewould render all of arithmetic incoherent and useless (a small price to pay for justice, surely). That's why we had to force them into confession and recantation, or at least into deleting all their Tweets and pretending to apologize.

The fact that we couldn't specify what number we were deleting without mentioning that very number (as I’ve done even here), was another factor that made banning it impossible. But that our dreams are impossible or entail strict logical contradictions just makes them more urgent and inspiring.

Likewise, some writers don't seem happy with the idea of deleting words from the language. They claim that no word is a weapon of mass destruction all on its own, that words are given meaning by their use and context. They quibble about the distinction between using a term and quoting it or talking about it. Check your privilege, I say. Also, stop your gloating: we'll figure out a way to destroy words eventually, even if it involves total surveillance and occult weaponry.

At any rate, you shouldn't be too worried about our censoriousness. Really, I don't understand the right-wing obsession with so-called cancel culture, and if we social justice warriors spend the next few decades engaged primarily in the realm of abstractions and their paranormal powers, our opponents can take comfort in the fact that we’re leaving the concrete, palpable, and sensible world in their care.