The Complexity of History

We can’t escape the past, but can try to understand it. 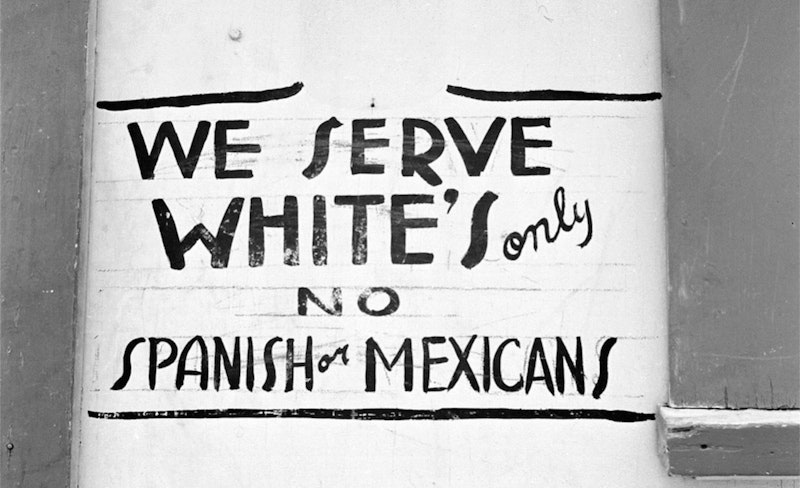 “Things are tough all over.” That was a phrase one would hear from my father and his colleagues at the import-export firm where they worked. Their generation had seen a lot. My father was a refugee from the Nazis. Several of his peers fought in World War II. I worked at the firm during summers when I was in high school in the early-1980s; one day, I asked one of the principals about some meds he was taking at the water cooler, and it turned out these were for a tropical disease he’d gotten in the Philippines four decades earlier.

So, if at lunch in the conference room, I’d complained about some unwanted mayo on my roast beef sandwich, it’s likely one of them would’ve said, “Things are tough all over.” Mild sarcasm indicating the problem was not worth worrying about. I think of this now in a totally different context when I hear “All lives matter.” That phrase is not an affirmation of the sanctity of life, but rather a dismissal of “Black lives matter” as encapsulating any significant concern. It’s as if someone tells you they’re in severe pain, and you reply, “Things are tough all over.”

I wrote about the suburbs a few days ago, particularly the affluent north Jersey town where I live. I praised the safety and community spirit of such places, and that such was recognized to a degree by Rep. Alexandria Ocasio-Cortez, in a departure from traditional left-wing scorn of the suburbs. Barely had my piece been published when a hate crime occurred on my ownstreet: the local Chinese restaurant, of which I’m a regular customer, got spray-painted at night with graffiti about COVID-19. Lest there be any doubt whether racism was involved, “GO HOME TO CHINA” was sprayed on the sidewalk in large letters.

Depressing as this was, the community response was heartening. Outraged reactions on social media quickly fed into a GoFundMe raising money for the restaurant. A local cleaning service arrived and power-washed the graffiti off for free. People showed up to place orders and give tips. The town council spoke out, and the police opened a bias-crime investigation. News trucks from several New Jersey and New York stations parked in the lot to report the story.

I work in part as a copy editor, and have kept up with certain style changes publications have made amid recent upheaval. It’s become increasingly common to capitalize the B in Black Americans (it’s also often preferred to use Black as an adjective rather than as a standalone noun). This creates a certain consistency in that various other racial and ethnic identifiers are capitalized, such as Hispanics, Asians or, for that matter, African-Americans. A capital I for Indigenous is an emerging trend as well.

At the same time, liberal-minded publications are tending to keep a lower-case w in white, while giving varied explanations for this: that white refers (imprecisely) to a skin color, not a specific ethnic group; that Blacks were stripped of specific ethnicities during slavery. I suspect a key reason for discomfort with capital-W White is that it’s a style favored by white supremacists (who simultaneously make a point of keeping a lower-case b in black).

My family on my father’s side were both victims and beneficiaries of white supremacy: they were driven out of Europe for being Jewish and allowed into the Dominican Republic for being white. My father’s fluent Spanish and penchant for guayaberas ensured he’d often be perceived as Hispanic, though some people might recognize his Austrian accent and difficulty rolling Rs.

My wife’s family background includes northern European lines that arrived in North America before the beginning of the United States. Her ancestor DeWitt Clinton grew up in a slaveholding family and became an abolitionist. His father, Gen. James Clinton, fought brutally against the Iroquois in the Revolutionary War; and negotiated respectfully with them later. DeWitt was known for his affinity for Native American culture, for which his political opponents mocked him. He championed the Erie Canal, which hastened whites’ westward expansion; and which also was key to the industrial power that enabled the North to win the Civil War. History is complex, and our language and politics will struggle with its legacies for a long time.