This was to be savored. 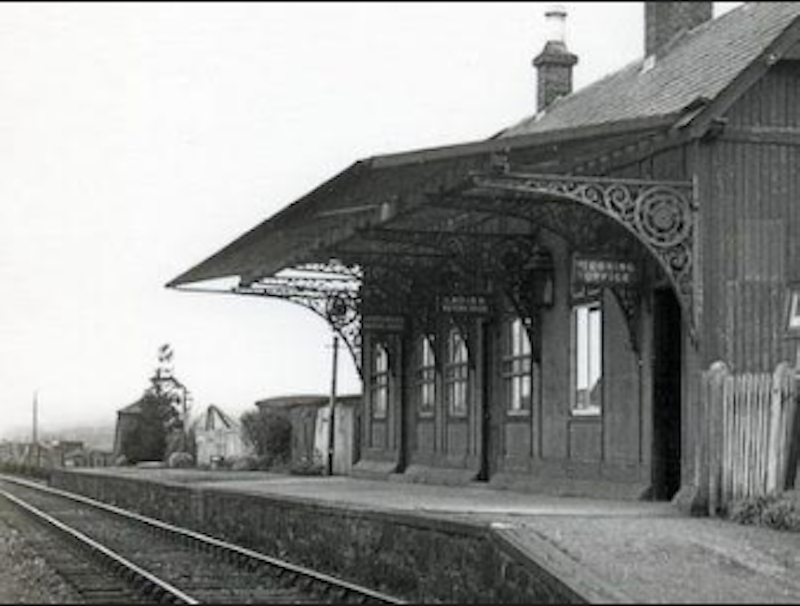 On a sparkling April morn, mint as a freshly punched penny, Didymus Prentice strode along Main Street. His 10th birthday, in his best suit, on his way home for a party in his honor. A quick stroll to collect his thoughts and wave and hallooo to a neighbor here and there. It was a fine day, as good as they come, nary a cloud, the sun glinting on his fiery hair, darkening his freckles. Didymus was a good lad with a good word for anyone he happened upon. He looked ahead to see another boy, about his age, but of raven hair, sharp features, alabaster complexion.

The other boy, now a step too close, crouched back on one foot, the other foot extended, its toe tapping the ground like a blind man's cane. He raised bony little fists and commenced an odd sort of shuffle, and declared, "Me name is Patrick McDonald! And I have no patience with a son of England! Nor patience, whatsoe'er, with a ginger! A ginger is a lowdown lying thieving son of a mangy cur!" With that, Patrick spat at Didymus' feet and shot a sharp upper cut under Didymus' chin, then a quick left jab to an eye, a one-two setting the birthday boy on his keister, dazed.

"C'mon! Up and at 'em, cupcake! Fight like a man, if'n ye have it in ye! A son of Ireland is here to knock some good hot gravy into that empty English noggin!" Beady-eyed, Patrick hopped from foot to foot, eager to place socks and punches, licking his chops for blood. New to town, this was his opportunity to establish his presence, take down the favorite son. "Look at ye! In yer fancy duds! Ver' ladylike!"

That last crack was like smelling salts to Didymus. He leapt to his feet, and the two boys went at it, fists flying. But no biting or kicking. They were gentlemen barbarians.

"Irish is nothin' but a buncha bindle bums! Where they lay their hat is home! Whiskey for breakfast, whiskey for lunch, whiskey for dinner, that's the Irish!"

A small band of citizens crowded, shouting encouragement to one, then the other, enjoying the fisticuffs, a splendid show free of charge. Such a spectacle didn't occur every day. This was to be savored. If it lasted much longer, an enterprising tyke would've opened a lemonade stand.

When the dust settled, both boys sat on their cans, bloodied and bruised, heaving for air. The fight was a draw. They struggled to their feet, shook hands, eyes engaged, cementing a friendship that would last until death did them part, through thick and thin, as the decades rolled along. In 12 years, they'd go into business together, what would expand into the Prentice & McDonald Mill on Lake Tammy. (The order of the names was decided by the toss of a Liberty dollar.) As fate would have it, each would marry a sister of the other.

The settlement had grown, was now incorporated as Prentice. The cabins, a mile or so from the pathway were now established farms, cabins replaced with houses, two stories high. And that once rugged path was Main Street, a two-lane packed-dirt road lined with houses of the original settlers and others who traveled along and decided this was a fine place to stop and set roots. Main Street also sported Harding's General Store, a small library, three churches. Side streets branched out, ever out: houses, the sheriff, a blacksmith, a Quaker meeting house, a print shop, a courthouse. After the rail line came through, Manning's Hotel. Then Pierce's Hotel. Sons of Prentice rallied to battle in the Spanish-American War, some not returning alive. The same for Mr. Wilson's war, the Great War, the war to end all wars. All was quiet and secure during Coolidge. And Hoover until the Crash of 1929. Being a rural town, Prentice weathered that storm better than many. Gardens and livestock were already a norm. Now they mushroomed. Prentice people canned and salted.

Buggies gave way to flivvers gave way to Model As. A village green with a bandstand to feature the Prentice Brass Band; Souza marches and Stephen Foster melodies the main fare. From a saloon on the outskirts of town, ragtime on an upright.

But that's all down the road a piece. On April 10, 1885, Didymus and Patrick showed up, all smiles, arms around shoulders, for the birthday party. They looked very worse for the wear, but instinctively used this to advantage. Strutting heroes, they proudly displayed wounds to impress the girls, one of whom feinted a faint, wrist to brow, crumpling into a pile of lace and auburn curls.

Entering the backyard after Martha Prentice had scrubbed and scolded both boys with a fury, Patrick saw, for his first time, Marie Prentice, age eight, atop her pony in the springtime sun. Marie didn't notice Patrick. Her attention was focused on a monarch fluttering about her bonnet. Dazzled, for once in his life speechless, without quite thinking, the boy thought, "She's so beautiful, the most beautiful thing I've ever seen. That's the girl I will marry." In the distance a church bell chimed one.