There have always been problems within the atheist movement. 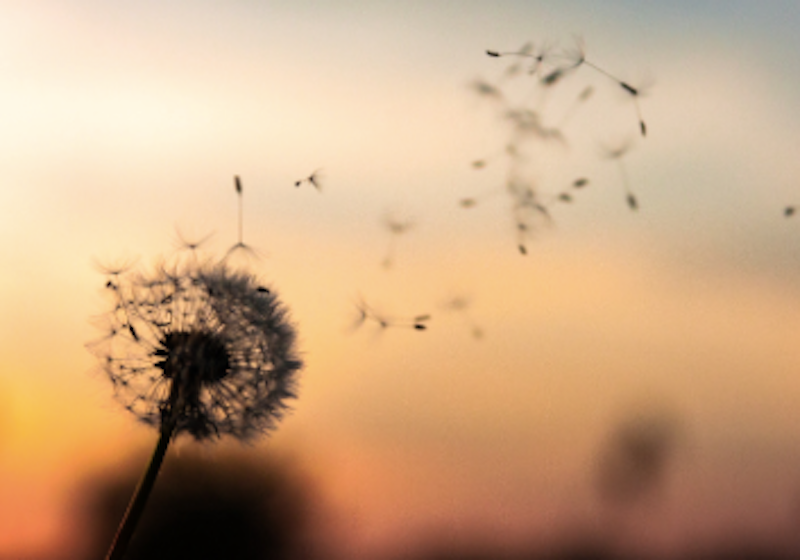 I left my position as LGBTQ Humanist Alliance board member—along with the atheist movement in general—last week after seeing too much damage done over the years. It was a long time coming; I ended my Bi Any Means and Biskeptical podcasts about two years ago and began writing more about LGBTQ rights than atheism. Working with the LGBTQ Humanist Alliance was my only involvement with the atheist movement because there was so much work left to do to provide a space for queer and trans atheists. Unfortunately, the organized movement in general still perpetuated the same systemic inequity it claimed to be against.

The LGBTQ Humanist Alliance was one of the American Humanist Association's four social justice alliances—the other three are the Black, Feminist, and Latinx Humanist Alliances—founded in 2016 to help the AHA promote equity. This was a few years after Elevatorgate ignited a heated debate within the atheist movement whether it should do more to address social justice. Having a highly regarded secular organization like the AHA officially include social justice as part of its mission was a welcome sign of progress, especially with Trump’s election later that year.

I got involved with the LGBTQ Humanist Alliance board when my friend Sincere Kirabo, the AHA’s Social Justice Coordinator at the time, invited me to join when it formed. Together with Alliance Chair Diane Burkholder, I helped create the Centering the Margins conference for LGBTQ atheists and, with Black Humanist Alliance Chair Ashton P. Woods, co-presented a workshop at the Creating Change conference on humanist inclusion in interfaith activism.

I thought we could radically change the AHA, but it didn’t happen. The first clue was the 2017 AHA Conference in Charleston, SC, where someone on the AHA Board walked out of Ashton’s presentation about racial justice because, in her own words, “I don’t want to hear from another angry black man.” At the same conference, someone told then-Feminist Humanist Alliance Chair Desiree Kane—who was at Standing Rock for seven months—"If you all at Standing Rock didn’t burn stuff and leave so much garbage behind, maybe the cops wouldn’t have shot rubber bullets at you.” (The burning was part of an indigenous cleansing ritual.) Many women of color also started leaving the social justice alliances, including Desiree, claiming they weren’t being heard. Diane, Ashton, and I wrote a letter to the Executive Director Roy Speckhardt expressing our concern. He met with us over Zoom to discuss how the AHA would be more transparent and inclusive. We were hopeful, but skeptical.

Everything came to a head when Roy announced he was leaving his position in favor of a person of color. The social justice alliances wanted to be part of the search committee because we were worried that hiring a person of color without confronting systemic racism within the AHA would place the new Executive Director in an unhealthy environment. The AHA Board said no.

We wrote a letter of concern to the Board, and a Board member responded suggesting some of us were vying for the Executive Director position. We also met with the Board President over Zoom about our letter. Our conversation went nowhere. Diane officially resigned from the LGBTQ Humanist Alliance, and the rest of us considered doing the same. We began writing yet another letter, not only detailing everything that happened, but also addressing the Board member’s alleged history of bullying people, including Diane.

That’s when the anxiety attacks began. For a week, every muscle in my body was tightly wound up. Eating meals became laborious. Meditation amplified the panic instead of soothing it. Three paths laid before me: stay with the LGBTQ Humanist Alliance and hope things get better; leave the alliance, sign the new letter, and possibly get thrown into an ugly civil war within the atheist movement; or walk away from both the alliance and the situation to save my sanity. I knew what I had to do but wasn’t sure if it was right.

I emailed the AHA Board, Roy, and the social justice alliances announcing my resignation Tuesday afternoon. “I’m burned out and need peace of mind,” I wrote. A few minutes later, Ashton announced his resignation, as did several other alliance members. The anxiety didn’t cease, though, because now I had to decide whether to sign the letter. By Friday morning, everything felt like a hallucination. I finally told the other ex-alliance members that I had to step away because I was dissociating. They understood.

They sent the letter to the Board later that day, and published it on their Facebook accounts. No civil war broke out; instead, we all received words of support from friends. It was finally over. My muscles loosened. I was free.

There have always been problems within the atheist movement, but every problem still caused a crisis.This was the first community where I could be my authentic self, not just as a queer trans apostate, but also as a human being. It was the beloved community of fellow beautiful freaks I’ve been seeking since birth. Everything that happened over the past six or seven years proved that this beloved community was anything but.

During the week-long anxiety attack, I called my friend Callie, who joined the atheist movement around the same time I did and had also become disillusioned with it. Callie said it’s the same interpersonal turmoil they’ve seen in other communities as well, which has made them a lot more cynical. When they meet genuinely good people who have the best intentions, Callie said they “hang onto them for dear fucking life.”

The real atheist movement was the friends I made along the way. I joined the movement looking for an identity and purpose outside of Christianity; what I found was family. At times being part of the movement felt like the worst mistake, and eventually fighting against the systems of power operating within was no longer worth it, but I’ll forever hang onto all the people who taught me I’m worthy of love. Now it’s time to move on.