Hot Take Me Out

Oliver Bateman has run out of hot takes. 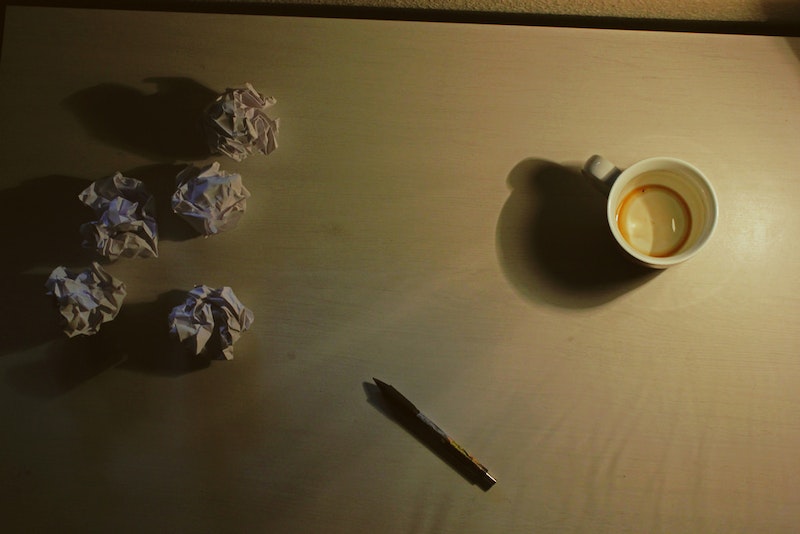 I’m officially out of ideas. I thought that I had a new one a couple of minutes ago, but it turned out to be nothing more than a reminder to add dental floss and mouthwash to my grocery list.  So here I am at 1:30 a.m. in the morning, stuck waiting for one of those clickbait-y hot takes to reveal itself to me.

The way I see it, you can only write about a couple of topics or people not only won’t read your work but won’t even acknowledge that it, and by extension you, exist. At any given moment, there are perhaps a dozen “thinkable ideas” in circulation. You can recognize these thinkable ideas because they are repeated endlessly on social media: “brainless conservatives are brainless,” “war in Africa is bad but what can ya do when you’re fighting all these food allergies?,” “headscarves are outdated relics of the misogynistic past in areas where headscarf-wearing is mandated BUT ALSO banning them is racist and assuredly misogynistic; it’s all relative!,” “#NeverTrump,” and “Thomas Friedman” are some notable examples.

Thankfully, these thinkable ideas, which shift like desert sands yet leave the dune untouched, are fundamentally incompatible with cognitive effort. They’re so easy, so blissfully thinkable, that they needn’t be thought by you at all. Why waste time with bespoke opinioneering when a hack like me can provide you with all the prêt-à-porter punditry that you can handle?

In order to get published somewhere other than Splice Today, which owes far more to the weekly press aesthetics of 1990 than to whatever will remain of publishing in 2025, you need to pitch a “piece” that has something to do with one of these preexisting thinkable ideas. Here’s an example of a serious pitch you can send to an editor at Esquire:

Dear so and so, I have written pieces for blah blah blah and so forth and et cetera. Are you interested in a piece about Thomas Friedman? In it, I will argue that Thomas Friedman’s latest Friedmoaning isn’t sufficiently Friedmanist because it omits necessary consideration of non-moustache related Friedmasonry. My Twitter is @FriedmanWriter420; please note that I have 23,000 somewhat motivated followers. These followers can be expected to yield guaranteed clicks from the several hundred losers and spambots who retweet and occasionally even skim the banal, toothless shit that I write. All of my prior hackwork is Friedman-related, so I’m an excellent single-subject Friedmaniac who will never deviate from this type of thing. I can guarantee you 1,000 words of pusillanimous analysis, most of which is either hyperlinked to or simply plagiarized from other Friedman “pieces” I’ve written. My schedule is pretty open because I reside in my mother’s basement and spend all my money on eBay auctions for Starting Lineup baseball player figurines or have it stolen from me when I’m mugged at major Magic: The Gathering tournaments (happens more than you might think!). I promise I’m a total doormat and will wait around for a year or two before you decide to kill my “piece” for a measly $200, because darn, I really need that $200 to update my Magic deck! Best wishes, Ohvuh Les Bimmin

Or this, a pitch for a humorous publication like McSweeney’s:

Dear so and so, What follows is a completely inoffensive piece that is based on the wholly uncreative premise that disgraced, closeted ex-GOP Congressman Aaron Schock was secretly sexting with late Victorian writer Oscar Wilde. I guarantee that all of the jokes in here are super easy to get even if you’ve only ever seen a single sentence of Wilde’s work and thus will allow you to feel real good about yourself (and hella cultured too!) because you’re in on our swell middlebrow gag. Plus I want to get published by you to impress all of my Twitter followers. I doubt any of them will read the piece, but the byline will make for some great bragging rights during a DM-slide when I’m lying like a rug in order to make myself sound way more impressive than I actually am (which is to say: not at all). Thanks for your help in such a worthy effort. Kindest regards, Ohvuh Les Bimmin

You’re probably thinking, “damn, this cool bro’s clearly trying to get one over on me: he says he can’t come up with any ideas and yet he just articulated two marketable ones right there!” And you’d be right, I suppose. I can come up with infinite ideas like that. I’m an idea man who doesn’t make the things you use, but instead makes the things you use better.

Here’s the problem, though: I really and truly detest the current fallen state of writing, including much of my own best-paying but least satisfying work. As I frequently joke to friends, it amounts to “words, not sentences.” Type type typing away with nary a worthwhile thing to say, am I right? I made some money in the effort, but given my rippling abs and stunning glutes, I surely could’ve earned more than that camming for an audience of lonely old people who were just hoping to knuckleball some sweet relief at the end of a tiring and pointless workweek. I certainly would’ve felt less underappreciated performing labor of that sort.

So where do I go from here, hmm? Certainly more of this. This is a safe yet weird space, where a rooster writes a column and that happens to be among the least unusual recurring features. Essays like this one are always untimely, since they’re written for both the forever and the never. And my thoughts will grow smaller and stranger as time passes, with one 24-hour stretch distinguished from another only by the clicks and clacks of a mechanical keyboard, an insomnia-conducted symphony that concludes another long day’s journey into night.