Around the world and sleeping in ovens with Rooster and Monica. 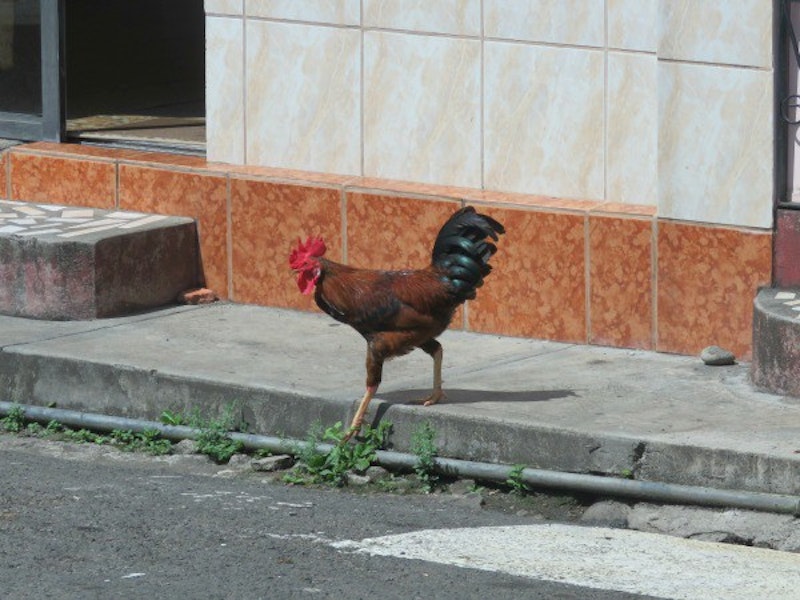 If you're reading this it’s too late. I’ve already left the Amazon, gone back, left again, went to Grenada where I met a lot of surly turtles, then again to the Grenadines, which is a different place? Strange. I’ll never understand how humans decide on names for places, anything really. What gives you the right? I don’t even have a name—I’m an eponymous rooster. So the idea of naming anything is daunting to me. Isn’t Grenadine a type of liquor? I heard it in a Grateful Dead song once… they get high a lot, I think. Anyway I had a blast following my editor around on his family reunion, plotting my revenge—I mean, uh… well wishes. Yeah… no I definitely don’t have any outstanding debts that I was avoiding with mobsters and auditors who were down there as well on a separate trip.

I got some sun, a nice tan, some glasses shaped like “2018,” had my travel plans ruined by the bomb cyclone, got stuck in another airplane cargo compartment, and now I’m back in the Northeast United States freezing my little bee-hind off. I’m sitting on a radiator as I write this. Monica is in the kitchen sleeping in the oven (don’t worry: the temperature is low, she’s comfortable, and she has her favorite music on). I’ll check on her in a few hours to see if she’s still kicking, but I don’t want to be too pushy. Hey, #MeToo, right? Can’t keep a woman down or tell her what to do, even if it’s in her own best interest.

I advised sleeping in the oven because our bed is at the top of the barn and there’s a small hole in the wall that’s a brutal siphon for wind and rain and sleet and snow. Bernie Sanders sleeps in a burlap sack and he’d be horrified at the conditions we Quibbits’ live in.

When I was in the islands, I met a gun-slinging mercenary named Gumbo that gave me some solid advice: never trust anyone that looks over your shoulder when you’re talking to them. They’re not paying attention, and they could be sending someone else to mug you from behind. In this world, you never know if you’re about to get shanked or shake hands or have a drink with friends or die in the drink with former friends. Ask Ted Kennedy about that one next time you vacation in Hell.

Gumbo also told me that the “bomb cyclone” terrorizing the East Coast at the moment is a government PSYOP meant to distract from the imminent start of World War III and the emergence of the New World Order. He was very excited about all this by the way, because in his mind, New World Order means more music from Peter Hook and lots of Eyes Wide Shut-type orgies where he’ll be the centerpiece. I mean, who am I to argue? He had the Desert Eagle in his holster. We did some crank (that yellow speed), snorting lines right off of that massive gun, then tore up the town and robbed some people before dipping out.

That’s when I got stuck in the cargo carrier, but it’s okay, I’m back in one piece, cold as I may be. I just heard Monica moaning, maybe I should check the burners to see if they’re acting up. We’re cold, but we’re okay. That’s all one can ask for these days.