Verily, verily, we are put on this earth to suffer. 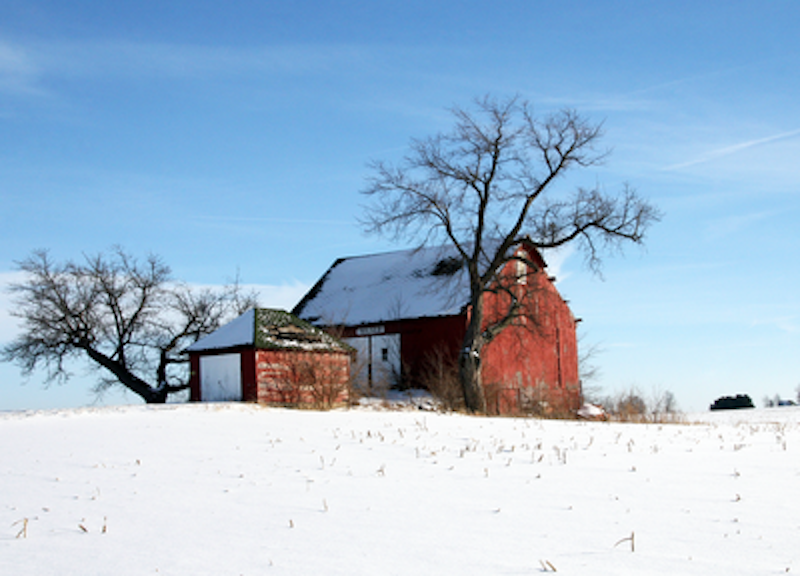 Extreme cold has gripped our rural Hoosier country, just as it has large portions of our declining republic.

I'm no fan of the cold, but there is something delicious in the descent of this little ice age on a decadent country as it staggers, belching and wheezing, out of its so-called "holiday season," the current euphemism for the pagan-consumerist bacchanal to which Late Capitalism invites a wicked people at the end of each year.

I consider this extreme cold a chastisement. The American, in his diabetic pomp and moral filth, tooling around the subdivisions in his SUV, gorging himself on tacos and Oxycontin, virtual reality mask stuck to his face to enable bold new flights of digitally enhanced onanism, finds that he is not, after all, the master of the world that he tries with decreasing success to bestride.

No, the Almighty God is. It is God, THE LOGOS, who brings the snow that paralyzes the American Babbitt's automotive strips, the wind that lashes the parking lots of the malls, the ice that clogs the ventilation systems of the Sun Belt megachurches, those temples of Moralistic Therapeutic Deism and the Prosperity Gospel—those anti-churches sanctified to nothing more or less than the American Self.

The frigid weather gives an ice-blue cast to our decayed county seat here in Indiana. I drove there the other day to deliver a bundle of clothes and other items to Goodwill. (My haul: several pairs of old sandals, some Lands End khaki trousers, and a Cleveland Orchestra canvas tote bag from the days when Mother and I could afford the luxury of live classical music, back in the era of the estimable Dohnanyi.)

In town, the human refuse of our unsustainable economy staggered past the shuttered storefronts: opiate-addled Blacks from the downtown housing projects; twitching Whites on methamphetamine who drifted up from the trailer complexes in the decaying "inner ring" suburbs on downtown's edge. These are Americans, and deserve our care. But our internationalist masters have proscribed us from talking of "Americans" as a distinct people, and in an atomized consumer society there is no longer any "we." These people's birthright has been sold, the funds forwarded to support the usurers of Wall Street and to garrison an aggressive Zion.

How I pity these poor men, and would care for them all if I could. I would suck their feet and dry them with my hair like Christ himself would have; salving their wounds, I would press balls of witch hazel-soaked cotton to the infected needle-marks on their arms, their calves, their necks, their hips, their backs, their tender genitalia.

Verily, verily, we are put on this earth to suffer. But it is also His plan that we should strive to alleviate our fellow sufferers' burdens, walking the paths of the martyrs, debasing ourselves in Christian humility.

And yet there is redemption amidst suffering. This Sunday comes the Orthodox Christmas—what the Russians call, in their noble tongue, Rozhdestvo.

Yes, Rozhdestvo falls on the Sabbath this year. I like to think that this happy coincidence will double the spiritual energy abroad this year during the great feast of the birth of Christ. Even a couple of days before the holiday I feel that extra energy coursing through my body, from the tips of my woolen-socked toes in my winter sandals, through my groin, to the top of my balding head. (Which is currently encased in a woolen beanie, because the study in which in I sit is woefully underheated. Mother has been late this morning in hauling in the day’s firewood and stoking the stove.)

I’m sure that Professor Daniel Larison and all the rest of my fellow White Protestant converts to the Holy Russian Orthodox Church under the leadership of the most blessed Patriarch Kirill will join me in wishing all readers a most merry Rozhdestvo and a spiritually nourishing several weeks until the commemoration of the Theophany ends the Rozhdestvo season.

IT IS A MOST CHEERFUL AND CONVIVIAL ROZHDESTVO!

O ROZHDESTVO MOST LIVELY AND GENIAL!

THE MOST CORDIAL AND GREGARIOUS ROZHDESTVO APPROACHES!

OVER THE BLESSED SPIRES OF THE HOLY CATHEDRAL OF THE ASCENSION IN THE MOST SPIRITUAL RUSSIAN CITY OF YUZHNO-SAKHALINSK!