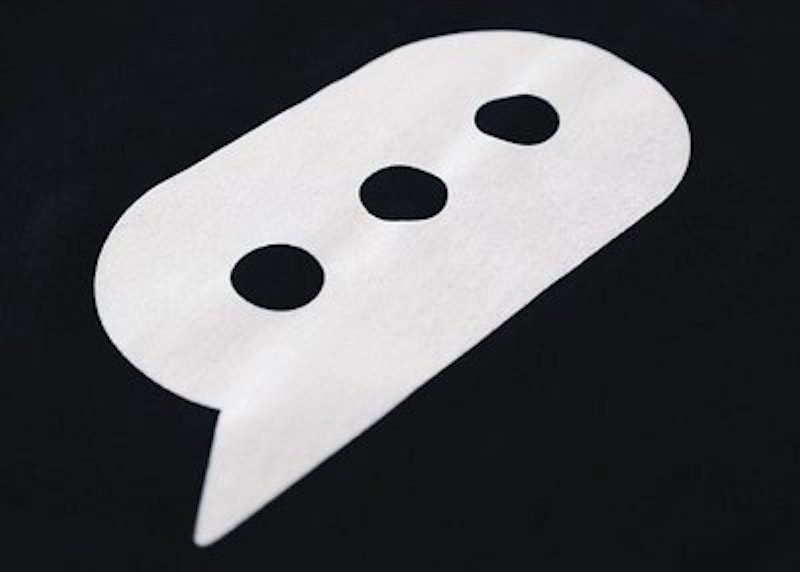 Social media has opened the prose sluice gates, and writing practitioners must keep up. The results are... not ideal. “But on that second weekend, The Last Jedi declined 67.5 percent from its opening-weekend gross, which is... a lot,” notes a grim New York Magazine. Snips Soledad O’Brien, “Admitting you’ve walked around you’re [sic] whole life oblivious to even the basic experiences of women and people of color is just... pathetic.” But what of telling the authorities when you find Russians hanging about?  “The Trump campaign... did not do that,” avers Matthew Yglesias.

The pained understatement ellipsis is the latest tic to infest our discourse. Eventually it’ll go away or die down; a fifth grade class gets tired of yo-yos, and adults get tired of these verbal gimmicks. But for now the fad is... rather noticeable. See The Washington Post dissect Donald Trump’s staggering, monumental, skyrocketing favorability rating of 46 percent: “You will note, though, that this data includes only polls from Rasmussen Reports. That’s... important.” (Rasmussen likes Republicans, a preference that shows up in its findings.) Come, sir, why the pocket drum roll and the raised eyebrows? Just say it’s important. The same for you, New York Magazine. Just say Jedi’s gross declined by a gigantic 67.5 percent. That solution isn’t startling or novel, but neither is the ellipsis, not when you’re the third, fourth, or 97th culprit to trot it out. And you will be.

Not far back we had “you know” cropping up. Not “you know” as employed by a middle-aged novelist in 1969 who’s rassling with campus speech (“The professor is, you know, really heavy about those old books”). No, this “you know” was used as a wooden dowel to pin together groaning, overburdened sentences. A made-up example: “He might take a look at the abundant written history regarding banking and urban communities and, you know, the actual effects of these policies on human lives.” The sentence-pinning “you know” had the air of an exasperated whine, and that was a useful effect for this, the great age of hairpulling. That doesn’t mean I liked it, of course. Most of us want to skip any exasperated whine that’s not our own. But I have a greater dislike for the pained understatement ellipsis. That’s because a PUE is portentous and lends itself to sanctimony; turn to it and the user puffs up.

For contrast, consider this Post headline: “Democrats Haven’t Been This Confident Since... 2016.” That is a very, very mean headline, and whoever wrote it ought to be ashamed. But the head doesn’t use the pained understatement ellipsis. Instead we see the device’s playful, unassuming, and (in today’s media environment) rather uncommon buddy. That’s the ellipsis of the deflated pause. The headline’s imaginary speaker gallops toward a conclusion, then sees a nasty fact looming ahead. The speaker draws up short and, head hanging, mumbles a conclusion. This maneuver is droll and far from self-important. Whereas the pained understatement ellipsis is, at best, rather full of itself. With the PUE, the writer signals their awareness of somebody else’s blunder: of how badly a film is doing, of how suspicious a decision was, of how morally wretched a given admission is, of how dodgy we must find a particular statistic.

At the same time, the writer—no, the writing practitioner, I insist on that distinction—employs a dodge. When placed together some words will make the throat bunch up, and that causes a hitch in the sentence’s flow. Consider the first paragraph and its examples of the pained understatement ellipsis. Try sounding those sentences without the pause. Not so good—there’s the throat catch. Now put in the ellipsis. Throat catch gone. Better, right? Sure, once or twice. But a pained understatement ellipsis decides a sentence’s tone. The PUE is called in so the sentence’s maker can get around his or her clumsiness with syllables, and then the thing dominates the sentence. To cut corners and get on your high horse, to play up your sanctimony by being slapdash, to preach while spreading verbal litter... is not great. It all seems so... 2018.