Turns out, not that bad. 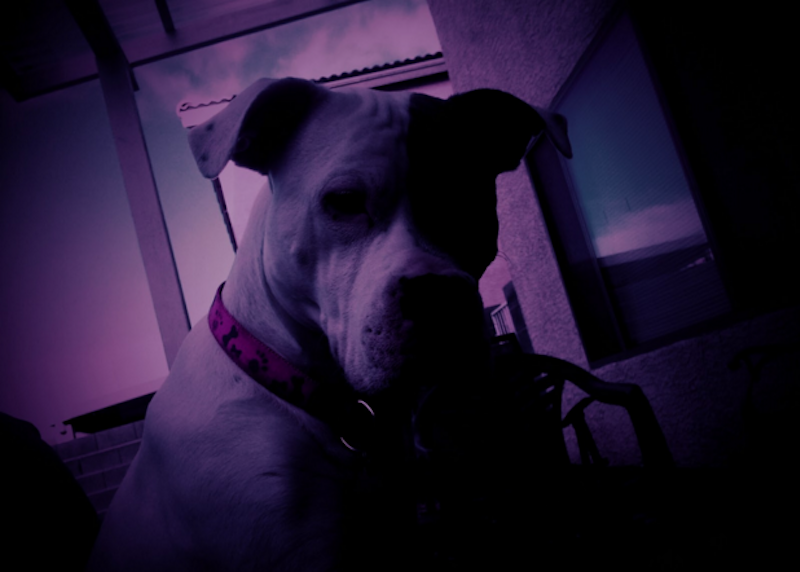 Recently, my friend Todd asked me to dog-sit for him, as he and his fiancé were going out of town for the weekend. I’ve taken care dogs of friends and neighbors over the years, but this time there was a catch that really gave me pause. The dog in question, Otto, is a pit bull. Specifically, a blue pit bull. I’m afraid of pit bulls of every color. The only dog I’ve ever had was a golden retriever that, while truly fearsome in fights with other dogs, was always just a big puppy dog with humans. I’ve had no exposure to Dobermans, pit bulls, German shepherds and the other “enforcer” dogs. In fact, I’ve given them a wide berth my entire life because they simply scare the crap out of me.

My fear of the “outlaw” breeds isn’t unfounded. Most of the dog attacks on children and the elderly I read about are from pit bulls, despite their owners' inevitable protestation that “pits” are just big babies. A complicating factor with Otto is that he doesn’t like men very much, probably because his previous owner, a man, abused him. I’d met this dog, briefly, on several occasions, and the vibe wasn’t comfortable. Also, I’d run into Todd a few weeks previously, and he had a bandage on his ear where Otto had “nipped him.”

Several years ago, living in Charlottesville, a neighbor with the scariest dog I’ve ever had contact with asked me to take care of it for a few days. I said yes. It was a German shepherd that was also mistreated by its previous owner; serious, criminal abuse—much worse than Otto got. To get us acquainted before she left town, the neighbor took me on a walk with this terrifying beast. Finishing the walk, she told me that I “wasn’t a dog person,” and it wouldn’t work out. I didn’t protest.

Todd told me to show up at his house after they’d left in the morning and let myself in with a key he’d leave out. Oh sure, just waltz in without Todd, unannounced, with a pit bull I haven’t seen in a month hanging out there all alone. My survival instinct is strong, so I told Todd I’d come over the night before and spend the night. That way, I’d have plenty of chances to buddy-up with Otto, or at least try to convince him that I wasn’t the type he’d have to take a chunk of flesh out of with his vice-grip jaws.

It didn’t go like that. Otto was unnerved by my presence. He scrutinized me warily from afar. I summoned up my courage and pet his head. It seemed to be going well, but then he started growling. Not a good sign. My thoughts wandered ahead to the next morning when I’d be alone with a dog that didn’t like me much. Todd went to bed, saying the two of us were going to be fine. I nodded, but I wasn’t convinced.

The big test came that next morning when I let Otto out of the large, cage-like enclosure he slept in. Todd had already left, and it was just the two of us now. One scenario I envisioned was Otto leaping out and viciously attacking this stranger in the house. But I had to let him out. I spoke soothingly to Otto before unlatching his cage. And it went okay. Otto was cool. I gave him some food, and then went out to the backyard and threw a ball around for him. A strategy I’d come with, for self-preservation, was to say “Otto” repeatedly. This was meant to convince him we were buddies.

As it turned out, the worst part of the experience was the anticipation. Otto and I soon became fast friends. He followed me all over the house, even trying to come into the bathroom when I showered. The tension from the previous evening had miraculously disappeared overnight.

But if Todd asks me to take care of Otto again, I won’t. I’ll make up some excuse, not wanting to go through the “orientation program“ again. I’ve done my part.