Caught in the maws of bureaucracy. 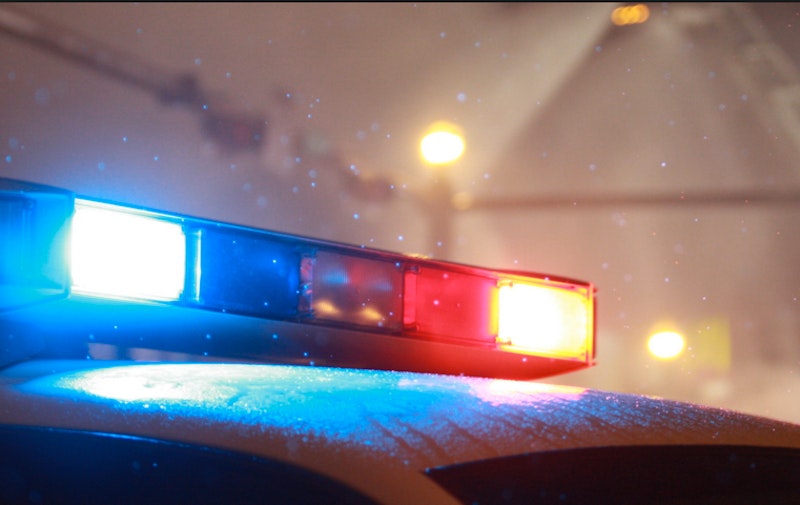 The key scene in Terry Gilliam’s seminal film Brazil involves an office worker squashing a bug on an official document transforming the name “Buttle” to “Tuttle.” As a result, the absurd clerical error causes the persecution of an innocent man by a merciless bureaucracy. Recently, I experienced a similar event.

Driving through Barstow, California on the way to Arizona, I was pulled over by the highway patrol and ticketed for driving 85 mph in a 70 mph zone. Returning home to Los Angeles, I mailed off a $325 check to cover the ticket. The check cleared and the incident was behind me. Or so I thought.

Two months later, I received a letter from the San Bernardino Superior Court stating the citation had gone to warrant for “failure to pay.” I now owed $1350 for the ticket and was ordered to appear at the Barstow Courthouse to resolve the issue. In addition, I received a second letter from the California DMV indicating my car registration was up for renewal but my account was on hold until I resolved the delinquent speeding ticket. I called the DMV and was told if I were pulled over by police for any reason I’d go straight to jail.

I called the Barstow Courthouse and an automated message said the court was only open on Tuesdays. The message indicated a web address where all citations could be paid online. I contacted the Barstow Chamber of Commerce but they were unhelpful. Next, I contacted Barstow Highway Patrol, and explained my predicament to the officer answering the phone. He laughed.

“Why are you laughing,” I asked.

“I get these calls all day,” he said.

“What am I supposed to do?”

“Appear at the courthouse on Tuesday morning and present your case to a judge. If you can show proof of payment, he’ll dismiss the case.”

“Barstow’s a four-hour drive,” I said. “What happens if I get pulled over?”

I examined my cancelled checks a second time. The check had cleared. I searched online and found a Barstow attorney who specialized in traffic tickets. I explained my situation. The lawyer said I was definitely in the right but had only two options. One, I could drive to Barstow, and spend an entire day in court with criminals, parolees and traffic violators. Or, I could pay the lawyer $250 and he’d handle the case for me. I sent the money and pertinent paperwork to the attorney that afternoon.

Two days later, the lawyer called with an update. The Highway Patrol officer had spelled my name correctly but when the citation was transcribed into the system, the office worker converted my last name from “Kantor” to “Hantor.” As a result, I was cited for two speeding tickets attributed to two different names. My payment neutralized the citation for “Hantor,” but the ticket for “Kantor” was delinquent.

The lawyer appeared in court the following Tuesday and filed the paperwork to have my case dismissed. A month later, I received a letter stating both citations were now resolved. I was out an extra $250, but having seen Brazil multiple times, I realized I was a truly lucky man.