Getting My Sandals Shined in Istanbul, Like Rod Dreher 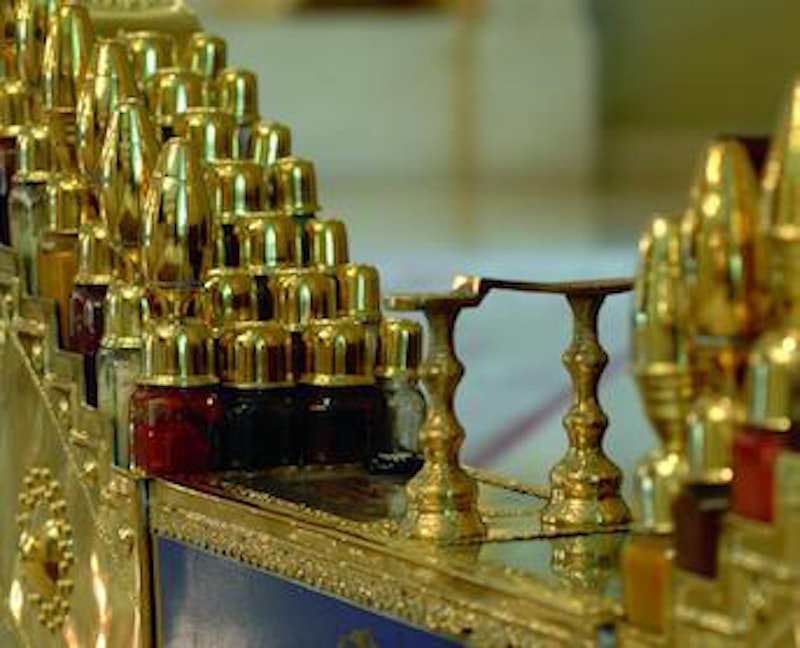 One of the episodes from the opportunist Rod Dreher’s writings that’s stuck with me involves his visiting Istanbul years ago and getting strong-armed by one of the shoe-shine men who throng the streets of this ancient city (where I am now) into paying too much for the fellow to shine his sandals.

Too much? Even the smallest fraction of a Turkish lire would be too much to pay to have your sandals shined. That’s especially so when, as is probably Dreher’s case, your sandals are run-of-the-mill nylon Tevas (we sandal aficionados call these “water shoes”), containing no leather to shine at all.

I recall reading a blog post of Dreher’s and thinking that, despite his skill in co-opting the Benedict Option lifestyle and “making a killing” from it, Dreher remained, at bottom, a chump.

Well, well—judgment precedeth a fall. On my first morning here in Constantinople I “hit the streets” early, to get my first glimpse of the Cradle of Orthodoxy and, by the by, to see whether I could find a bag of breakfast groats at a reasonable price (I had forgotten my sacked groats in Indiana, in the bustle of packing). Suddenly I found myself harassed by a shoeshine boy. The urchin was following me down the street, skipping at my side, howling, “Shine shoe, mister! Shine shoe, mister! Five dollar! Five dollar!”

This, even though I was wearing not shoes, but my usual horse-hide travel sandals—without socks, given the sensuous Mediterranean climate.

I tried to demur, but there was no losing this child. “Shine your shoe! Shine your shoe! Five dollar!” He followed me for the better part of three blocks there in Sultanahmet, Istanbul’s old city. It got to the point where he was making a spectacle of me—and I feared that I’d attract the attention of local cutthroats and bandits, even though I tend to do a good job of “fitting in” when I’m overseas.

To make a long story short, I ended up giving in and returning to the boy’s station, where, fuming, I endured his useless “shining” of the narrow straps on my sandals. Rarely in my life have I ever parted with a “fin” with the bad grace with which I handed this one over to the Anatolian delinquent.

If I ever meet Rod Dreher, I owe him an apology. It’s not as easy as I thought to avoid getting your sandals shined in the former Byzantium.

On a brighter note: Istanbul is festooned with Russian-language signage, to cater to the many Russians who come for tourism purposes. Though I can read little of it, I find it a pleasure to be surrounded by the holy Russian tongue—and by sweating, pot-bellied, sleeveless-t-shirt-wearing, shorn-headed, gold-chained crowds of the spiritually and politically superior Russian male!

To return to the matter of sharing bathroom stalls: There I was in the Indianapolis airport men’s room a couple of days ago, “downloading” the fermented mare’s milk that I’d drank for breakfast. All of a sudden, who swaggered into the stall where I was micturating? It was Father Nicodemus, my bearish parish priest, who is leading our church group’s odyssey to Constantinople, the source of the Orthodox Church.

A man naturally gets startled when he’s “barged in on” by another when he’s urinating, even when the “barger” is someone as splendid as Father Nicodemus. Before I could recover my composure, the glittery-eyed man of God, having parted his robes, was “crossing streams” with me into the bowl.

“Great men have always crossed swords,” he wheezed at me, his torso shaking like jelly. “Jesus and Disciple Peter, Alexander I and Arakchayev, Stalin and wonderful Kaganovich, Scott McConnell and the world-famous academic and super-intellectual Daniel Larison—I wouldn’t be surprised to find that all of these legendary gentleman have intersected their currents, thus establishing a physical intimacy that can lead to intellectual intimacy, and thus to great things.

“Then, too, as the Russian saying has it, ‘Wood hardens.’ And as every child of the countryside knows, two sticks rubbed together can throw sparks, can’t they, John? Or do you disagree, with me, my sweet Hoosier pigeon?”

Then, with that lusty panache with which he’s known in the Russian Orthodox convert/paleocon community, Nicodemus “stowed his pecker” (to use an Indiana country expression) and slammed out of the stall with a waft of mothballs and Jovan musk. In this way he left me there alone to finish my business while I meditated on the eccentricities of large-souled men of holiness and spiritual vigor.