"The more you tighten your grip, Tarkin, the more star systems will slip through your fingers." 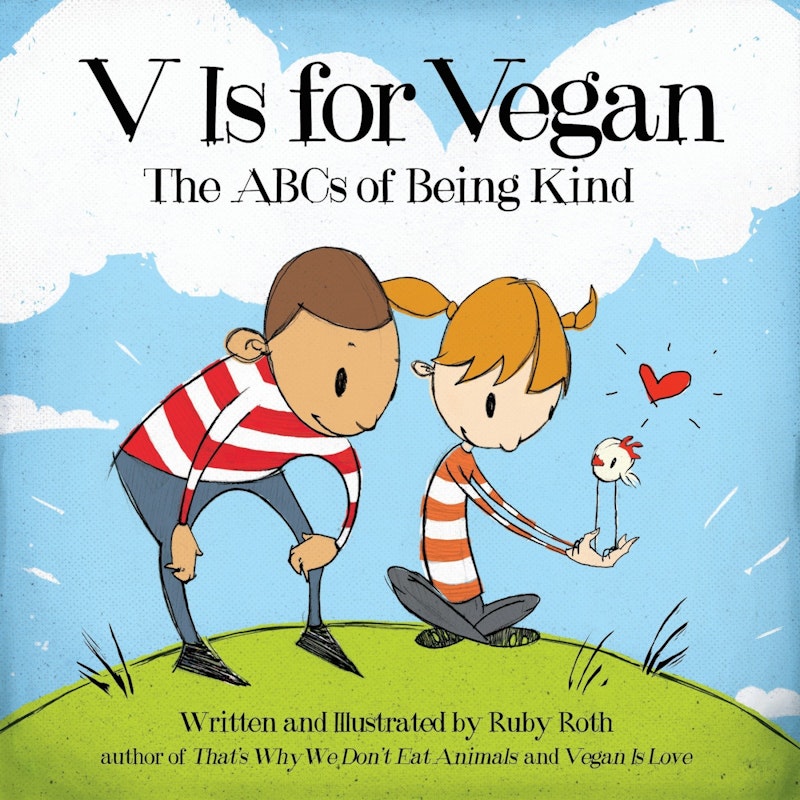 There's a scene in the original Star Wars, when Princess Leia stands up to Grand Moff Tarkin. "The more you tighten your grip, Tarkin, the more star systems will slip through your fingers," she insists. I often think about this when it comes to anti-speciesist parenting—if I'm too draconian about my beliefs, it could backfire.

Cornell professor Sherry Colb articulated this fear in Eric C. Lindstrom's book, The Smart Parents' Guide to Raising Vegan Kids. "I suppose when [children] decide to rebel against their parents that veganism might be a target," she said. "At some point, it has to be their decision, and that might mean following the overwhelming majority of their peers and consuming a nonvegan diet."

Despite the risk of backlash, I want to pass on compassionate values to my daughter and any other children my wife and I might have. Some guidance feels necessary in a world in which they’ll be confronted with 48-foot billboards advertising animal corpses. I hope to offer this in many ways, but one of those is through books. Here’s a list of five great children's titles with animal-rights themes:

Dave Loves Chickens by Carlos Patiño: Illustrated in a style reminiscent of Courage the Cowardly Dog and SpongeBob SquarePants, this 2013 gem from Vegan Publishers focuses on an extraterrestrial who's puzzled by humanity's meat-eating ways. The silly tone expertly masks a serious message. This is my favorite of the bunch.

V is For Vegan: The ABCs of Being Kind by Ruby Roth: Taking readers through the alphabet, while introducing various concepts related to animal rights and plant-based living, this North Atlantic Books title also came out in 2013. It has a wonderful sense of humor. For instance, on a page devoted to different types of legumes, we find a boy in the lineup, marked “human bean.”

'Twas the Night Before Thanksgiving by Dav Pilkey: This Scholastic book, originally published in 1990, takes inspiration from Clement Clark Moore's well-known Christmas poem. The art brings to mind Peanuts and Calvin and Hobbes. I'm not sure if Pilkey set out to write a pro-animal title, but in telling the story of a group of children who rescue turkeys from a meat farm, he ended up doing so.

Not a Nugget by Stephanie Dreyer: Featuring Jack Veda's cute illustrations, this 2015 self-published work explains animals have feelings and personalities of their own, and are not food. The book is a little more forceful in communicating its message than the titles I've listed so far. Gene Baur, the founder of Farm Sanctuary, wrote the foreword.

Vegan is Love: Having Heart and Taking Action by Ruby Roth: With multiple paragraphs on a page and a few distressing images, this 2012 volume from North Atlantic Books is meant for somewhat older kids. The darker tone might keep it out of regular rotation, but I think it’ll serve as an excellent conversation-starter. The artwork is absolutely gorgeous, as demonstrated by the cover design.