Is Cherry Too Well-Written?

The book is as much MFA as U.S. Army. 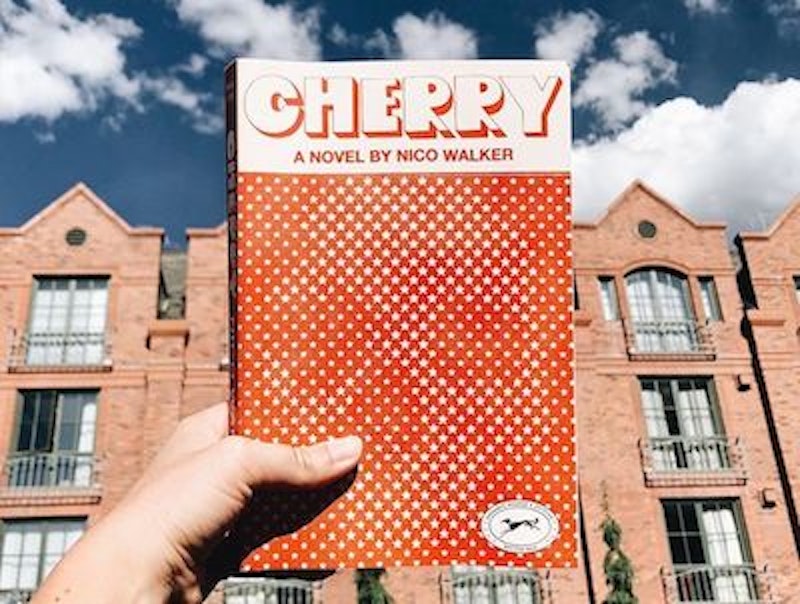 Cherry, the new novel by Nico Walker, is getting a lot of praise. The book, a spare “buzzsaw” (Wall Street Journal) of a novel, is the semi-autobiographical story of Walker’s journey from Ohio druggie and layabout to army solider in Iraq to PTSD bank robber and heroin addict back home, and then to prison, where Walker is now. Cherry has drugs, sex, combat, crummy jobs and Middle American despair.

Cherry is searing and often brilliant. However, while reading the novel I had a feeling brought on not by the weakness of Walker’s prose, but its quality. Cherry is immaculately written, almost like cyborg had composed it. It has professional rhythm, as if a student at the Iowa Writer’s Workshop had read Michael Herr’s Vietnam masterpiece Dispatches, the works of Hunter S. Thomson, and crime novels of Jim Thompson,and then honed an original story with multiple drafts. Open Cherry randomly and you’ll find some variation of this:

And I thought still it’d be alright but then I ran into some bad luck. I’d taken a barr and drunken a Gato Negro. I knew better than to do some shit like this; I’d always been lightweight when it came to the benzodiazepines. But I was broke and the barrs were the only drugs I had and Zoe had wanted to do drugs and I hadn’t wanted to disappoint her. And I don’t believe in giving anyone anything I wouldn’t take myself, so I took a barr; that’s when I blacked out.

Cherry is over 300 pages of this. The book has been praised in The Washington Post, Esquire, NPR, Mother Jones, AV Club, Entertainment Weekly and The New York Times. A New Yorker feature is forthcoming. As Daniel Rathburn put it in Vulture, “It wasn’t just Walker’s backstory that augured good press. Cherry sits in the center of a Venn diagram of Trump-era flash points, which coastal critics are dying to have artfully explained to them: opioid addiction, the plight of veterans who shouldered the burden of misbegotten wars, and the way institutions have failed the white working class. (Walker is more fallen middle class, but no matter.)” Vulture’s Christian Lorentzencalled it “the first great nove lof the opioid epidemic,” and praised Cherry’s lack of “traditional psychologizing.”

Heaps of praise from elite critics and, as recently reported, $1 million for the movie rights. A cynic might detect a kind of street-cred hoarding by the soft, chai-drinking panjandrums of American culture.

This seems more likely, although not a sure thing, when one considers how Cherry was birthed. In the book’s acknowledgements, Walker reveals that Knopf editor Tim O’Connell had a heavy hand in Cherry’s production. After going through several drafts with different editors at Tyrant publishers—editors who sent Walker other books to read to use as models for his style—Cherry landed on O’Connell’s desk. According to Walker, O’Connell dug in. Here’s Walker in the acknowledgements: ”And I was looking at Tim’s changes. And there were some big edits. And there were some big changes. And I was like Tim, what about these changes? He said, these changes are good. I said yeah, well… And it was kind of a thing.” As originally written, Walker’s main character was much less “nice.” Goaded by O’Connell and a third editor, Walker caved in.

I’m not suggesting that Walker is the same category as Raymond Carver, whose stories were notoriously rewritten—and possibly even flat-out written—by editor Gordon Lish. Still, there is an ultra-cleanliness to Cherry’s dirt. The rhyme of the sentences hum with a cold, bloodless velocity that seems more the work of multiple revisions done at a writer’s workshop than something produced with the sweat of a flawed human being. The individual voice is so sanded with a studied bad-assery that the blood is missing.

One of the things I like the most about some of my favorite novels are the parts where the author has put his thumbprint, an aside or a digression that reveals the idiosyncratic creator. Cherry’s hard-boiled style is reminiscent of the great crime novelist Jim Thompson. In Thompson’s Savage Night there’s a section where the killer gets a job in a baker, part of his plan to pose as a student and stay undercover. Thomson ladles on the details about measuring flower, working the dough—and getting locked into a freezer. It’s a funny and bizarre digression, but I understood it better years later when I read a biography of Thomson and discovered he’d worked in a bakery when he was young.

The Catcher in the Rye—like Cherry, a book about trauma—has a small section where protagonist Holden Caulfield talks about how much he loves Isak Dinesen’s Out of Africa. The reference seems to pop up out of nowhere. Hunter Thompson, a former sportswriter who got kicked out of the Air Force and whose drug use is echoed in Cherry, would often go into sports digressions. In the middle of a long article about Watergate or Las Vegas there would suddenly appear an analysis of the 1972 Washington Redskins.

There’s nothing wrong with books that maintain a strong and tightly-controlled tone through hundreds of pages, drawing readers into a engaged, dreamlike state. The Great Gatsby,The Color Purple, The Stranger, Dune, One Flew Over the Cuckoo’s Nest—all of these books tell their stories with masterful control and expression. Yet Cherry is marketed as the memoir of an amateur, a kid who came out of Ohio, was badly scarred by war, and transformed into a criminal drug addict. There should be some bumps and rough spots, like the great grunt literature that came out of Vietnam. For covering such intense subjects, Cherry is arid.

But maybe it was meant to be. Maybe Walker was striving not for Raymond Carver or Jim Thompson but American Psycho. The critics are praising Cherry as a fearless revelation into the heart of Donald Trump’s America, but the nameless protagonist of the book is a drug-using loser from the first page, even before he has gone to war. Cherry might have less to do with Trump than an honorable young man who is coming clean about the mistakes he has made and what a heartless monster he is. Perhaps editors and Knopf and now the liberal producers in Hollywood want to prevent that kind of honesty.