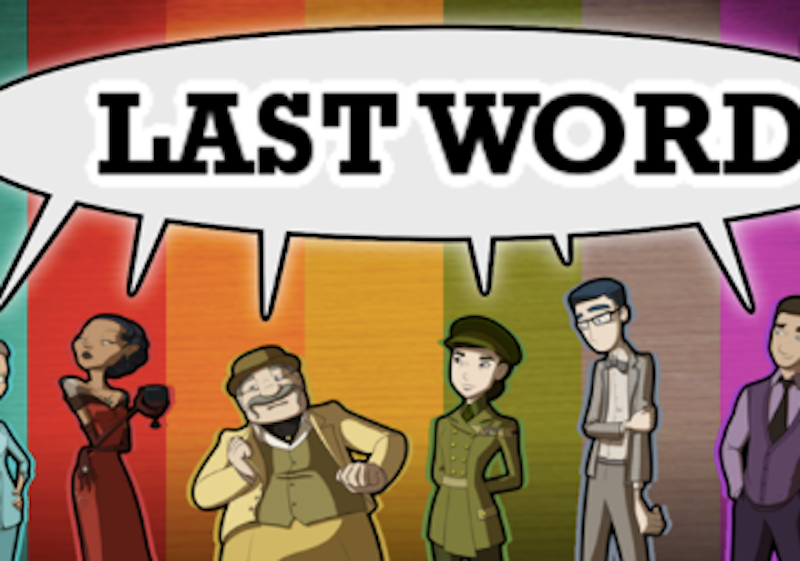 There’s a board game called Mid-life Crisis. “Can you survive your mid-life crisis without cracking up, breaking up, or going broke?” asks the writing on the box. I’m the right age to play, but haven’t accumulated any of what I’d need in order to lose. I came across the box at a café in Lisbon some time last week or four years ago.

I was two months into a grander tour—if “the grand tour” is traditionally taken at 20, the same journey at 40 must be grander—undertaken in standard 19th century-fashion to ease the pain of a romantic betrayal. It wasn’t working. Weeks of wandering Europe alone had brought me in my mind even closer to what I’d fled. Imaginary conversations with my enemy replaced the real ones I wasn’t having with anyone else. I’d walk through museums, squares, tree-lined promenades, linger before paintings, statues, and fountains, stand before buskers, painters, and mutes offering to make my silhouette, look out at the ocean, snap a photo a picturesque bridge, wander into churches, a Capuchin crypt where I’d stare at a pile of skulls staring silently back, the whole time speaking to him, telling him off spectacularly. My words, my revenge! No, justice. Yes, justice! A speech to make sure he knew he’d lost me forever, a litany of proof of how he was wrong and mean and beneath my disdain, the right words, yes, just the right to make sure he knew I no longer cared. If indifference is the ultimate cruelty, I would approximate it. I would perfect it.

I was perfecting my indifference over my guide book and a cup of coffee when I spotted Mid-life Crisis on a table nearby, and felt upon reading the instructions an overwhelming sense of shame—why at my age did I have so little to destroy? It was next to another board game called Last Word, which the box described as “an uproarious race to have the final say.”

Last Word is played with a timer that goes off at random, making strategy impossible, the instructions explained. The timer is set, a prompt is read aloud—“Names of animals that start with the letter C, Go!” Then each player says a word and whoever speaks last, before the bell sounds, wins. More than once, the instructions counsel would-be players: “Remember, they’re your friends.” A reminder to play nice? Or a reproach for surrounding yourself with assholes?

Most of us think we want the last word, that the right thing said can suffice for the last thing, giving us the “closure” recommended in magazines and self help books, giving us ownership over whatever it is we’re attempting to close.

But let's say you’re good with words, that it’s your business writing them, so you go ahead and write a last one—violently punishing or magnanimously forgiving—and he doesn't write back. Is the last word still the last word if it’s ignored? If it went straight to his spam folder? If a tree falls in the forest and no one is there to hear it, did it achieve closure?

The tricky truth about the last word is that we say it wanting a response, some appreciation for having fashioned such a good and just finale, but then that very response makes it only the second to last word. Perhaps you want the response to be dumbfounded acceptance, but acceptance, too, is a kind of retort. What if your opponent nods? Accepts blame? Becomes the loser but also, with that, the bigger person, stealing your righteous closure?

The only people who ever get a satisfying last word are sitcom characters; they say their piece and the audience cheers. What we need are more studio audiences.

Whether breaking up or telling someone off, to get the last word you need at least one witness or a round of applause, and the curtain needs to come down right after you finish your speech. Writers write movies, novels, plays, and poems, providing a definitive record of what happened, according to them. Dante punishes his frenemies in The Inferno, and then sends himself to Paradise where he’s lauded. Philip Roth’s ex-wife Claire Bloom got the last word in her memoir about their relationship, Leaving a Doll’s House. Then Roth got the next last word in his novel, I married a Communist, in which he describes Bloom’s vicious need to get the last word. But then the critics weigh in. I never read my reviews,a writer might insist. I never heard that tree fall.

My friend Amanda’s husband cheated on her, so she sent him a box of horse manure through the mail and, being a magazine writer, wrote a service article about the company that provided the shit. A year later, he emailed, “Hey.”

Gravestones with perfect epitaphs are covered in graffiti. Legacies are misunderstood. In Edinburgh there’s a statue of David Hume, staunch critic of superstition—tourists rub his big toe for good luck.

Some people can’t end a relationship because they can’t end an argument—because both parties will not concede the final say—so they get married, vowing to argue forever. One couple I know visit a marriage counselor once a week where at least they have an audience, though as far as I know she never applauds. She says instead, “That’s all the time we have for today.”

At restaurants and cafes and bodegas, who gets the last word when both customer and employee say: “Thank you, have a nice day.” “No. Thank you!”

How do you know when a sexting session is over? A defensive strategy is to assume it’s always over. Type every word as if it were your last. Type “xx” at the end of every sweet something. “I love your cock. xx”

What is the sound of one clapping hands emoji?

I wrote a fantastic break up email, I remember, concluding again a relationship that ended repeatedly. Looking up from my computer, I remember thinking, Closure! Satisfaction! Freedom at last! and then spent the rest of the day refreshing my inbox.

If you’re famous and have done a bad thing, wait until the jury has delivered its verdict, and all the pundits have delivered their judgments, and all the people who know you have published their memoirs. Wait until absolutely everyone has had their say. Then hire a ghostwriter and say: I didn’t do it, but “if I did,” here’s how.

Life’s filled with words, but how many of them last? The author Iris Murdoch is remembered by most for being senile. Twenty-four books but the most famous, the one made into an Academy Award winning movie, is based on the words of her husband, his remembrance of her in the years after her words failed. King takes Queen. Would she have liked the book were she alive to review it?

Vietnam is a quagmire. The war is cold. “I did not have sex with that woman.” “Is this the dress?”

Unwilling to lose, we all end up losing more: “Let’s get married.” “Send more troops.” “I hate you. Should we have another child?” Forfeit closure, and you’re free to go. Closure is the credit card you left with the bartender.

In college I advised a nervous friend: “Always be the first to get off the phone. If you hang up first, he’ll call back first!” I sat next to her as she dialed her crush. A flirtatious laugh, a brief chat, then her eyes suddenly wide. “No, no!” she yelled into the receiver, “It is I who has to go!”

Quit your shitty job. Tell your boss off on your way out. Then write his name and number on a list of references requested by a prospective employer.

Henry David Thoreau's last words were “Moose” and “Indian.” Recently a critic in The New Yorker took him down, re-appraising Walden. The gist: It’s not very good. She got the last word, if you don't count the comments section, or the reaction pieces in blogs and on Facebook that came after.

Languages other than English suggest a keener acceptance of not getting the last word. Their words for hello and goodbye are the same, like a revolving door that never closes, suggesting conversations never end, only stop. Aloha, closure doesn't exist.

Some people's last words are “Help” or “Ouch,” or “Oh no,” or “Don't!” If we could catalog all the last words ever spoken what would that look like? How many “Help”s? How many “Oh no!”s? How many "Either the wall paper goes, or I do"?*

“Don’t take life too seriously. Nobody makes it out alive anyway,” someone once said, definitively, before someone else repeated it even more definitively and put it on a poster bought by a college-bound 18-year-old, who put it on his dorm room wall and lay crying underneath it when his first girlfriend cheated on him with his roommate.

With his famous paradox, Zeno asserted that because one can halve a length indefinitely, one can never actually reach any desired end. Instead, you’ll always be only halfway toward wherever you’re trying to go. Your lines will always be the set up for someone else’s.

If no one can ever get the last word then, but only, indefinitely, approach it, perhaps the closest words to the last are those you say to yourself in a café last week or four years ago, when you realize finally there’s nothing left to say to him. Or, more truly, that though you’ve plenty more to say, that though you’ve an infinite store of exacting retorts, it was never the words that mattered.

The timer is random. Strategy, impossible.
Remember, these are your friends.

*“Either the wallpaper goes or I do?”—last words of Oscar Wilde. (Apocryphal).

When Edgar Allan Poe was on his deathbed, he reportedly whispered: “Croatoan.”

“Is it not meningitis?”—Louisa May Alcott

“Pardonnez-moi, Monsieur.”—Marie Antoinette, after stepping on her executioner’s foot.

“Such secrets have been revealed to me that all I have written now appears as so much straw.”—Thomas Aquinas

“Am I dying, or is this my birthday?”—Lady Nancy Astor

“Oh, you young people act like old men. You have no fun.”—Josephine Baker

“Die, I should say not, dear fellow. No Barrymore would allow such a conventional thing to happen to him.”—John Barrymore

“Applaud, my friends, the comedy is over.”—Ludwig van Beethoven. (Apocryphal)

"Pity, pity, too late!" (referring to a case of wine that failed to arrive)—Beethoven’s actual last words, according to his biographer Alexander Wheelock Thayer.