An Advocate for My Mom

Navigating the vicissitudes of the healthcare industry in 21st century America. 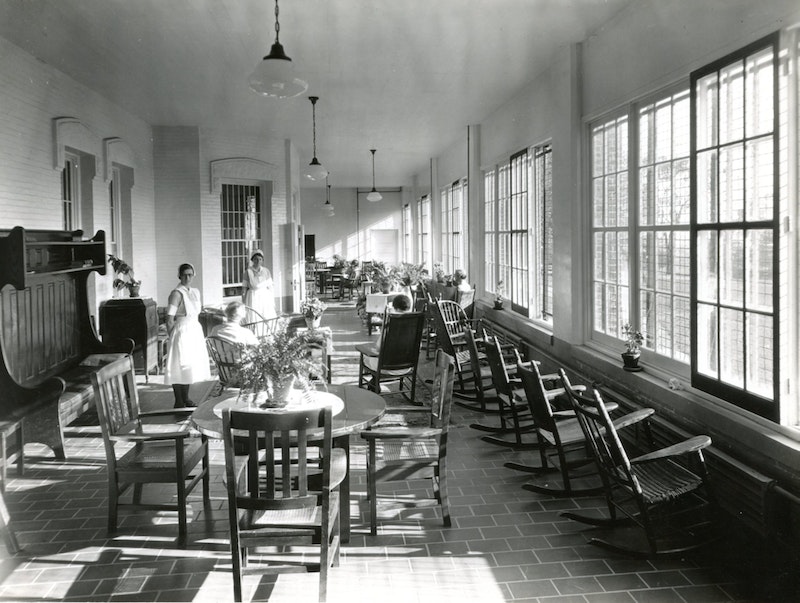 My sister Kim and I are mom’s healthcare advocates. Since a hip fracture and surgery five years ago, and a long recovery that changed her life forever, Kim and I have been on the forefront of mom’s care, advocating for her at every turn. We weren’t prepared for it. One moment everything was fine, and we were getting ready for Thanksgiving and the next, we were thrown into a world that was unfamiliar and terrifying, but we had to learn how to navigate the health care system; mom’s survival depended on it.

My sister and I have very different personalities and very different approaches to solving problems. She has a keen ability to sift through the crap to get things done. When she sees a problem, she determines the most direct path to solving it. In contrast, I prefer to analyze a problem first, and then determine the best approach to a solution. Each of our methods works, depending on the problem, and we’ve also found that there are times when both approaches are often necessary to achieve the desired outcome.

We learned the importance of maintaining a written record. I purchased several spiral notebooks and used them to record everything. My sister and I both held full-time jobs and had a lot going on in our own lives, and there was no way we could remember everything we’d said or done. The journals were instrumental in keeping us on track and we were able to easily pass information back and forth to one another, as well as keep a record for future reference.

Included in the journals were notes on discussions with mom’s health care teams, contact lists for medical staff, their job functions and responsibilities, as well as information about hospital hierarchy. We had information about mom’s personal finances, notes related to phone calls made on her behalf, to-do lists, and everything to do with her life at home. We filled at least a half dozen of these journals, every page, front and back, just during the five months following her hip surgery.

One of the ways in which we were able to keep a constant update on mom’s care was the patient portal.  The portal included a constant update of tests like vitals, bloodwork and imaging, and we checked every few hours to find the latest. Our companion to the portal were the Mayo Clinic and Harvard Medical School websites. We used them as resources to interpret lab and imaging results. Those resources aren’t a means of diagnosis, rather they helped us better understand the reasons for the tests, and what the results could indicate.

Another important thing we learned was the importance of communication—among hospital staff, and between the staff and us.  We worked with CNAs, nurses, doctors, therapists, lab techs, dieticians, housekeeping staff, patient advocates, social workers, case managers, and discharge planners, and we made sure we were all on the same page. We made it clear that we while put our trust in their skills, we’d be there every step of the way, asking lots of questions and being involved in all decisions.

Over the past five years, Kim and I learned a lot about developing relationships with the medical staff. We have different approaches to people. We had respect for the medical staff, especially the nurses, who were often overworked and didn’t have enough assistance or resources to do their jobs. Knowing this, we always approached them with a tone of respect. However, there were times when our concerns weren’t addressed timely or adequately, or a staff member didn’t give us the same courtesy of respect, forcing us to take a stronger and more aggressive approach. That approach wasn’t always well-received, and sometimes met with hostility. Knowing that the hostility could affect the quality of care, sometimes I stepped in with a more emotional approach, which seemed to calm them.

My sister and I never asked the medical staff for the impossible. We just wanted answers to our questions; we wanted to be heard, understood, and taken seriously. We didn’t mind being corrected; we just didn’t like being dismissed and ignored. Our view was that any mistake was one too many, and during mom’s care there had been a few mistakes that could have ended tragically. I’m sure members of the medical staff may have thought we were overly dramatic and too assertive at times, but we have no regrets.

We began patient advocacy as amateurs but as time went on, we became savvier and wiser. Being mom’s advocate wasn’t something we had to do; it was something we wanted to do. The experiences we’ve had changed us both for the better. We’re not only better daughters, but we’re better human beings, too. While Kim and I wish we could turn back the clock and prevent that fall that changed mom’s life, I’m not so sure we’d undo the struggles we endured. We’re stronger women through overcoming seemingly insurmountable obstacles. We’ve triumphed over adversity.

—Read more of this series: (Caring for Mom, What Mom Nearly Lost at the Hospital, Mom’s Baseline, and It’s Merely Change)