Many of us didn’t crawl before we could walk. We found other ways to get around. 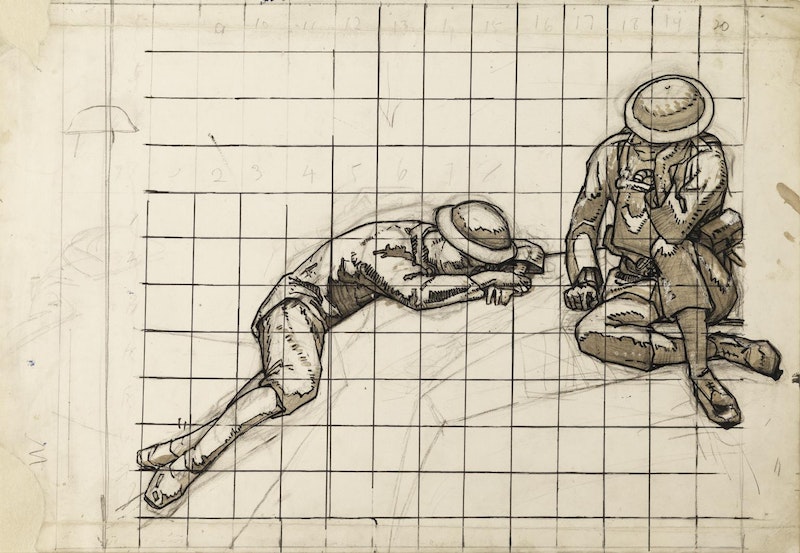 “You’ve got to crawl before you can walk.” You’ve heard this one before. It’s a metaphor about doing difficult things that arises from our shared experience—first as toddlers, then as parents. It means that you’ve got to put in the work to accomplish large things, and that you shouldn’t expect to be promoted from clerk to c-suite your first month on the job.

As a sentiment, I understand and half-agree with it. You’ve got to put in the work, but don’t be too deferential to others’ opinions about the right pace for your ambition. As a factual matter, it’s wrong. Many of us didn’t crawl before we could walk. We found other ways to get around. Some babies are butt scooters, others crab walk, and I rolled everywhere. Then I pulled myself up onto things and experimented with the controlled-falling that’s walking until I got it right.

My five-month-old daughter Sparrow has resisted crawling, though not for lack of muscle. Her legs since well before birth have been crazy strong. When my pregnant wife would suddenly double over with pain, I knew the baby had kicked again. Her kicking was probably the reason for the low amniotic fluid and the early delivery. Not long after we got her home from the hospital, I remember Sparrow standing on up on my lap, straight as a board and refusing to sit. She wailed right in my face to make her hunger known. Another time, we put Sparrow into Johnny-jump-up expecting that she’d bounce. She simply used it to practice her steps.

Anj took her to the doctor for a check-up. Holding onto mommy’s hands for balance but only that, Sparrow walked the length of the examination table for the doctor and nurse. She got to the end and had no place left to go. She shifted into stationary footwork. “Is she marching?” the doctor asked, and admitted she’d never seen such a thing before.

I told some of these stories to our insurance agent. He answered with a story of his own, worthy of Aesop. Two of his sons are fraternal twins. Though they were born at roughly the same time, they developed differently. One son was not a crawler. He scooted on his butt most places. His brother developed much faster and started walking and even running while his brother kept on scooting.

One time, the butt-scooting kid wanted a toy that was across the room. He motioned at it in a way that was obvious enough for the more mobile brother to understand. He ran and got it and ran back to his brother. But rather than hand it over, he gloated. The walker made “nya-nya!” noises and ran laps around the butt-scooter, who got madder and madder. Finally, the scooter reached out and grabbed his brother’s ankle and sent him tumbling.

Our insurance agent could tell this story because he saw it all go down. The boy who had a hard landing cried, of course, and sputtered, and tried to get his dad to see the injustice of the violence his brother had just done. While he was doing that, the slower brother seemed unconcerned. He retrieved the toy, put it on his lap, and quietly scooted away.