The heft of the crimes outweighs the significance of the perpetrator. 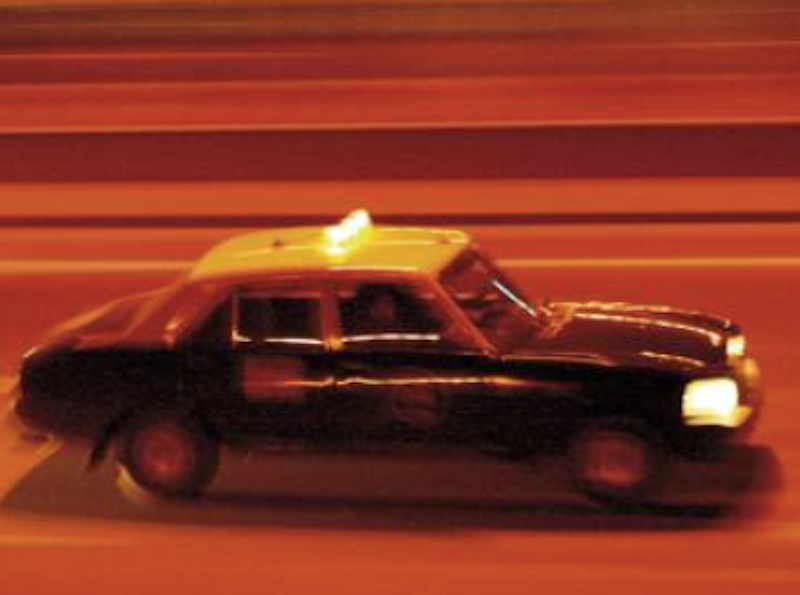 It’s easy to describe what lies on the surface of Argentine writer Carlos Busqued’s recently translated Magnetized. Over the course of a single week in September of 1982, four taxi drivers in Buenos Aires were targeted and murdered. Each scene was the same, each murder as precise as inexplicable. Death by shooting. No money taken. All photos of the victims are stolen. The perpetrator eventually fingered for the crimes was an odd but apparently sane 19-year-old boy named Ricardo Melogno. Nearly 30 years after his conviction, Busqued begins visiting Melogno in prison, revisiting not only the crimes themselves but also engaging with Melongo’s odd and fragmented mind. The results are a compelling book “constructed from forensic documents, newspaper clippings, and interviews with Melogno.”

By that description we might think we know what we’re in store for. Maybe an In Cold Blood treatment that sprinkles literary fairy dust over a few bloating corpses. Maybe an Executioner’s Song apologetics for the victimized murderer. But what makes Busqued worth reading, and why we should be grateful that Catapult has decided to translate and publish him, is that his murder-writing shifts noir into pleasantly unexpected terrain. Somewhat familiar with Busqued’s previous work, I’m tempted to call it “stoner-noir,” where acts of violence, memory, and ambient cultural flotsam feed off one another. Unexpected connections are made. Previously invisible patterns form ominously—in conversations, in the cracks in prison cell walls, between this particular murder case and a thousands other cases you’ve seen fictionalized on trashy television—and just as unpredictably disappear. While there isn’t a literal stoner subplot in Magnetized like there’s been in Busqued’s previous novels, the sensibility is still there. It’s trash-pop culture mixed with Ovid, where people who might be innocent one minute transform into terrible monsters before regaining their previous form. To paraphrase T.E. Hulme, nothing suggests itself. The anodyne decays into the ineffable then rematerializes into the banal. Back and forth, traversing a strange polarity.

This is something Busqued is used to doing. His previous novel (also his debut), Under This Terrible Sun, utilized a similar kind insinuating style. The plot centered around a young man returning to his home town to tie up all the bureaucratic loose ends in the aftermath of the death of his brother, mom, and mom’s boyfriend in a double-murder suicide. Busqued’s style ensures that the macabre overflows the boundaries of the crimes themselves and infects even the most typically unconnected events and characters with a monotone perversity. The effect is hypnotic and unnerving. A grim sense of unity connects every character, action, and perception. Everything is tangled in the same paranoid web. And just like a stoner’s best friend, the fractal, each individual part of the novel is a tiny model of the whole. He’s one of the best living Argentine writers translated into English today.

A similar process is at work in Magnetized as in Under This Terrible Sun, only Busqued’s ambitions are slightly more sophisticated in his second work. Instead of everything becoming infected by the macabre, our sense of moral certainty—the only handholds we have on reality in such a tightly-focused work of true crime—slowly disintegrates through the course of the book. What begins as revulsion at Melogno and his crimes undergoes a series of upheavals and reversals. The reader moves through fascination, curiosity, suspicion, and confusion. We learn about Melogno’s abusive mother who, according to a psychologist, does everything she can to “make sure [Melogno] ends up with a severe mental disorder.” As a child he hears voices and feels the presence of spirits in his mother’s house: “There were things, spirits, in the house. When my mother locked me in, I walked around the house with a knife in my hand, because I was scared of all the things I could feel there.”

We wonder if Melogno’s time in the military had some sort of adverse psychological effect on him, but we’re told that it was actually a time of stability—despite being incarcerated for a crime he swears he had nothing to do with—and besides, “I went in there like that.” We look for some sort of origin for the violence, but everything feels suspect, and so nothing does. In what could be taken as a synecdoche for the spirit of the book, Melogno says during an interview:

“According to psychiatrists, I have (or at least I had) a condition called paraphrenia, which is the ability to be in this world and another one at the same time. I could be talking to you for example, while in my head, I’m somewhere else completely, at the same time. This would happen to me naturally, without any effort on my part.”

Melogno is guilty. We’re sure of that. But the heft of the crimes outweighs the significance of the perpetrator. Whether he’s being tortured by his mother, incarcerated in the military, experiencing homelessness while being on the losing end of a dubious economic system, the voices that Melogno hears and the spirits exerting pressure on him are just more of the same. Dramatic and strange, certainly, but no less mysterious or powerful than the military or the jurisdictional complexities which condemn Melogno as guilty when within city limits but innocent by way of insanity when he’s outside of them. Is he evil? It might be more accurate to say that he’s a vessel for evil. “Why do you pray to the devil?”, Melogno is asked. “Because I feel him.” As he explains his folk religion to his interviewer:

“Santería is difficult to explain. It involves earth spirits and light spirits. The earth spirits are what in Christianity you’d call devils. Many of them lived on Earth at one time, and so their evil is of this world, the deceit of this world. There are candomblés [songs] from the Quimbanda religion that name Pomba Gira as Lucifer’s wife. Pomba Gira has seven personalities, as does Tranca Rua. Pomba Gira is a spirit commonly used for protection by those involved in prostitution, and by transvestites, the same way that criminals have Saint Death or Tranca Rua, the spirit who opens pathways. Tranca Rua is the lord of all roads, he is always in cemeteries, he handles souls. Just like Saint Death, they are pagan saints who act as intermediaries between the living and the spirits.”

In the course of the book, these forces become just a few more among many others. Psychotropic drugs. Poverty. War. The Devil. The prison. All of them competing for control over their subjects.

Busqued, by portraying for us this strange diorama of contemporary gods instead of working in the black and white of a morality tale, has accomplished something unique. In reacquainting us with the forces which inhabit us, which mysteriously cause us to kill or love or suffer, Busqued estranges us from our cliche expectations about what true crime literature should do. The Soviet critic Shklovsky called these expectations “habituation,” and believed that the goal of art is to make the “stone stoney,” to enchant the world with significance. The great artist does this not by staging simplistic political positions or moral answers, but by turning the world back into a wondrous question. Some might argue that this is a way of undermining the notion of simple truth, but truth is never simple. I’d argue that Busqued is reverential towards truth, the way a mystic struggles in awe to understand God as something both intimate and ineffable. The mystic experiences the power of the deity within that tension. Magnetized lives within a similar tension, slowly spiraling around certainty, watching it recede the closer we get.