Russia in WWII and the Hope of Union with Belarus 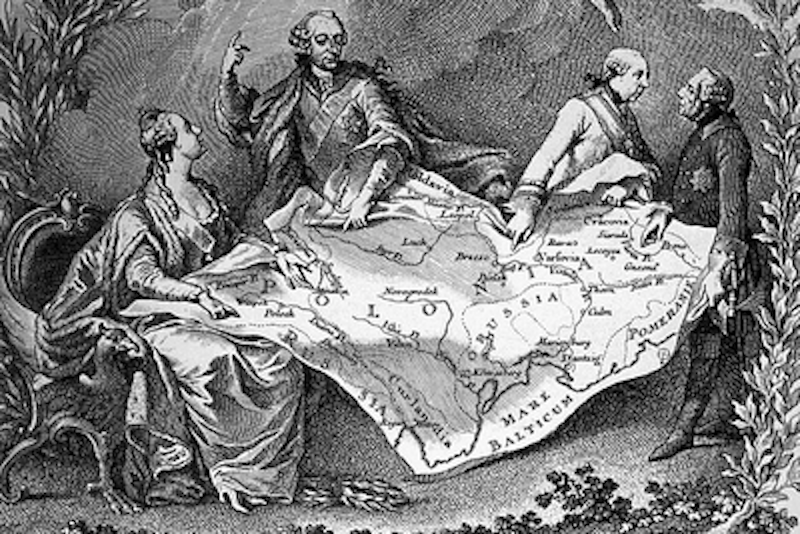 An unfortunate tiff, this one between Poland and Russia and concerning responsibility for the Second World War. The paleoconservative, who admires only Putin’s Russia more than he does Poland, can have no dog in this fight, but must look on this contretemps as he would one between two treasured friends, if not between his children.

No historian I, but Mr. Putin does seem to be telling a “stretcher” in ascribing to Poland responsibility for the great bloodletting of 1939-45. I suspect that Mr. Putin feels the moral pressure of his distortion of the truth and that he’s playing here to some domestic political audience—but which one?

Our small Russian Orthodox mission church here in Indiana boasts several Russian-immigrant parishioners as well as, in hearty Father Nicodemus, a native Russian priest. They would all be sources to whom I could turn for an education in the issues at hand in this Russo-Polish spat. Yet, in this last week of our holy Advent season, mere days before we Orthodox celebrate the joyous feast of the birth of Our Lord, I hesitate to demand of them a genuflection to the tawdry idol of geopolitics.

It’s especially to be lamented, however, that the Polish prime minister allowed himself to indulge in such hurtful words towards his Russian cousins. I suspect that, when the smoke clears and tempers have cooled (no thanks to the Western press, which is doing its gleeful best to stoke this conflict), he’ll regret his outburst.

I should also add that Russia has good reason to resent its Western portrayal as a villain in the run-up to the Second World War. This is not the place to rehearse the intricacies of interwar European statecraft, but the Soviet Union had, according to reputable contemporary Russian historians, good reason for its alliance with Nazi Germany in the so-called “Fourth Partition of Poland.” In the face of genocidal anti-Russian sentiments in the ministries of the Western powers, the Kremlin acted responsibly in signing the Molotov-Ribbentrop pact and thus gaining itself an added Polish “buffer zone” between the Russian heartland and potential Western invaders. If that fact exercises our Polish brethren, that’s unfortunate, but so be it. Such are the tragedies of history.

Meanwhile, if Mother Russia attracts more than its share of abuse for “instigating” the Second World War, it doesn’t get enough credit for its role in protecting until 1991 a huge swath of Europe from the virus of liberalism. As a degenerate liberalism continues it depredations, we have more and more reason to miss the existence of the Soviet Kremlin’s “Holy Eastern Citadel,” as we Russian Orthodox increasingly like to call the late lamented Warsaw Pact.

We small band of parishioners in our church have grown accustomed to Advent season sermons that prepare us spiritually for the miracle of the Incarnation.

But this Sunday, Father Nicodemus “switched gears” a bit and centered his sermon not on the “good news” of Christ’s coming birth, but on the “good news” of on increasingly likely integration of Belarus into the Russian Federation. Belarus’ return to the Kremlin’s fold would strengthen the Kremlin’s strategic position on the continent—and would make more likely a future annexation of the entirety of a de-Nazified Ukraine. At that point, the Russian Empire would be, as Father Nicodemus put it with a winning cackle, “back in business.”

At any rate, Father Nicodemus did a masterful job in associating the Star that shone over Bethlehem during that fateful Nativity two millennia ago with the beckoning “star of hope” that a possible Russia-Belarus Anschlussmust represent to the Russian Orthodox faithful—as well as, in a deft rhetorical stroke, with the actual red decorative stars that Comrade Stalin placed atop the spires of the Kremlin towers, in particular (for Father Nicodemus’ purposes) the Borovitskaya tower.

Sermons lose much in the retelling, so I’ll refrain from quoting Father Nicodemus. I do want to point out, though, that the Russian Orthodox church has received too little renown for its priestly sermonizing. Not that it will ever become a hotbed of Bible-thumping oratory, on the model of the vulgar Protestantism that has long defined “religion” here in the United States. But in Father Nicodemus and in several other Russian Orthodox priests I’ve found men with an ability to express spiritual truths in a lucid, simple manner—an ability that I never found among the preachers of my Methodist youth nor among the priests whom I encountered during my sojourn in the Roman Catholic Church.

On that note, as the Eastern Christmas—our convivial Rozhdestvo—approaches, I wish readers all the joy of the season.

CHRIST IS BORN — LET US GLORIFY HIM!