He was redolent of cigarettes and crème de menthe. 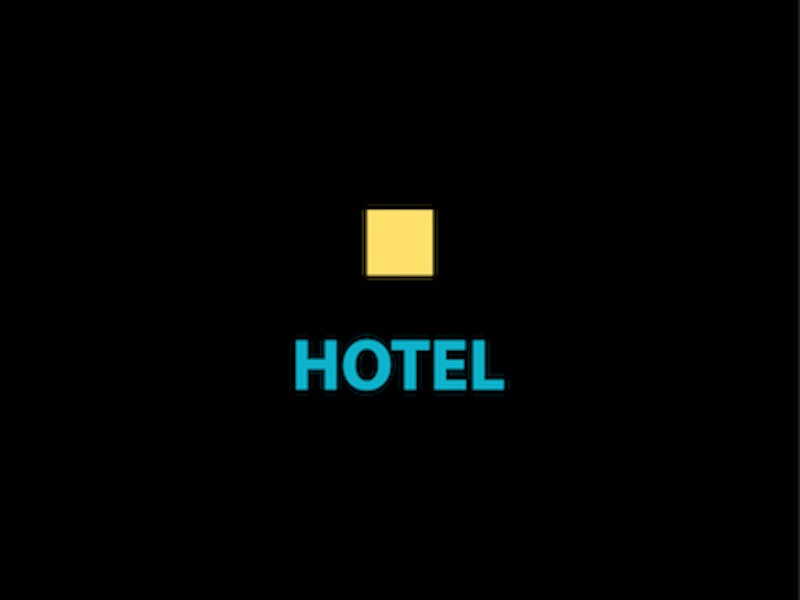 She kept the pint of rye in a small paper bag, and kept that in her large purse. The train car was nearly empty, and when the woman across the aisle was staring out her window, Dolores would sneak a swig. The rye, and a calm induced by the wheels’ clickety-clack clickety-clack against the rails, emboldened her to lean over to the woman and confide, "When I get to town, I'm going to rent a room, then step out and strut my stuff. I'll show the son of a bitch. Two can play at this game."

Dolores was stout, 50, squint-eyed, and sported an Italian haircut.

As the train slowed for the Fairchild stop, the young man who'd been sitting in front of her rose. The back of his green coverall bore a company logo; in one hand he held a matching cap. He turned to look at Dolores and, exposing his donkey-like teeth, guffawed and said, "Lady, good luck! You'll need it!" His brilliant red hair contrasted with his coverall.

Dolores' face screwed up into a taut fist and she spat, "Who asked ya, punk!" He chuckled, sauntered to the door at the end of the car, put on his cap, giving it a jaunty angle. To razz the old broad gave him a kick. As the train pulled away, he stood on the platform and thumbed his nose at her, provoking a scowl, which only made him laugh again. He yelled, "Ya old bag!" But Dolores acted as if she hadn't heard, straightened her skirt, held her weak chin high.

"I've got more'n a hundred bucks, right here in my purse, and I'm going to get me some," she said to the woman across the aisle who pretended to be absorbed in a copy of Charm. "I cleaned out Stanley's stash. The lug didn't think I was wise, didn't think I knew he was holding out on me. But I ain't no dummy, been around the block.” With a sniff, the woman across the aisle collected her things and moved to another car.

From the terminal Dolores hoofed it until she found what appeared to be an acceptable hotel, The Iroquois. She booked a room, signing in with a phony name, like she’d seen in the movies. A bellhop carried her valise, led her to the elevator, and up to her room, 3R, unlocked the door, stepped in long enough to place the valise on the dresser and hand her the key. She tipped him a quarter, and he tipped his hat, closing the door behind him, sealing Dolores from the rest of the world. Sitting on a corner of the bed, despair came in a wave, then slugged her in the gut. The view from the lone window was an airshaft, sunless and sooty. Across the way a man undressed in front of his window. She drew the curtain. A radiator clanked and hissed.

On the dresser was a radio. She turned it on to light classics, but that made her more depressed, so she twisted the dial until a big band came in swinging, providing something peppy. "That's more like it," she thought, doing a foxtrot to the phone. Holding a menu found on the nightstand, she dialed, paused, then said, "Would you be so kind as to send a Salisbury steak with mashed potatoes and green beans to 3R?“

With a gay air that belied her sadness, she signed off, “Thank you so very much.” She was used to masking her sadness; it'd become second nature.

She drank rye and water from a glass until the bellhop arrived with her dinner. This time she took a long look at him. He was young, towering, in his 20s, dark curly hair, olive complexion, broad of shoulder. In his uniform, he looked like an officer. As she paid him, Dolores made evident all the cash she had, looked up at him and said, "Y'know, when you get off work, and all, you could come up here and..." He cut her short. "Look, you seem like a nice lady. Don't do this to yourself. I'm a kid, I've got a girl, we're practically engaged. Just eat your dinner, have a drink, listen to the radio, relax..." He was out the door.

She fumed as she chewed, then decided to open the door, let the music attract a fellow lonely soul. Maybe some conversation, and who knows?

The door open, she leaned a shoulder against the jamb. A barnburner came on, a trumpeter leading the band higher and faster. She waltzed over to the radio and turned the volume up, closed her eyes and tapped her toe. Her hips swayed, her head tilted left to right, right to left, in rhythm. After a few minutes, a door down the hall opened and a man bellowed, "Hey, pally, turn it down! Tryin' to get some shuteye! And close your door! Sheesh!"

An hour later, Dolores was on the dark street, searching for a bar when she happened upon Joe & Joe's Bar and Grill. She went in the ladies' entrance and chose a seat at the nearly empty bar. It was that lull, between Christmas and New Year's Eve. After a minute, a light-skinned Negro at the far end got up and sat next to her. He was redolent of cigarettes and crème de menthe. “May I buy you a drink?" He wore a gray suit, a white shirt, an indigo tie. A silver collar pin glinted. He was about her age, short, medium build, his overcoat a light gray tweed. Dolores held her nose high and away from him, but brought it down at a diagonal to signal her consent. Then she faced him. His eyes were burnt umber and pinkish. He offered her a smoke as they drank and chatted. She rarely indulged, but accepted one, which he lit for her. He made a good impression, seemed knowledgeable about current events.

His face was pockmarked, his voice velvety, lacquered with decades of nicotine. He had a certain charm, but when he excused himself to go the men's room, she felt a panic. What if he has a knife? What if, deep in a coat pocket, lurked a switchblade with a pearl handle? Oh, it'd have a pearl handle, alright, this smooth-talking fancy-pants would have one with a pearl handle. And a stainless steel blade honed to a razor-sharpness.

She grabbed her purse and scooted out a door, onto the street, heels clicking against concrete sidewalk, taking a left and a right, another left, running blindly from her imaginary killer, purse clutched to her bosom, until she was out of breath. She looked up from the pit of a canyon, dwarfed by skyscrapers and starless sky, lost in a creaky concerto of ebony and charcoal. High above, across the street, a window was lit, an amber beacon. She wondered who was there, wondered if they were as sad as she.

Dolores counted the floors, the window was on the 12th. She weighed taking the elevator up to the room, knocking on the door, but an approaching taxi caught her attention. Despite its off-duty sign, she waved. To her surprise, it pulled to the curb.

Melted into the back seat, Dolores' legs trembled from exhaustion. His driver ID read: Roberto MacTavish. Using the rearview mirror, he made eye contact and said, "Yeah, that catches everyone's eye. Almost everyone. Not lovebirds, but almost everyone else. My dad's a Scot, my mom's Italian, both a 100%. Me? A mutt, heh." She was about to tell him that she was Italian, pure-blood—and how she'd made the mistake of a lifetime by marrying a polack, a two-timing, chiseling, lousy bum, and that she'd been warned, yet being a love-struck kid, she'd ignored the sound advice—when the cab rolled up to her hotel. "Here we are. Like I says, on th' house."

In the lobby, she made a beeline to a vending machine outside of the restrooms, bought a pack of cigarettes, and sat on a chintz-covered chair cater-corner from the desk. As the clock ticked overhead, she smoked several cigarettes in solitude before taking the elevator up to 3R.