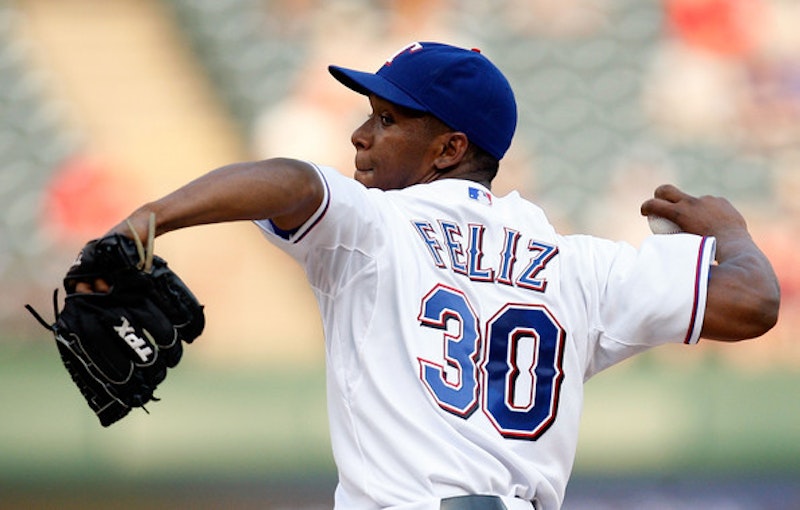 The Texas Rangers made a surprise run at a championship last season due in large part to the brilliance of young closer Neftali Feliz. Texas may have started a trend as several playoff contenders are relying on kids at the back of the bullpen this season.

Atlanta's Craig Kimbrel has been brilliant so far. Although he did blow a save against Florida on June 8, Kimbrel ranks alongside the resurgent Jair Jurrjens as Atlanta's MVP. At 23, and in his first full Major League season, Kimbrel ranks near the top of the NL's saves leaders with 18. In just 31 innings he has struck out a whopping 47 batters, pitching to a 3.19 ERA and a 1.29 WHIP. Kimbrel needs to work on his walk rate as he's issued 15 free passes. It will be interesting to see how Kimbrel handles the Atlanta heat and the pressure of a playoff race as Atlanta figures to be chasing the Phillies for much of the summer.

On June 9 Braves Manager Fredi Gonzalez said that Jonny Venters might get some save chances in order to lessen Kimbrel's workload. Venters, who turned 26 in March, is even more impressive than Kimbrel. In 38 innings of work Venters has 40 strikeouts to go with a minuscule 0.47 ERA and otherworldly 0.72 WHIP. Venters has only allowed 17 hits in 2011. Regardless of who gets the ball in the ninth inning Atlanta looks to be in extremely capable hands.

The Indians, who jumped out to a fast start this season, have predictably come back to earth over the past few weeks. The persistent injury concerns of Travis Hafner and Grady Sizemore have crept up once again. One thing that Indians’ manager Manny Acta hasn’t had to worry about is the performance of his closer, Chris Perez. Originally a top prospect of the Cardinals, Perez was acquired by the Indians in 2009. He established himself as the Tribe's closer last season and has excelled since earning the job. Though he lacks Kimbrel's dominating peripherals, the 25-year-old Perez has saved 15 games in 16 chances this season. He ranks alongside Asdrubal Cabrera and Justin Masterson as key figures in Cleveland's bounceback this season.

Milwaukee's John Axford burst onto the scene last season. At 28 Axford isn't really a youngster but he’s been impressive and valuable. When Trevor Hoffman faltered, Axford stepped in and saved 24 games while striking out 76 batters in 58 innings. Axford entered 2011 as the Brew Crew's incumbent closer. He hasn't disappointed. Axford already has 16 saves and 37 strikeouts in just 28 innings. He's been a major factor for the Brewers as they currently stand just 1.5 games behind the division-leading Cardinals. Axford does have a rather inflated 1.52 WHIP due in large art to 15 walks. He's only allowed one home run so the walks haven't yet come back to bite him. Axford figures to be called upon often this summer in the tightly contested a NL Central race.