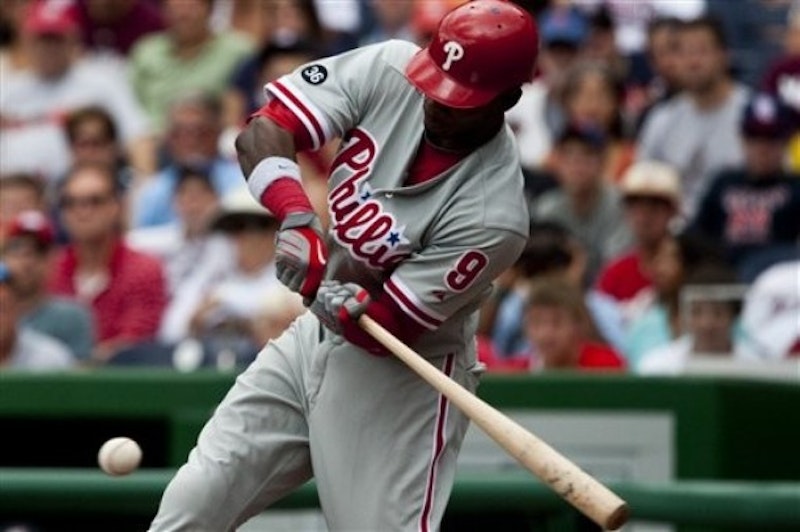 June is the time of year when personnel changes are abundant in the Major Leagues. General managers start to regret free agent signings and extensions and owners similarly have misgivings over GM signings and extensions. History has shown that most October teams, as well as cellar-dwellers, are decided by the third month of the season. Faltering teams fully commit to sell talent at the deadline and the stronger ones search for bats and arms to load their artillery for a playoff push. One of the changes that every ballclub undergoes at this time of year though, is the promotion of top prospects. 2010 was a banner year for rookies that included Jason Heyward, Stephen Strasburg, Buster Posey, Carlos Santana, Mike Stanton and Jose Tabata. Excluding Heyward, all of those players were called up on May 29 or later. A talented rookie can have just as much impact as a midseason acquisition, and in the coming weeks we’ll see why.

Not every year can be as bountiful as 2010, but ’11 still looks to have a strong rookie class. Domonic Brown, called up in late May, is becoming a fixture in the Phillies’ lineup. A .235 batting average may not be all that impressive, but since he’s taking walks and making productive outs, it’s passable. Luckily, the best rotation in baseball is on his side, because he hasn’t performed well against elite pitching. Both of Brown’s home runs were hit against Washington and Chicago, who obviously don’t boast the strongest arms. Four of his five multi-hit games came against teams below .500, and he’s still having trouble figuring out lefties. With all of these problems taken into consideration, he still has a mammoth ceiling and looks to help Philadelphia to another playoff berth.

Anthony Rizzo, just promoted by the Padres, has analysts more excited than any other prospect this year. A centerpiece in the Adrian Gonzalez trade with Boston, Rizzo blossomed in AAA this year to produce a .365/.444/.715 slash line with 16 home runs. While Rizzo’s undoubtedly thrilled, he needs to stay grounded, because he might fare worse than Brown. Tucson is a hitter’s heaven, and transferring directly into San Diego’s Petco Park, the greatest pitcher’s stadium in all of baseball, will be an undeniable challenge.

Brett Lawrie, recently sidelined by a wrist injury, is the future third baseman of the Blue Jays. Born in Canada, GM Alex Anthopoulos had his eye on the youngster since he took the job in 2009. A defensive liability, Lawrie’s bat will more than make up for the errors he commits during his major league career. The Royals recently called up another promising third baseman, Mike Moustakas. Brimming with raw power, the Moose began his 2011 season with a disappointing six weeks in AAA, but quickly righted the ship, enough so to earn himself a spot on the major league roster. A power hitter first and foremost, I imagine Moustakas will have a little trouble maintaining a strong batting average in the early parts of his career, and will probably hover around a respectable .260 clip. If he’s hitting home runs at the ferocious pace that he did in the minors, though, .260 will be more than enough.