Prince Fielder's Weight and Position (Might) Unfairly Affect His Next Contract

What's to become of the famed slugger? 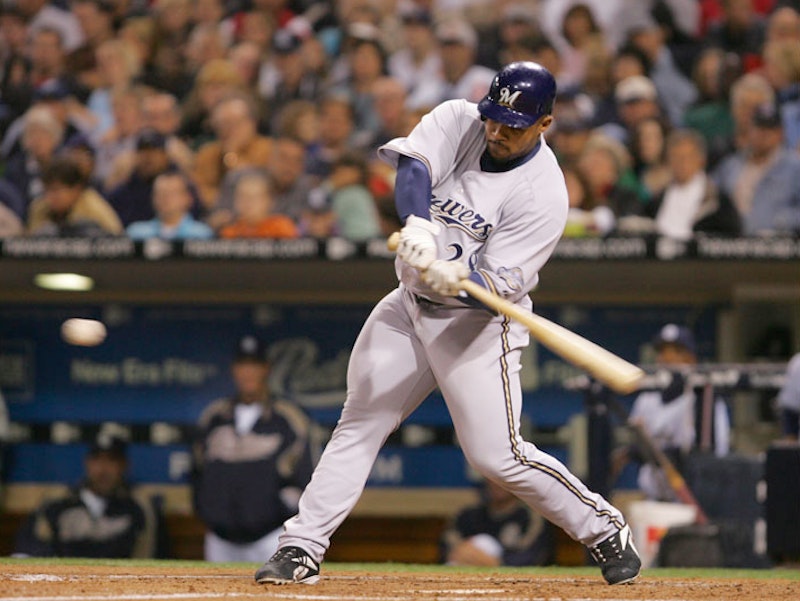 The Milwaukee Brewers’ Prince Fielder is approaching free agency, and is looking to sign a contract almost as large as his body. Agent Scott Boras has been waiting for this upcoming winter since the year Fielder was drafted, 2002. While undoubtedly counting on a big payday, Fielder’s weight and a lack of numerous suitors could dramatically affect the dollar value and number of years he receives from a new team.

First base is the most offensively productive position in baseball, by far; just think about the top hitters in the game. Albert Pujols, Joey Votto, Adrian Gonzalez, Mark Teixeira and Miguel Cabrera all man the left corner, some better than others, for their respective teams. Since the position is so deep, it makes Fielder less desirable. Premium positions, like shortstop and catcher, are far more valued because the offensive output is much less than that of the average first baseman. Jose Reyes, for example, will most likely receive a larger contract than Fielder, even though he is inferior at the plate.

Furthermore, many analysts think that the rotund vegetarian will end up as a designated hitter in the second half of his career, which is fast approaching. Can a DH really be good enough to warrant a $20 million salary? In recent years, the DH hole has been used as a rotational spot in the lineup to rest aging players and as a home for one-year, one-way rent-a-hitters who are looking for a bounce-back season. Vladimir Guerrero did it with the Rangers in 2010, and again with the Orioles in 2011. Hideki Matsui, Jim Thome, and Johnny Damon all signed for $5.25 million or less.

Even with his flaws, one of which is impossible to miss, Prince Fielder is underrated. That’s an odd thing to say about a two-time All-Star and Home Run Derby champ, but it still rings true. Fielder is known for his obesity, which in turn gets him unfairly marked as an injury risk, even though he hasn’t spent a day on the Disabled List in either the Major or Minor Leagues. A one-dimensional player, Fielder makes up for his subpar defense with an astounding, powerful, and patient, bat. Last season he led the majors with 114 walks, and in 2009 he took 110. The gospel of Michael Lewis’ Moneyball are slowly receding, even by Oakland GM Billy Beane (subject of the book), with players like Coco Crisp and Mark Ellis dotting the A’s lineup. OBP is one of the most valuable statistics, and when combined with the type of raw power that Fielder has, it’s no wonder why the Brewers’ offense has been at the top of the leader boards in recent years.

Most players hit free agency around their age 31 season, but Fielder is just 27. Teams fear that his legs/knees/entire lower half will give out when he gets older, like his father Cecil, but his injury history predicts otherwise. Clubs like the Blue Jays, Nationals, Orioles, Rockies, and Cubs should look into making him their everyday first baseman and the Yankees and Red Sox could both consider Fielder for their DH spots. Every large free agent contract carries risk, but Fielder looks to be one of the safer options in a market that includes Jose Reyes and Jimmy Rollins.