If the Dodgers trade him, who will benefit? 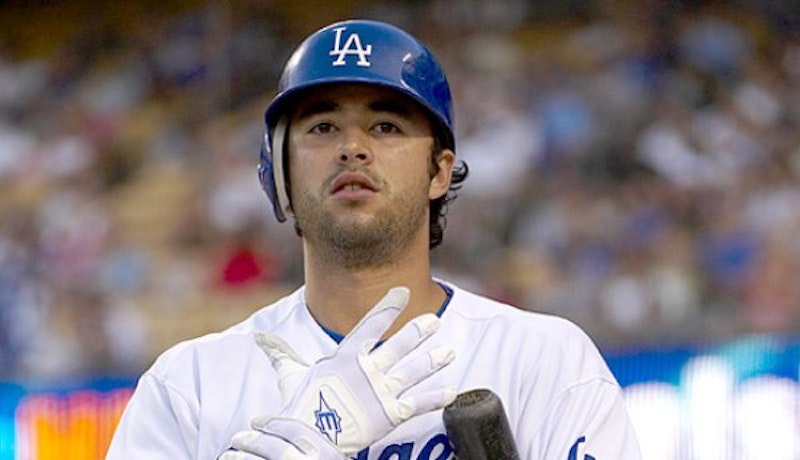 Toronto’s Jose Bautista, even in the midst of a slump, is the flashiest name anyone can throw out when talking right fielders. For the first two months of the season he hit home runs at a Bonds-like pace, and even in his comparatively cold month of June, he’s still been able to maintain a .330/.476/.657 slash line. While Joey Bats is vying for the AL MVP, the Cardinals’ Lance Berkman is auditioning for NL Comeback Player of the Year. Otherwise, right field has been an offensive disappointment so far for the majority of MLB teams. The output of Ichiro Suzuki, Jayson Werth, and Shin-Soo Choo has greatly declined following stellar 2010 campaigns. The Orioles’ Nick Markakis is making Baltimore’s President/GM Andy MacPhail regret the $66.1 million extension he was given prior to the 2009 season and the Rangers’ Nelson Cruz is slowly proving that for all the upside he has, he’s a huge injury concern. In many analysts’ eyes the Dodgers’ Andre Ethier is slumping, too, due to his low home run total. However, his strong peripheral stats suggest that he’s becoming a more productive player and an on-base machine.
Ethier is a very streaky player, so a power outage is nothing to worry about. His slugging percentage is at a career low .450, but once he gets back in form it will be up to his career norm in no time. Even though he clubbed 31 home runs in 2009, power is not his most useful tool; his ability to get on base at a steady clip is what really makes the 29-year-old valuable. A combination of the ability to consistently put the ball in play and an above average eye fuel Ethier’s .391 OBP. His eye is improving, too, as his BB percentage has increased in every year except an injury-marred 2010, and a .400+ On-Base Percentage in the future is not unrealistic.

Ethier’s skill set is very reminiscent of former Braves/Indians/Yankees/A’s right fielder David Justice, with a little power substituted for batting average. Throughout his career, Justice remained productive and valuable offensively even when his home run rates dropped because of a tendency to take walks. Justice remained useful at the plate, even at 36 and his final season, and Ethier might be the same way.

The Dodgers may be looking to trade him this offseason, too. Money issues plague Los Angeles’ management (if you’ll permit an understatement), and Ethier will be pricey in his final year of arbitration. If he finishes the season with his projected 14 home runs, then GM Ned Colletti may decide, stupidly, that Ethier isn’t worth keeping around. Payroll space will need to be cleared, not only because of the owners’ contentious divorce, but also in order to make room for a possible Matt Kemp extension. All of the Dodgers’ available money will be spent trying to keep Kemp in Los Angeles, and Ethier may have to be moved in order to do so.
Obvious suitors include the two AL East rivals, the Red Sox and the Yankees. J.D. Drew will be leaving, and possibly retiring, after a mediocre and forgetful stay in Boston. The Yanks’ Nick Swisher, another underrated right fielder, will most likely see his $10.25 million club option declined. Ethier is a natural fit for Boston, not only because of the defensive vacancy, but also because his best friend, Dustin Pedroia, is the face of the franchise. The Yankees would make good use of him too, especially as a two-hole hitter in that dangerous lineup. Whoever he plays for next season, Ethier will quietly provide value.