Whoever Signs Kendrys Morales Will Be in My Doghouse 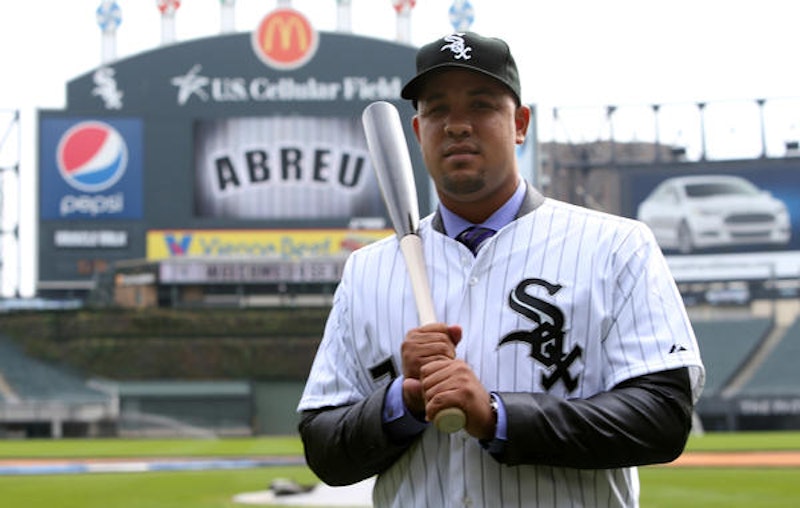 Spring training is in full swing, even though Stephen Drew doesn’t want to believe it. I wonder if Drew and Kendrys Morales have formed a kinship over the flawed qualifying offer system. We can confidently work under the assumption that they’re both destined for one-year pillow contracts. The major lesson this winter: it doesn’t pay to wait. Carlos Beltran, Marlon Byrd, Jacoby Ellsbury, and Ricky Nolasco all signed with new teams early in the offseason, and all got paid well above their value. It’s amazing now to realize that Nolasco essentially inked the same deal as his far superior contemporaries Matt Garza and Ubaldo Jimenez.

That said, who’s to say Morales would’ve been able to sign early in the winter? I have a feeling his stagnant market isn’t due to high demands or pickiness. No, he’s still available because he sucks. And he’s attached to draft pick compensation. It’s a double whammy that Scott Boras surprisingly didn’t predict. I can see the promo videos now: Kendrys Morales, a decent, injury prone hitter who fields worse than a 47-year-old Mo Vaughn. That just screams multi-year deal to me. In my opinion, every team in baseball has made the best transaction of the offseason: not signing Morales.

Drew isn’t in a much better situation. He’s frailer and has a far weaker bat, but his defense is top notch, and plays at a premium position. Drew will fare better than Morales. Those two are aberrations, though, as most MLB free agents have found new teams. Here are some of my favorite moves of the 2013-2014 offseason (in no particular order):

Orioles sign Nelson Cruz, $8 million/1 year: After giving up their first round pick to sign Jimenez, the O’s didn’t have much to lose by inking the PED-maligned Cruz to a pillow contract. Cruz gives Baltimore another potent bat to make their lineup one of the toughest in the AL. I expect the outfielder to have an excellent year at the plate, barring injury, as he’ll be motivated by the promise of actually receiving a multiyear commitment next winter. Chris Davis, Adam Jones, Cruz, Manny Machado, J.J. Hardy, Matt Wieters… Baltimore will be exciting to watch in 2014.

Dodgers sign Dan Haren, $10 million/1 year: This list is evidence for how much I like pillow contracts. You may argue that Haren was on a one-year deal last year, too, but he was plagued by injury. He was also unhappy living on the east coast (not that that would effect his pitching too much). A healthy Haren has never disappointed. After all, he’s only two years removed from a 6.2 fWAR season.

Red Sox resign Mike Napoli, $32 million/2 years: Just kidding. I hate this deal. All that fatty ever does is strike out. And eat.

Padres sign Josh Johnson, $8 million/1 year: This is the ultimate upside signing. He will either reap tremendous value for the Friars or give them nothing at all. There’s no middle ground. He’s moving back to the NL and playing half of his games in the league’s pitcher friendliest park—if he’s going to bounce back, now’s the time to do it.

White Sox sign Jose Dariel Abreu, $68 million/6 years: This move could be a total disaster. From a financial standpoint, I’m not sure it was wise. $68 million is a lot of money for a guy who’s never even seen a minor league pitch. As a fan, though, I was devastated when my Red Sox didn’t sign him. Abreu is like one of those mystery prizes at the end of the cereal box: you’ve either got a phony pair of x-ray glasses or one of the best toys in the cul-de-sac. Abreu’s debut ought to be just as anticipated as Masahiro Tanaka’s.

Nationals acquire Doug Fister for spare change: This one is pretty self-explanatory. Detroit GM Dave Dombrowski must have felt indebted to the Baseball Buddha after convincing Jon Daniels to take Prince Fielder off his hands (which really wasn’t a terrible move for Texas). Feeling like Radiohead circa 2007, he then decided to pay it forward and let the Nationals choose their own price for Fister. Needless to say, Nats GM Mike Rizzo took full advantage.