The NFL Tries to Distract Fans 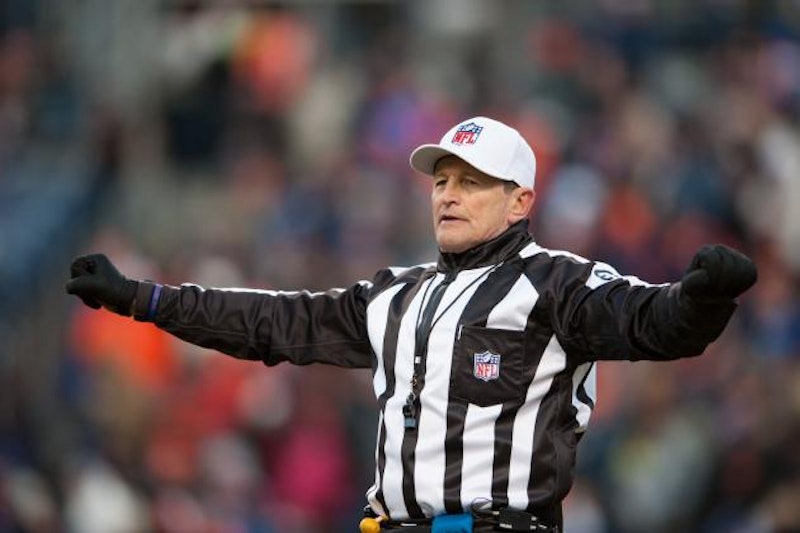 The National Football League season lasts four months, another month for the playoffs and one more for training camp and the league has a place in the news cycle for about half the calendar year. Yet here in early March, with criminal scandals surrounding current and former star players and free agency a full week away, the NFL marketing department is talking about eliminating the extra point and penalizing players 15 yards for using derivations of the “N-word” on the field.

It’s curious that the league, with a multi-billion dollar business to protect, would start the “if it ain’t broke don’t fix it” discussion of abolishing the PAT and instilling a cockamamie rule for on field language at the same time that Ray Rice is being investigated for allegedly upper-cutting his fiancé in an Atlantic City casino and NFL Network employee and former league star Darren Sharper is seemingly unveiled as a serial rapist. The damage control arm of the league office is in full spin control and the American public and sports media seem to be eating it up.

My cynical reaction has nothing to do with the merits of either the proposed PAT changes or the rule allowing for 15-yard penalties to be assessed to players who use the “N-word” on the field. The PAT discussion is as pointless as the play itself. There’s really no debate required. The PAT is nearly automatic and the prospect of moving the attempt back to the 42-yard line sounds patently absurd. If the NFL wants to do away with the extra point in its never-ending attempt to morph into live action fantasy football they should go for it. Football history was damned a long time ago and the game today looks nothing like the league I grew up watching. What’s one more rule change? It certainly won’t be the last.

The rule penalizing players for use of the “N-word” is a nice public relations score and an endless shell game that the league can pull out of its back pocket whenever real issues crop up. Yes, the Darren Sharper news is disturbing, but listen… I think someone used the “N-word”!

The NFL has become the league of choice for casual sports fans. Teams play just once a week over the course of four months which allows for ample time to parse out every play and coaching decision from the previous week. Everyone is an expert, from the middle school football coach to the receptionist at your daughter’s day care center. The league has bragged about the influx of female fans over the past two decades, but has generally put its head in the sand when issues of domestic violence and youth football player safety have arisen. The Ray Rice allegations of domestic violence and Darren Sharper’s ever-widening rape scandal are real stories that strike at the league’s true culture. NFL players are arrested at a clip far exceeding any other professional sports league yet those transgressions are easily swept aside. If a star player runs afoul of the law the NFL simply trumps up some mock debate on its propaganda machine (NFL Network) or proposes to abolish some long standing tradition like the extra point, or the kickoff, or the Pro Bowl. Sensing a trend yet? Meanwhile, sports fans are supposed to be outraged at Ryan Braun’s hot start to Spring Training. I’m calling bullshit.