Not every player is a franchise keeper 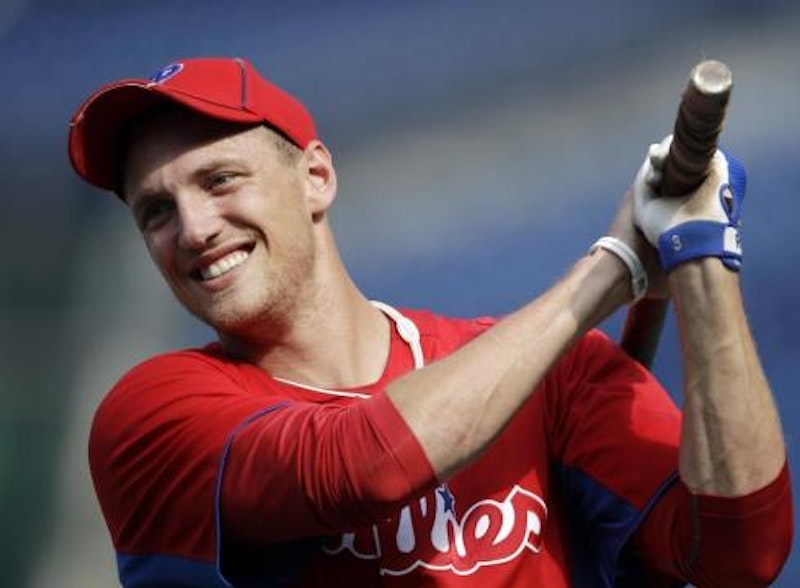 The word “untouchable” is thrown around far too often in regard to the availability of certain players. Franchise guys, young studs (who are usually budding franchise guys), and Top 10 prospects are the only people really deserving of the overused tag. Even they shouldn’t be totally off limits, because if the ideal package of players presents itself, then it’d be silly not to accept the offer. That applies to everyone. There are a few players who would require an unrealistic, videogame-esque proposal to push a trade through, like Mike Trout, Stephen Strasburg, or Bryce Harper. But not everyone is as valuable as that trio, which is precisely why selling teams should field offers on their self-dubbed “untouchables.”

Hunter Pence: The 29-year-old Phillies outfielder will make a hefty chunk of change next year through arbitration, probably close to $15 million. Is he really worth that much payroll space, considering that the right-hander’s trade value is currently so high? If dealt, GM Ruben Amaro Jr. has the chance to receive a better package of prospects than the one they gave up last July. Pence’s counting stats are well above his actual value, as the right fielder has only accrued 1.7 fWAR over the course of the season. His poor UZR rating obviously has a lot to do with the disappointing number, but it still speaks to the relative hollowness of his offensive performance. Industry opinion is still high on the man according to Mat Gelb of The Philadelphia Inquirer, who said, “[Pence] might have the most value of any Phillies trade chip.”

Felix Hernandez: Are the Seattle Mariners ever going to compete? Probably not with GM Jack Zduriencik engineering the ballclub. I’m a big Jackie Z fan, but I like certain aspects of his approach and ability far more than others. On the player development side, he’s a genius. The longtime scout has produced more stud players throughout his career than you can count, and is the only non-GM (at the time) to have won Baseball America’s Major League Executive of the Year Award.

On the flip side, the dude doesn’t know how to make a trade. His transaction history is checkered, with black marks such as the Brandon-for-Brandon swap (Morrow for League, who isn’t terrible, but has nowhere near the upside of the former), the Doug Fister trade, and the failed Milton Bradley experiment. Well, now it’s time to right the ship, Mr. Z, and it starts with sending your ace, King Felix, to another club. If available, the King’s mass appeal would generate such fantastic offers that it’s surprising the young righty hasn’t been traded yet. Seattle isn’t going to compete for another three years minimum, so trading Hernandez, who’s signed through 2014, makes perfect sense.

The Whole Red Sox Major League Roster: Okay, maybe that’s a little drastic, but you get the idea. The Red Sox might still be able to compete for a Wild Card spot, but if they have such a small chance of advancing in the playoffs after that, what’s the point? The media is constantly feeding out baloney about how “Red Sox Nation” would never allow the team to sell, but that’s all it is: baloney. The “Nation” has been through enough in the past couple years to realize that the team isn’t always going to play in October. Selling off key players like Jacoby Ellsbury (if he proves he’s healthy, the centerfielder could be one of the most desirable options on the thin market), David Ortiz, and Josh Beckett (If he’d waive his 10-and-5 rights) would be a necessary step for the faltering club. Trading those three players would result in a huge return prospect wise and would save the team a buttload of money.