Is It Big Papi's Time To Go?

David Ortiz would be worth a lot at the trade deadline. 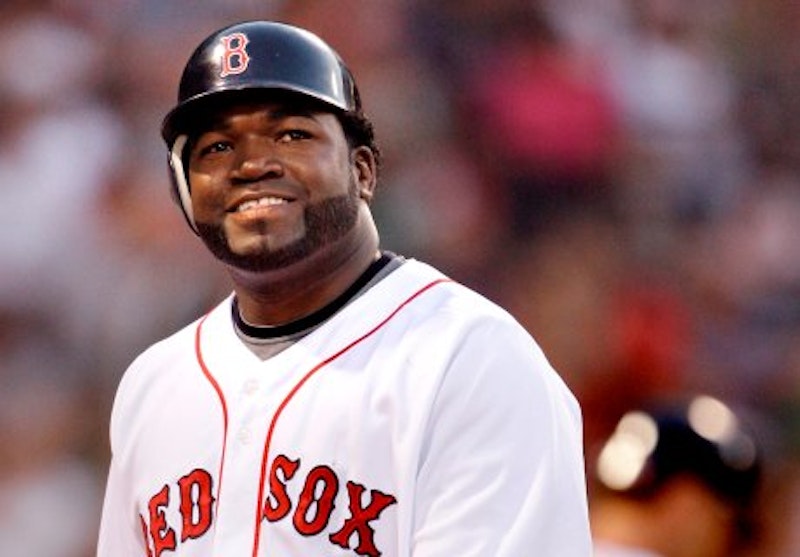 David Ortiz means a lot to the Red Sox: he’s active in charity events, loves the city of Boston, acts as a clubhouse leader, and most importantly, he can hit. That said, if GM Ben Cherington decides to sell off the team’s valuable assets before the trade deadline (they only have so many), Big Papi should be the first to go.

That sounds ridiculous, right? How could the Sox trade away their franchise player? So many ad campaigns and foundations function around the slugger. Well, tough luck. First and foremost, he is a baseball player and effectively a commodity of the Red Sox. They can do what they want with him. It would be a shame to see the power hitter leave, but the dire situation that the Boston front office has found themselves in calls for drastic change. Franchise players have left before. Nomar Garciaparra was traded to the Cubs in 2004 (although he was pretty unpopular at the time), and Pedro Martinez signed with the Mets after that same season. The fans and media got over it.

Here’s why the Sox should ship away the best designated hitter in baseball: age, farm system, and money. Let’s start with age. Big Papi has shown almost no signs of growing older. Now 36, he’s in the middle of another terrific season, leading the team with 17 home runs and a .314 batting average, while also sporting a robust .397 OBP. Aside from a shaky 2009, Ortiz has been incredibly consistent in All-Star level output. Still, no one is entirely impervious to effects of age. Do the Sox really want to eventually be stuck in a Jorge Posada situation of “How long do we have to play him before he retires?” Be smart, and sell high. It’s always a good idea to swap a 36-year-old for promising youngsters. The market for hitting before this year’s deadline is thin, and many American League teams will be willing to unload a top prospect for one of the most consistent hitters in baseball.

Boston’s farm system, while vastly better in comparison to its minor league clubs of 2009-2011, is lacking in pitching depth and high ceiling, close-to-the-majors players. The recent promotion of Will Middlebrooks has Sox fans understandably excited about the future, and he’s just the start. The front office wants to veer away from the exorbitant spending that characterized the club for the latter half of the decade, and in effect make the team younger. Shortstop Xander Bogaerts, center fielder Jackie Bradley Jr., and right-handed starter Matt Barnes will lead the way, along with third-baseman Middlebrooks. Once a spot for catcher Ryan Lavarnway opens up, he too will get fans thinking about 2013. But even though this group is so exciting as is, it could always be deeper, more guaranteed, and more top heavy.

Big Papi is a superstar, that’s been established. But $14.575 million is a large chunk of change for the now frugal Boston ownership. If the team is serious about staying under the luxury tax and building a more efficient ball club, then cutting salary is a necessity. Keeping Ortiz next year, through an extension or going through arbitration, will lead to a higher salary for 2013 or more contract years than the club likely feels comfortable with. They can completely avoid this whole ordeal by trading the slugger.

David Ortiz means a lot to the Red Sox; it would be hard to let him go. But the circumstances that the club has found itself in is not ideal, and if they don’t intend to make a full effort at contention, keeping their DH simply for the sake of posterity is silly. If the right deal presents itself, take the prospects and build for the future.