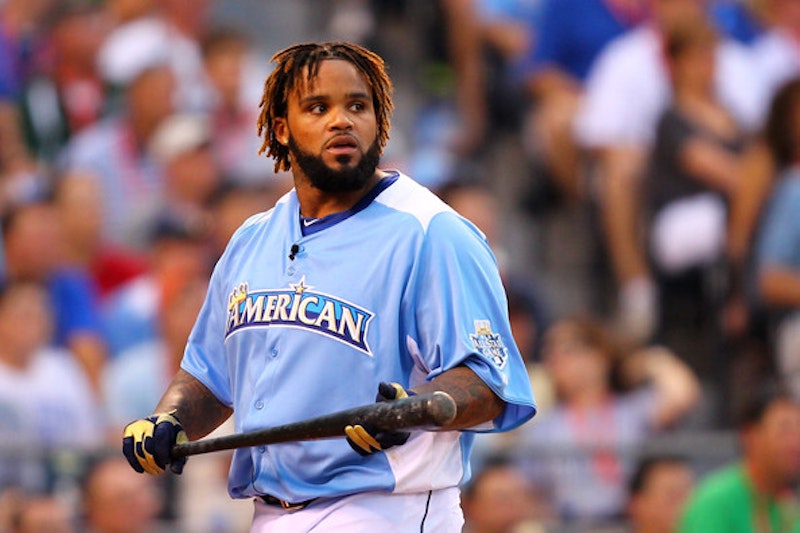 Baseball players are investments, especially the ones connected to large, long-term contracts. Free agent deals and gigantic extensions (of the Joe Mauer and Joey Votto variety) are always risky, no matter how consistent or healthy the guy has been throughout his career. Look at Boston’s Carl Crawford. It’s too early in the deal to call the pact a bust, and out of the seven years he signed for it’d be ridiculous not expect a few rough seasons, but who’d have thought they come right away? 2012 isn’t totally lost yet, and even if the left fielder doesn’t produce up to career norms from here on out, it can all be chalked up to injury. 2011, however, is inexplicable. By all indications the speedy outfielder, the Rays’ biggest star until landing with the Red Sox, was generally healthy last season, except for a short stint on the disabled list in July. If you rule out injury, the only logical explanation for his season-long slump is a lack of offseason preparation.

The “big market, big pressure” mantra is a total cop-out: players young and old don the Sox uniform everyday without crumpling under media scrutiny. The other “pressure” of living up to such a huge contract is more baloney. If anyone has to worry, it’s the players who haven’t been guaranteed buckets of money. Even if true, the above statement will never be verified. Crawford, or any other player, would never own up to winter laziness.

Nevertheless, teams should take a more proactive approach to their players’ offseason workout schedule. By actively monitoring and supervising winter conditioning, teams could field a far more fit and efficient ballclub throughout the year. Waiting until spring training to truly integrate the roster back into baseball mode is still the norm. With the massive paychecks that baseball players receive (even the platoon guys get paid like Kanye West), it’s a club’s right to protect their investment. A strict diet should be observed, too. This might seem Orwellian, but the Tigers have invested $214 million in Prince Fielder’s body, so he shouldn’t be filling it with Twinkies and Dr. Pepper. I’m sure the Giants would be glad to pay for Pablo Sandoval’s meals if he offered to practice good nutrition.

Keeping up with up with workouts and maintaining a healthy diet are monumental in a successful offseason. Why do you think prospective free agents always often have such good years? It’s not just luck. Josh Hamilton, Melky Cabrera, Cole Hamels, Zack Greinke, Matt Cain (who signed an extension in April), and David Ortiz, who are all in the middle of fantastic seasons, were definitely motivated by the potential money free agency presents, and smartly put in a lot of work this past offseason. If everyone on the Red Sox, or Tigers, or even Marlins did that last winter, today’s standings would look much different.