Bill James Should Let His Calculator Do the Talking

Because his opinions are just plain shameful. 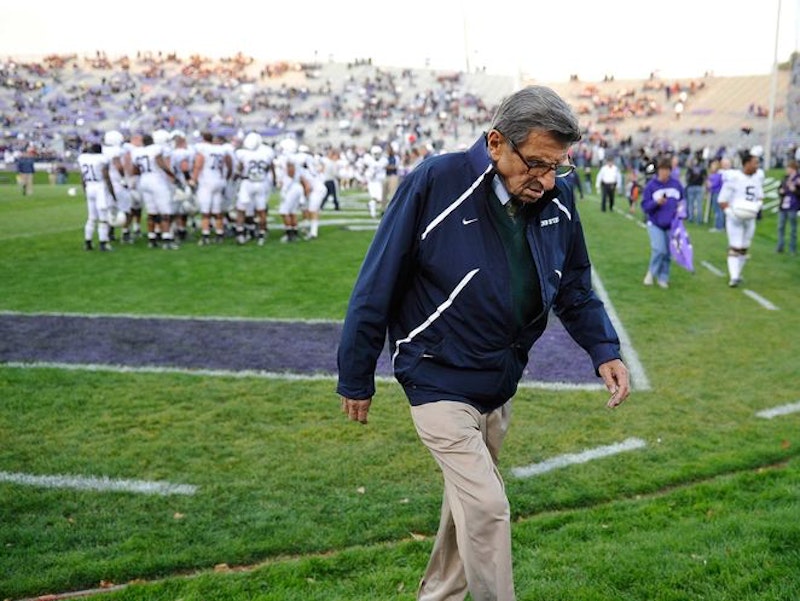 Bill James is generally regarded as the father of sabermetrics. He’s responsible for ideas that have revolutionized the way that fans watch baseball and teams evaluate players, and has worked over the past 30 years to gain credibility within the baseball industry and build an impressive professional resume. He voluntarily flushed that credibility down the toilet with some ill-advised and poorly informed comments last week.

James appeared as a guest on ESPN Radio's The Doug Gottlieb Show to express his views on the Penn State child abuse scandal and the release of the Freeh Report. James took exception to the Freeh report's premise that Joe Paterno took part in a conspiracy to cover up Jerry Sandusky's ongoing sexual abuse of children on the Penn State Campus, conveniently ignoring that Paterno lied to a grand jury when he was questioned about Sandusky's activities. James also scoffed at the notion that Paterno was the most powerful man in State College, PA. despite the fact that he was the all-powerful czar of a $50 million per year football enterprise. James then laid blame for the cover-up on the media, a convenient, hard to define, nameless and faceless villain. Gottlieb was rightfully disturbed by James' apparent lack of awareness regarding the case. James finished up the interview by saying, "Showering with young boys was quite common in America 40 years ago." Oh no, Mr. Bill!

Though he was on the air for only 15 minutes James managed to do irreparable harm to his reputation. We can forever remove the "genius" moniker that so many have attached to James over the years. The man who approached every baseball debate with an army of acronyms and algorithms came to this fight without a shred of common sense. Even if James believed what he was saying he should have had the good sense to keep it to himself.

James' unfortunate comments bore a striking resemblance to former Reds owner Marge Schott's pro-Hitler remarks. James is currently employed as a Senior Advisor for the Red Sox. Someone from the Boston front office should have run into James' office, snatched the phone from his hands, and logged him onto fangraphs.com.

The really strange thing is that James voluntarily sabotaged his credibility. I can't imagine anyone read the Freeh report and immediately thought "I wonder what noted baseball nerd Bill James thinks about this?" Why a baseball analyst would feel compelled to call a national radio show to defend a conspiracy to cover up the sexual abuse of children is beyond me. I don't recall Don Zimmer making any headlines for his views on Syria or race relations. I guess James was tired of Ozzie Guillen having a stranglehold on the position of baseball's nutty uncle. Maybe James wanted to have the term "batshit crazy" precede "Writer and Historian" in his introductions.