And Robinson Cano deserves the hate. 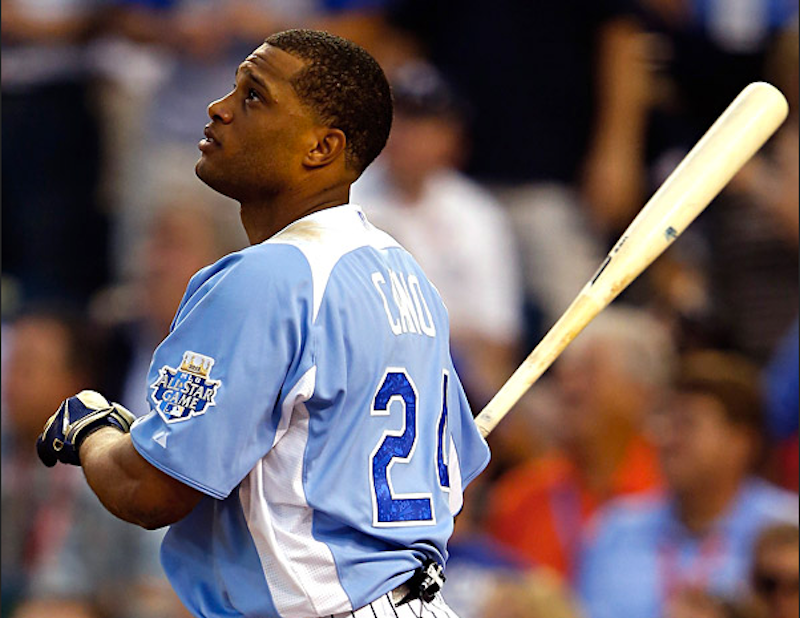 Yankees' second baseman Robinson Cano was booed, loud and long, by the crowd during Monday's MLB All- Star Home Run Derby. The crowd cheered lustily whenever Cano made an out, which he did quickly and often. The reaction to the perceived slight of Royals' DH Billy Butler was not only justified but also heartwarming.

The Royals haven't given fans much reason to cheer over the past few decades. The fact that the Kansas City crowd could work up such a hearty response to the misdeeds of a loathsome Yankee means that there are still Royals' fans who care deeply about baseball. Some of the ESPN commentators took exception to the booing of a beloved Yankee. The four-letter network failed to grasp the fact that the Yankees aren't loved nearly as much in Kansas City as they are in Bristol production meetings. One ESPN contributor even remarked on Twitter that the fan reaction was "unprofessional." Huh? They weren't in the press box booing; they were in the stands. You know, paying customers? You might say that the fan reaction was fanatical, but not unprofessional. If there’s a current job opening for Professional Fans can someone please forward me an application?

Jon Paul Morosi of FoxSports.com suggested that the fans should be ashamed and that the booing of Cano put the town in a negative light. Morosi even claimed that the reaction could hinder the Royals from attracting free agents in the future. Yeah sure, because the Royals are noted for their freewheeling free agent shopping sprees. Morosi and his ESPN counterparts missed the point and failed to hold Cano responsible for his words and actions.

I'll admit that I have an anti-Yankee bias. I grew up in Baltimore as an unabashed Yankee hater. I wouldn't root for the Yankees in a knife fight with al Qaeda much less a stupid home run derby. Prior to the derby Cano said that as the team captain for the American League squad he would select a Royals player to participate; then, when presented with the opportunity, he didn't. Cano went back on his word and made the right choice in selecting the Angels' Mark Trumbo over Billy Butler. Trumbo put on an absolute laser show launching balls into every nook, cranny, rooftop, and water fountain that Kauffman Stadium had to offer. Trumbo's performance wasn't enough to make the home crowd forget about Cano's statement or his actions. Cano said something stupid, and then went back on his word. The fans called him on it. They booed.

Baltimore had its own infamous All-Star moment when Cito Gaston failed to use hometown hero Mike Mussina in the 1993 All-Star Game. Mussina took it upon himself to get up and throw in the bullpen late in the game. Gaston still did not allow Mussina to pitch which resulted in a cascade of well-deserved boos and set off a cottage industry near Camden Yards for vendors selling "Cito Sucks" t-shirts.

Gaston and Cano deserved to hear the displeasure of the disappointed home crowds just as much as the fans of Kansas City deserve a real baseball team. If there were any doubts about the passion of KC baseball fans they were erased by Monday night's verbal beat down of Robinson Cano.