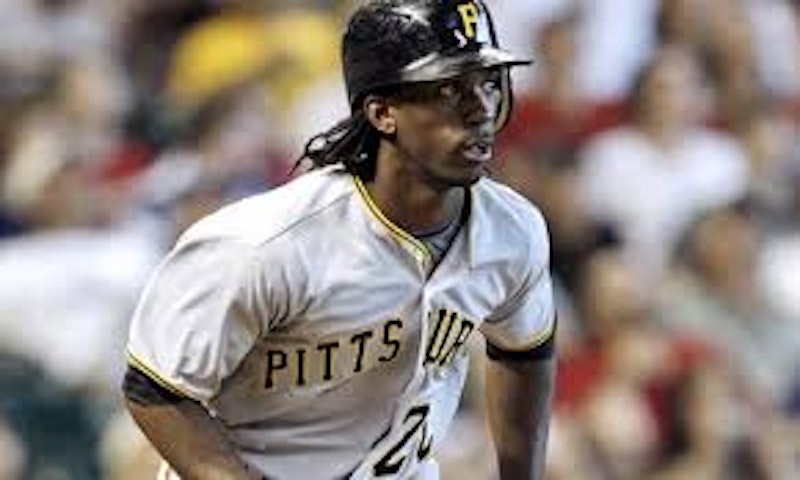 Dear MLB dickheads: Please do not distract Andrew McCutchen. I will kill you with Louisville Slugger nunchucks if you get in the way of the Pittsburgh Pirates ascension to National League Supremacy scheduled for the summer of 2014. Leave him alone, for crying out loud. You all need to back off as Cutch is about to be awarded the National League Most Valuable Player Award on Thursday (if Yadier Molina wins I move to Bristol, England the following week). What’s astounding is Major League Baseball is already sandbagging him with Public Relations hairshirts involving broadcast relics from the 1980s, especially one known as MTV2.

On Monday, MLB kind of announced McCutchen and Red Sox ambassador to cuss words, PEDs, DH fallacies and October revivals David Ortiz will—depending on which inaccurate media accounts you read—produce or executive produce a weekly “pop culture” baseball crossover show for Viacom’s sagging cable channel already rife with unwatchable reality shows. And it will be done out of MLB Productions multi-million dollar albatross in the East Village of Manhattan known as the “MLB Fan Cave” aka the old iconic Tower Records space on E. 4th St. where the league and its myriad subcontractors present an excessive ham-fisted effort pandering to the “young fan” urban teenagers who must apparently be compelled to re-invest in pro baseball thanks to a Disney-esque media whoredom served up in a trendy setting.

It was cool as a one-off pop-up type of thing the first season, but now in its third year it only serves as league guilt-ridden PR Stations of the Cross claiming everyone from players R.A. Dickey to Curtis Granderson to Orioles manager Buck Showalter as its victims. The original concept was similar to a BBC style “survival of the fittest” baseball fan fish bowl where participants had to watch every baseball game of the season in full public view from street level. This might have been interesting if it was in Omaha or Keokuk or Natchez. But no, it has to be in the middle of the East Village of Bill de Blasio’s commune. Which has made MLB “Fan Cave” just another social media flashpoint and storefront point-of-purchase dovetailing well with nearby Urban Outfitters. It’s also dangerously close to Cozy Soup n’ Burger and is certainly kind of d-bag central when the participants are fish-out-of-water Texas Rangers or Los Angeles Angels of Anaheim fans in the middle of somewhat rabid Yankee-ville.

For the as-yet-untitled show, Ortiz can certainly be driven down I-95 for the requisite in-your-face photo shoots and promos, but McCutchen is out in God’s Country near the confluence of the Allegheny and Monongahela Rivers in Pittsburgh, which is a tougher commute. And as Ortiz is no Mo Vaughn, his stammering lummox act will certainly wear thin within the first few weeks. The official MTV press release mentions an ungodly high number of 30 episodes, throwing in the outdated MTV2 demographic description as a “network that targets men with smart, funny and relevant content.” As if. And you know the name of the show is going to be disastrous, on the scale of other pop culture crossover Ishtars such as ESPN2’s Cold Pizza or Fox Sports’ and NFL Films awkward NFL Under the Helmet or virtually anything on the YES Network or that FSNY Beer Money show.

Television should just admit it can’t reproduce pulp fanzine culture which in print was able to meld sports, music, street theater and strippers into one consumable package. This is why Gawker has never tried a “Deadspin” TV show and Sports On Earth remains a nerdy website and not some Max Headroom-style “webcast” in which sportswriters demonstrating the most humorless professionalism are rewarded with Will Leitch facetime. Targeting McCutchen because of his street cred, dreads and overall coolness does not sit well with Pirates fans. We’ve already been through the Million Dollar Arm debacle in which MLB suits whored out our franchise at the mercy of a reality show competition in which random cricket bowlers competed for a “Major League Contract” in 2008.

Long story short: Disney bought the rights to the story of Rinku Singh and Dinesh Patel, a pair of ham and eggers from India who co-won the “contest” and have since wallowed in the Pirates minor league system as semi-adequate pitchers who will never make it to the big leagues. Enter the Phil Dusenberry types (the ad man who co-wrote the screenplay for The Natural and changed the ending of the novel to fit his feel-good movie formula) and Disney will certainly paint both Indian hurler longshots as heroic pitchers who eventually gun down American-born foes in key post-season games, a la Michael Wacha of the St. Louis Cardinals and his feel-good Greek chorus that is the Jamaican bobsled team.

McCutchen has already survived a regional sports network interview session this year with Anthony Bourdain that was incredibly forced and over-promoted in terms of Western Pennsylvania channel share. What happened to the Mickey Mantle days when all ballplayers had to do was show up hungover for day games and get in fights at three a.m. at the Copacabana with Billy Martin on their shoulder? I have a feeling that if Mantle had McCutchen’s dreadlocks, it all would’ve been quite different.