You Don’t Mess With Sandy Koufax

Growing up in L.A. with a legend. 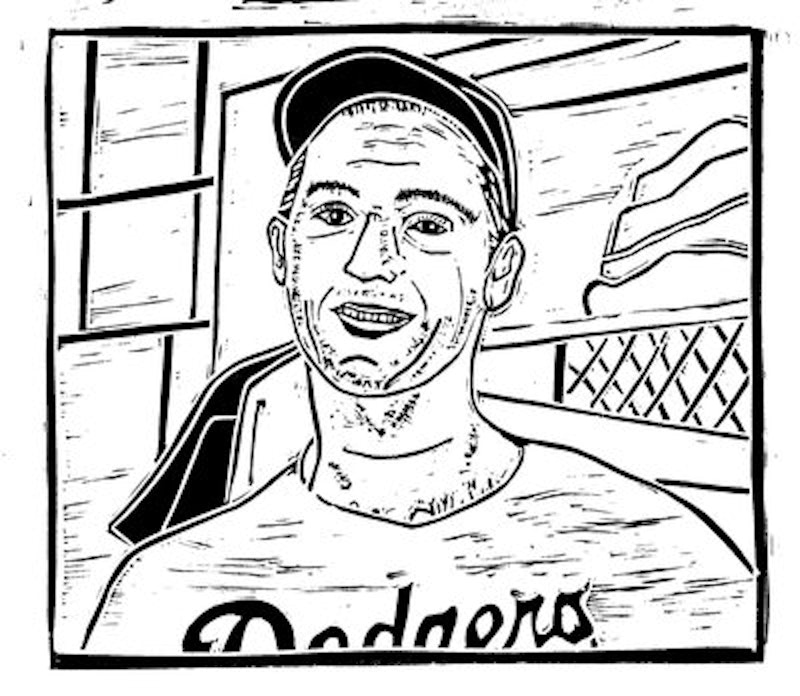 When I was a boy, my parents grounded me just one time. Not when I hit a baseball through our front window. Not when the neighbors caught me pouring red dye in their swimming pool. The incident was, I thought, more innocuous. I scribbled a mustache on a Sandy Koufax baseball card. I showed the card to my dad and his face turned dark crimson. "You bastard," he screamed. "You do not fuck with Sandy Koufax! You hear me you little prick. He is sacred."

Koufax was an American Jewish baseball legend. Known as "the man with the golden arm," he possessed a 100-mph fastball and a ferocious curveball. From 1963-1966, he had the best four-year span of any pitcher in baseball history. His statistics were mind-boggling. Four no-hitters, a 97-27 record, 1.99 earned run average, 1200+ strikeouts, one MVP, three Cy Young Awards and two World Series Championships.

In 1963, Koufax posted an amazing 25-5 record even though the Dodgers had the most anemic offense in baseball. A joke emerged in Los Angeles inspired by the Dodgers offensive woes. "Did you hear Koufax pitched a no-hitter last night?" Pause. "Did they win?"

Opposing players were quick with accolades and one-liners. Willie Stargell, of the Pittsburgh Pirates said, "Hitting against Sandy Koufax is like trying to eat soup with a fork." Yogi Berra: "I see how he won 25 games. What I don't understand is how he lost five." And manager Gene Mauch: "He throws a 'radio ball,' a pitch you hear but don't see."

Led by Koufax and Don Drysdale, the Dodgers made it to the 1963 World Series against the New York Yankees. Koufax pitched the first game. The scouting report on Mickey Mantle read, "Do not throw him a curveball. He’ll crush it." In the first inning, Koufax struck out Mantle throwing nothing but fastballs. On Mantle's second plate appearance, Koufax threw two quick fastball strikes. Dodgers catcher John Roseboro signaled for another heater but Koufax shook him off. He wanted to try his curveball on Mantle, despite the warning. Koufax threw the curve and at the last second the bottom came out of the pitch. Mantle flinched and the umpire called "strike three." Mantle hesitated, turned to Roseboro and said, "How the fuck is anybody supposed to hit that shit?" The Dodgers went on to win the Series in four games with Koufax winning two.

In 1965, the Dodgers made it back to the World Series against the Minnesota Twins. Koufax refused to pitch the first game because it fell on Yom Kippur. This made Koufax a hero to Jewish baseball fans but a villain to many others. Fan letters to The Los Angeles Times were filled with anti-Semitic invectives. Things became worse when Koufax lost a rain-delayed Game 2. He returned in Game 5 to pitch a complete game shutout and then manager Walter Alston asked Koufax to pitch the deciding Game 7 on just two days rest.

Koufax was wild in the first inning of the final game. Roseboro came to the mound and asked him, "What are we going to do? You have no curveball today." Koufax uttered the immortal words of a sports legend. "We're just going to have to blow them away." He went on to pitch a three-hit shutout and the Dodgers won the Series.

Koufax retired in his prime after the 1966 season due to a painful arthritic elbow that caused his pitching arm to hemorrhage. During his retirement press conference he said, "I've got a lot of years to live after baseball and I would like to live them with the complete use of my body." At 36, Koufax became the youngest player ever elected to the Baseball Hall of Fame. Onetime Dodgers general manager Al Campanis said: "There are two times in my life the hair on my arms stood up; the first time I saw the Sistine Chapel and the first time I saw Sandy Koufax throw a fastball."