I Was a Teenage Athlete

An early lesson in the virus that infects locker rooms. 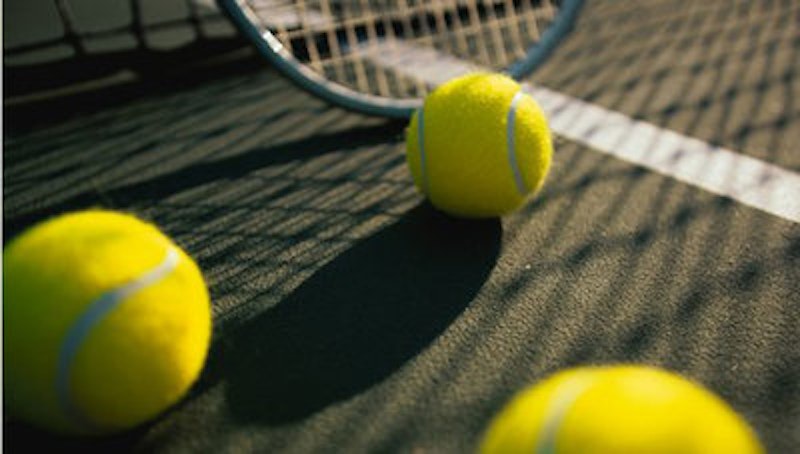 The invisible bullying, hazing and machismo that envelops so many sports teams' locker rooms are a virus. It’s not just Richie Incognito. Every American male who has spent time as a teenager on a sports team knows something of the toxic atmosphere that has been made temporarily visible by the situation Jonathan Martin faced for the last two years. Some locker rooms are exceptional and are safe spaces for their inhabitants, a temporary refuge from a difficult family life, or a place of bonding in an otherwise isolated existence. So many, however, are places of insecurity, constant harassment, minimizing of individuality and insane emphasis on conformity and hetero-normative attitudes on gender. A boy is supposed to "man up," instead of mature. Pain is secondary. Emotional pain? What's that? Recovering from an injury? Your body is healed and that's all that matters.

I played team sports throughout my childhood. My mom signed me up for Pop Warner Football, recreational basketball, Little League baseball, soccer teams, and countless summer youth programs and summer camps (usually hoops) in which I sweated and competed and learned what being a teammate was. On the positive side, I learned how to persevere, not quit teams I didn't want to play on, learned how to compete, play fair, get over the anxiety of being on a stage, whether it was on the pitcher's mound, the point guard dribbling at the top of the key on a basketball court, or serving on a tennis court. I learned how to bullshit, laugh, make friends, get along, and deal with people and situations that made me uncomfortable.

I also learned how/what not to be: don't be a Jew, don't talk about your feelings, don't be honest with people when they say things that upset you, don't stand out, don't be last in any drill and don't push back when you're bullied (especially when you're smaller than most of your teammates). Also: don't be mediocre. Don't be the worst player on a team at anything. Your self-confidence is tested every time you have the ball in your hands. Thankfully, most of the time, I made it. Until I decided the game was losing out to the atmosphere around the game. The identity that I was developing didn't fit with the identity that team sports demanded of me after the age of 15.

So I stopped playing. There was a tennis team, but tennis doesn't really count. The court was right next to my house. The majority of the kids on the team were not jocks. Some were barely athletic enough to play. Our high school's team played in a league that allowed our coach to keep pretty much everyone. Just getting enough kids for a team was a problem in earlier years.

Understanding how to balance yourself as an individual within a team is a great skill. I'm lucky to have had the opportunity. I also had a strong enough sense of my own identity to know I couldn't continue to play. However, some of my most confident moments, my favorite memories, were on a basketball court, a baseball field, or a tennis court. The one year of cross-country during my freshman year was mostly unmemorable, except for an utterly awful finish to a race in which I had peaked way too early, where I was up with the juniors and seniors for the first half, before watching the other freshman pass me on the home stretch, while I barely avoided vomiting for the final 200 yards.

The culture within a team is occasionally unifying. The Boston Red Sox of 2004 and 2013 are proof. The San Francisco Giants of 2010 and 2012 are proof. The Boston Celtics, for so many of the championship seasons in the franchise's past, has given endless evidence. The Butler Bulldogs two NCAA Championship game appearances in 2010 and 2011 are further examples. We can't really know how that atmosphere was created. The phrase "changing the culture" is tossed around haphazardly these days, as if a coaching staff and front office can attempt to screw in a new light bulb and flip the switch in order to develop that ineffable quality of chemistry and trust that makes the most unified teams tick.

What is clear: how to destroy a culture, or a positive atmosphere, or to divide a locker room. Like with any group, once it’s divided, it’s conquerable. Pit teammates against each other. Talk behind each other's backs. Turn friendly competition into a winner-take-all contest every day, where the teammates that lose feel bad about themselves and their abilities. Use the media to blame each other for losses, or to talk about how great one player's individual contribution is. Coaches like Bill Belichick and Gregg Popovich often toy with the media, giving clipped or sarcastic answers. They demand silence from most of their players, in the guise of "let's keep it in-house." Who can blame them? They know that talking to the media is potentially dangerous. They know that certain players may say things which can/will be used to create controversy—more often now than before, with the potential disaster area that is Twitter. Yet, keeping players from being able to speak is a control-freak's reaction to the unpredictable nature of the beast.

Finally, the culture is beginning to take bullying seriously. The NFL's reputation is sinking slowly into an inevitable place where the only fans left in 20 years may be the least fortunate members of society, in some cases, those who are unable to read the writing on the wall. When people recognize that a personal investment of time, passion, and emotional energy in a sport that is increasingly being "outed" for the barbaric world that it enables/allows/perpetuates there is a ticking clock on its existence.