A Ravens great didn’t know when to quit. 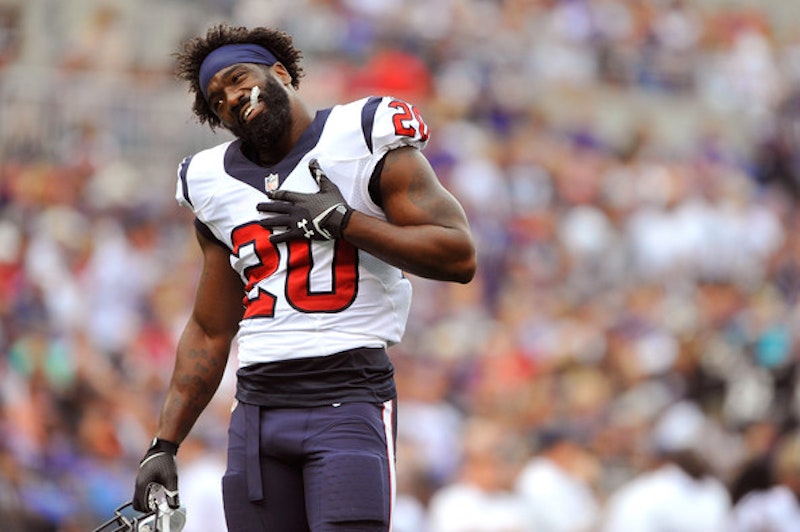 The Houston Texans released veteran safety Ed Reed on Tuesday just one day after he made comments critical of the coaching staff and less than eight months after signing the future Hall of Famer to a three-year contract. Reed’s release fulfilled a predictable end to his short time in Houston, and likely his impactful career.

Reed was a transcendent player in 11 seasons with the Baltimore Ravens. He established himself as one of the best ball-hawking safeties in league history and evolved into a one-man highlight reel. Reed’s responsible for some of the most memorable plays in Ravens’ history and for many of the gray hairs on the heads of Brian Billick, John Harbaugh, Ozzie Newsome and Steve Bisciotti. Reed’s physical gifts and uncanny football instincts made him a fan favorite but his mercurial nature and penchant for freelancing often flew in the face of the coaching staff. As Reed’s body broke down—he dealt with chronic neck and hip issues over the past few seasons—the dynamic plays were fewer and his defensive lapses started to mount. For his last few seasons in Baltimore Reed, was like Superman without his cape as his frequent gambles left cornerbacks out to dry and he tackled with all the ferocity of retired matador Deion Sanders.

After the Ravens’ Super Bowl victory last February Reed had the chance to retire with Ray Lewis. The duo that had defined the Baltimore franchise for a decade had achieved their ultimate goal and were both clearly at the end of their playing days. As Lewis took a new cushy studio job with ESPN, Reed delayed hip surgery and sold himself as a defensive difference maker for a Texans team that was desperate to make some noise in January.

The Texans hoped that Reed had enough left in the tank to influence their young secondary and the leadership ability to prevent another crash and burn in the NFL playoffs. Houston suffered early playoff exits in each of the prior two seasons and with QB Matt Schaub and WR Andre Johnson getting older there was a sense of now or never regarding the team’s championship hopes. Shortly after signing with Houston Reed opted for surgery on his hip, a surgery that the Ravens training staff knew would be required and likely altered the team’s plans. Houston writers balked and suggested that the Texans purchased damaged goods. Fans and media in Baltimore nodded knowingly.

Reed was a shadow on the field for the Texans this season. He wasn’t alone. RB Arian Foster and Schaub battled through injuries and slumps as Houston’s season and Super Bowl dreams were circling the drain by late September. When Reed suggested that interim coach Wade Phillips was outcoached in Sunday’s loss to Arizona the Texans’ braintrust had apparently had enough. Reed’s physical ailments and his mercurial nature led to his exit from Baltimore and his level of play and mouth got him booted from Houston.

The Texans hoped Reed was their version of Shannon Sharpe, the media darling and future Hall of Fame tight end, who pushed the Ravens from contender to champion in 2000. Instead, Reed’s time in Houston will be remembered more like Willie Mays in a Mets uniform or Shaquille O’Neal riding the Celtics’ bench, a sad ending for a proud man who didn’t know when it was over. I’ll always remember Reed as a flash of light swooping in from off screen to snag a tipped pass and gliding down the sideline for a game-changing touchdown.