So tell me: who are you? 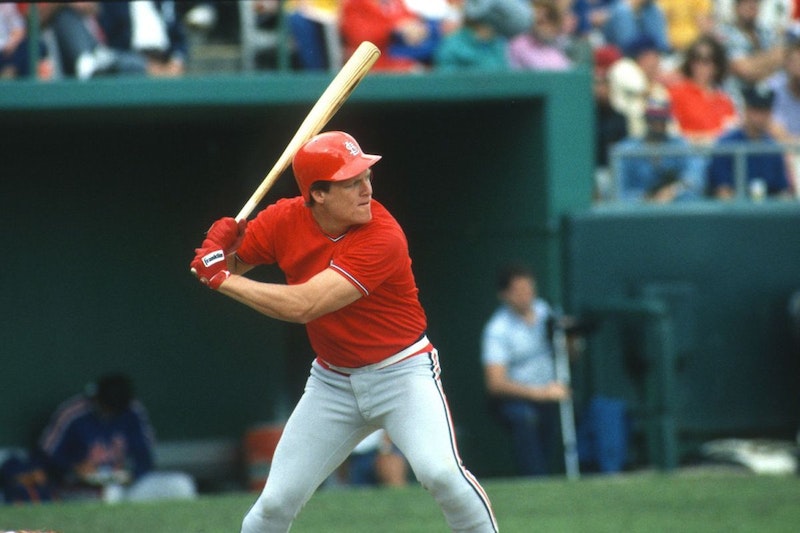 You flip through your baseball cards and pretend you have a choice: you can be Ed Hearn or Jim Lindeman or nobody.

If you’re Ed Hearn, you get to be on the 1986 World Series champion Mets but you also nearly die of focal segmental glomerulosclerosis (try saying that two times fast). You get to appear in the shitty classic “Let’s Go Mets” music video, cut during that era when everyone from Vince McMahon to the Monsters of the Midway was cutting shitty classic music videos, but you also have to undergo two kidney transplants and wear a breathing mask when you go to bed at night. You get to tell your story on the motivational speaking circuit, but is it a story you really want to tell? You’re Ed Hearn: catcher, fourth-round draft pick, yet another one of the thousands of jockstrap monuments to what could have been.

And if you’re Jim Lindeman, you have the honor of being the second best baseball player in Bradley University history after Kirby Puckett, but second best is only one notch above Bryan Rekar, Mike Grace, or Bill Tuttle and who the heck are they (well, Rekar was in the Super Nintendo MLBPA Baseball game, so he was kinda somebody)? You’re a first round pick of arguably the best-run franchise of the 1980s, a potential big bat for the St. Louis Cardinals to complement the likes of Jack “The Ripper” Clark, but your only decent season in the majors is your second, in ‘87: eight homers spread across 207 at-bats, plus a World Series appearance against the Minnesota Twins and your old Bradley Braves teammate Puckett. You remain a potential star, in the same way more recent forgotten prospects Travis Snider and Delmon Young were, but you never become an actual one. You’re Jim Lindeman: a family man, a teacher, a coach… and isn’t that enough?

Or maybe you’re just nobody, nobody at all, a kid who collected Topps baseball cards the way your ever-changing classmates collected friends, family, and happiness. You keep wanting your parents to love each other and to spend time with you, but they don’t and what you’re left with are these cards. You won five field days in a row, second grade through sixth grade, but your mother won’t even let you outside in the yard to play because she’s embarrassed by how awful things are at home. You’re nobody, and it’s not a tragedy because that would mean someone bothered to notice your situation in the first place.