The winter sports are, with the exception of ice hockey, repetitive and boring. 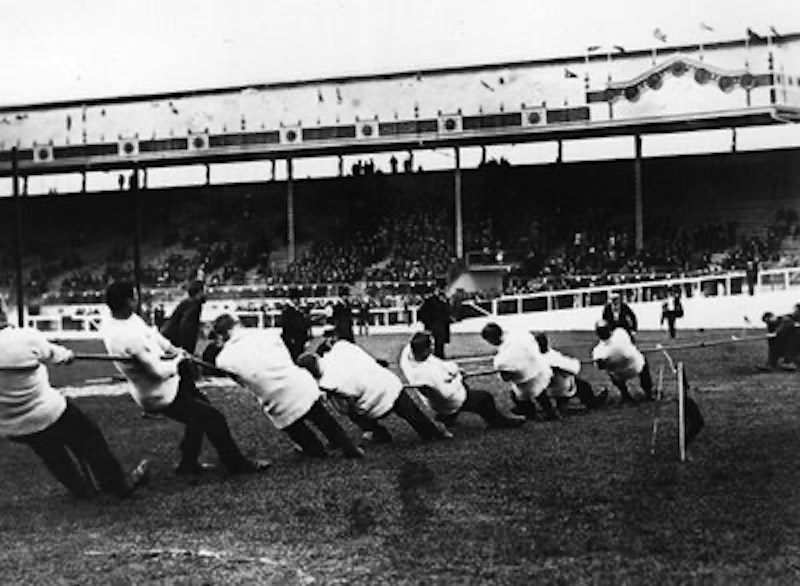 The 2018 Winter Olympics begin in less than four months, but as usual no one’ talking about them. There’s no chatter, no buzz, no scandal, no anticipation at all. The fact is that no one really cares about, or pays much attention to, the Winter Games—even this time around when they’re being held in Pyeongchang, South Korea, about a 50-mile nuclear missile toss away from their creepy, trigger-happy neighbors to the north. In the end, that may well turn out to be the juiciest story line going in.

It certainly won’t be the Olympic events themselves that lead the way. The winter sports are, with the exception of ice hockey, amazingly repetitive and boring. There are very few head-to-head competitions or team clashes in this wintry mix. Instead, it’s the bobsled (or luge or skeleton or skater or skier or ski jumper or snowboarder) going down the hill or across the ice, followed by the next in line, and then the next, looking almost exactly the same and differing at the finish line by a tiny fraction of a second or a missed extra twirl. The NBC announcers get terribly worked up over it all, but, really, they’re the only ones and they’re paid. We watch mainly to see if a bobsled goes sailing over the wall, or a skier crosses a tip and goes barreling into the hay bales, or a skater crumples to the ice under a sad little shower of glitter and beads. Even NBC’s dedicated but incorrectly named Olympic Channel (it should properly be called the Olympics Channel), almost entirely features action from the Summer Games because everyone knows those sports are far more compelling and watchable, with lots of direct action in track, swimming, rowing, boxing and so on.

What the Winter Olympics really need in order to get up off the mat are a few new sports. And by new, I mean old—tested, true, things we already know about. I’m not suggesting the return of the standing high jump, underwater swim racing or live pigeon shooting—all of which have been Olympic events in the past. I’m suggesting the reintroduction of the most thrilling, exhausting, agonizing, head-to-head, perfect for TV sport of them all: the mighty tug-of-war. That’s right—eight men or women at each end of a study piece of rope, pulling with all their might for king and country.

The tug-of-war was an Olympic sport beginning in 1900 and ending in 1920. At that time, individual tug-of-war clubs could enter the competition rather than national teams; because of this, the U.S. won all three medals in 1904 and Great Britain in 1908. Then a few years later, the sport was discontinued, but no one seems to know why. Maybe it reminded Olympics officials too much of a village-against-village event at a country fair. Maybe the spectators got too excited or had too much fun. In any event, it’s inconceivable to me that taekwondo, ice dancing and trampoline jumping are all Olympic sports right now while the elemental battle of the tug-of-war can find no love at all.

Can you imagine if we’d had the tug-of-war all along, in every Olympics year since 1920? Would you have wanted to see England vs. Germany in 1936? U.S.A. vs. U.S.S.R. in 1960? Israel vs. Egypt in 1968? The TV ratings would be off the charts. And can you imagine what the East German women’s tug-of-war team would have looked like? Epic.

Today’s match-ups wouldn’t be bad either. North Korea vs. South Korea would be a highly entertaining spectacle, especially in next February’s setting, as would Australia vs. New Zealand or India vs. Pakistan. (And would you care to cast in your head a Dirty Dozen-type movie about getting the U.S. team together?)

Because it requires so little space and could be held indoors, the Tug-of-War would qualify as a winter event. Further, the International Olympic Committee (IOC) has stated that any new sport allowed in would be based on “added value; youth appeal; attractiveness for TV, media and the general public; gender equality; minimum impact on infrastructure, operational complexity and cost.” I say, check, check, check, check and double check.

The Tug of War International Federation now has member groups in more than 60 countries, and it yearns for inclusion in the Olympics. In fact, its mission statement says in part: “Our Primary Objective is to attain a sufficiently high level of excellence and universality to expedite our acceptance by the International Olympic Committee as a sport within the programme of the Olympic Games, a status held by our sport in the early years of the 20th century.” So it’s not just me.

So far, the IOC has turned a deaf ear. Meanwhile the new sports it’s approved for the 2018 games are snowboarding and freestyle skiing, mass-start speed skating (I hold out some hope for that one) and mixed doubles curling (although I realize it has a certain hipster cachet, I can’t help seeing it as anything but shuffleboard on ice).

I suppose it’s too much to hope for anything actually happening in February, but how about 2022 in Beijing? The Chinese probably invented tug-of-war. Indeed, a Chinese legend has it that the sun and moon play tug of war over the light and darkness. More to the point, would you tune in to China vs. Japan, or China vs. U.S.A. with China as the home team and the smell of upset in the air? Of course you would. It’ll probably never happen. It’d be too much fun for the IOC to handle, with only billions watching around the globe. But I’m pulling for it.