The Red Sox Have Commitment Issues

If the Sox trade Mookie Betts, it better not be for prospects. 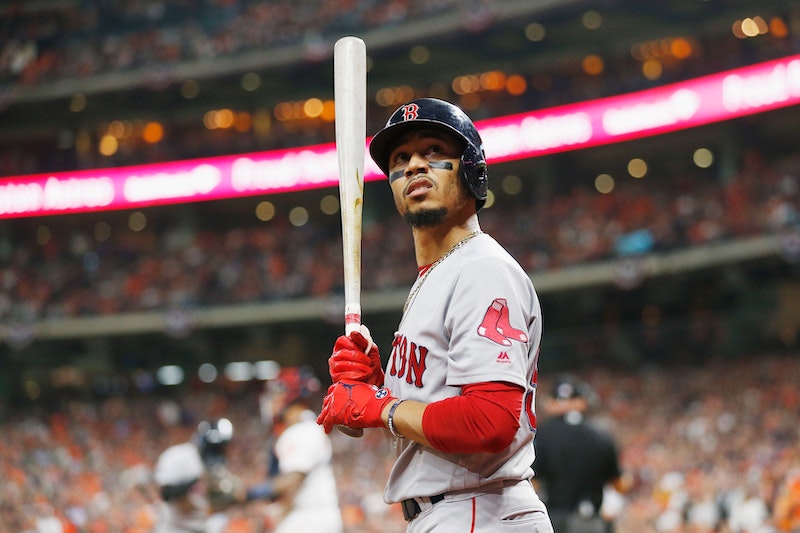 The Boston Red Sox allegedly fired President of Baseball Operations Dave Dombrowski for his inability and unwillingness to reduce the team’s $242 million payroll, $36 million above the Competitive Balance Tax. Boston’s financial bloat cost them $12 million in penalties for the second straight season, and a 10-spot demotion in the 2019 amateur draft. Should the Sox exceed 2020’s $208 million cap, overages will be taxed between 50-94 percent. Those levels might be economic for a perennial contender, but not for a club whose performance this decade has yoyo’d between legendary (2018) and below-average (2014, 2015, and 2019). In fact, the size of the payroll is likely what’s to blame for the lumpy results in the first place: contracts with large average annual values (AAVs) tend to carry long tenors, too. This high degree of operating leverage is what has given the club its recent boom-bust dynamic.

Unfortunately, there’s little a team can do when a high-value contract goes sour. Pablo Sandoval has sat on the Sox’s books for five years, making $18 million per season, but he hasn’t played a game with the club since 2017—even worse, in his 2 ½ season tenure, he amassed a total of -1.8 fWAR. Hanley Ramirez ($88 million/4 years, signed 2014) has a similar story; Nathan Eovaldi ($68 million/4 years, signed 2018) is the latest albatross.

Looking to 2020, Boston can either let J.D. Martinez walk—without replacing the slugger—after he inevitably opts-out of the remaining three years on his $110 million contract, and try to structure a lineup around Mookie Betts, Xander Bogaerts, and Rafael Devers, all while hoping the pitching staff works itself out (which would require full health from Chris Sale, David Price, and Eovaldi, saying nothing of the bullpen), or they could de-lever through the trade market, offloading Betts, and his projected $30 million salary, to replenish the farm system.

But what kind of return could the Sox expect for one year of Betts? Maybe a blue-chip prospect, possibly two, but certainly no one who could have the 8.0+ fWAR impact that I believe Betts will have in 2020, his final season before reaching free agency. Betts has made it clear he wants to test the open market; it’s unlikely any team could execute a trade-and-extend, dampening his value. And even without Betts and Martinez, the Sox would still have over $160 million of 2020 salary obligations.

For this reason, if the Sox are truly committed to reducing payroll, they ought to think of Betts as a deleveraging asset, someone who could be packaged with Price or Eovaldi to eliminate certain long-term commitments and increase flexibility. The team doesn’t have a payroll problem—principal owner John Henry will foot a $208 million bill, after all—it has a commitment problem.

Price, who has averaged a little less than 3.0 fWAR annually since joining the Sox, is not a bad pitcher; he’s just overpaid. Betts, meanwhile, is probably the second or third best player in the game. A Betts/Price package would put fringe teams—like the Padres, Rangers, Giants, Angels, etc.— in immediate contention. Plenty of current contenders, like the Dodgers and Nationals, would be interested, too.

This doesn’t mean the Sox would have to forfeit 2020, either. Salary relief would allow the team to experiment with opportunistic short-term deals. Yasiel Puig will likely need a pillow-contract to reclaim his value; 39-year-old Nelson Cruz could fill Martinez’s hole at DH; Trevor Bauer, my pick for 2020 Cy Young, is underloved and should be on the top of the Sox’s trade list.

Does trading Betts make sense on a baseball level? No—even at $30 million, I doubt many players will produce more WAR per dollar. But the Sox have boxed themselves in, and unless the new GM wants to tiptoe over the Luxury Tax like Dombrowski and limit his ability to transact at the trade deadline, he needs to consider something drastic. In 2012, the Red Sox traded Josh Beckett, Adrian Gonzalez, and Carl Crawford to the Dodgers in a salary-heavy deal that allowed then-GM Ben Cherington to build the 2013 championship team. Trading Betts could allow for something just as transformative.