Fenway Park, home of the Red Sox, is the oldest active Major League ballpark in America. 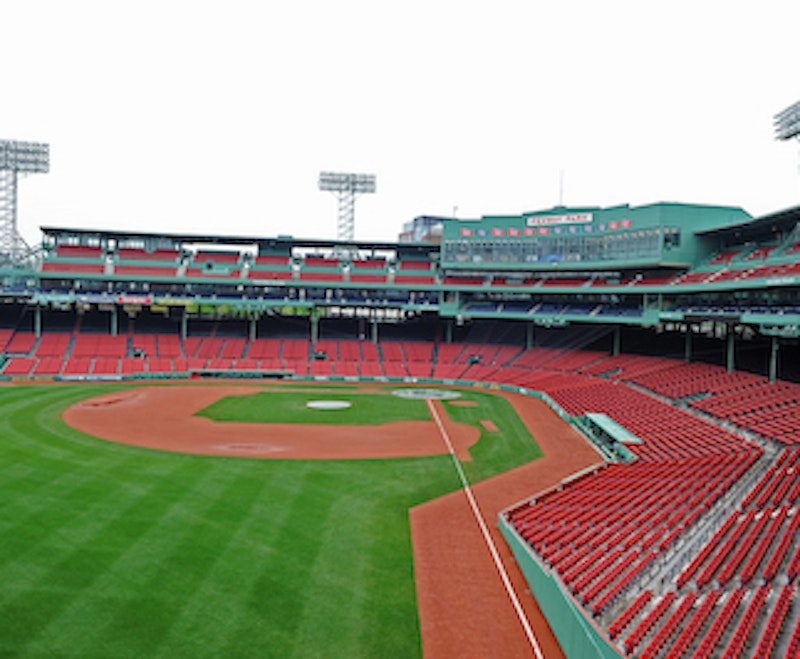 Professional sports teams in Massachusetts from the four major American pro leagues (MLB, NFL, NBA and NHL) have earned a reputation as winners in the 21st century.

Between the Boston Red Sox, New England Patriots, Boston Celtics and Boston Bruins, there have been 12 championships won since 2002; the Boston area has more titles than any other market in the country. That is one reason to praise them, but here’s another: none of the teams play in taxpayer-funded venues. In an era where the corporatist racket is virtually guaranteed anytime a pro sports team wants a new stadium, this might be the more impressive feat of the two.

Fenway Park, home of the Red Sox, is the oldest active Major League ballpark in America. Established in 1912, the extraordinarily historic and popular park has flaws—like pillars obstructing the views of thousands of grandstand seats, the seats built for a team when people were shorter and thinner than today, a lack of parking options and limited seating capacity by today's standards (37,755). However, it’s a huge piece of Boston's culture and comes from a time when taxpayer-funded stadiums were unheard of for baseball teams. When then-owner John I. Taylor moved the team from the Huntington Grounds, he did so by purchasing a 330,000 square foot mudflat plot in the Fenway neighborhood of Boston—and building a 35,000-seat baseball stadium on top of it.

Over the years, Fenway has undergone renovations. Most notably, the current Red Sox ownership group headed by John Henry has poured more than $200 million into sprucing up the park in order to keep the team there long-term. As the now-John Henry-owned Boston Globe reported in 2011, the park is expected to be usable until 2061.

The other two major sports teams in Boston, the Bruins and Celtics, moved from the old Boston Garden to the Fleet Center (now called TD Garden) in 1995. While their venue sits atop North Station, it’s not a taxpayer-funded venue. Rather, it’s owned by Delaware North Group, a company owned by Bruins owner Jeremy Jacobs. He had to make a deal with the Commonwealth of Massachusetts to build the venue where he wanted it—giving the state what they wanted under then-Gov. Bill Weld’s leadership. The agreement they came to required Jacobs to contribute $10 million towards the North Station rebuild and make the venue available for at least three charity events per year to benefit “the commission that oversees state recreation facilities,” as the New York Times reported at the time.

Unfortunately, it appears Jacobs never fulfilled that latter promise—something the state should push him on. On the positive side, however, his organization did pay $160 million for their venue that the Celtics also utilize. Not only is it efficient for NHL and NBA teams to share venues, but also making sure the burden did not fall on the taxpayers put the risk on the Delaware North. One could argue this created a greater commitment to staying in the facility in Boston than had it been a lease the team could break and jump ship for the next good offer.

The New England Patriots almost did this when they were made a great offer to move their club to Hartford, Connecticut in the late-1990s. The deal would’ve given them a $350 million stadium to play in rent-free, guaranteed them at least $17.5 million annually in luxury suite sales, build infrastructure around the venue and pay the team for any sponsorships they would’ve lost out on by moving to a smaller sports market. As Sports Illustrated points out, the package was worth about $1 billion for the Patriots. Even though Patriots owner Robert Kraft agreed to the deal in November 1998, it ran into some issues when Hartford had trouble buying the lot they wanted from Hartford Steam Plant’s parent company and Kraft’s environmental experts determined it would take 36 months to decontaminate the land of its coal tar.

Initially, Kraft wanted to buy land in Foxboro and privately fund his own stadium; he wanted Massachusetts to spend $72 million in infrastructure upgrades surrounding the area, a request the state had previously rejected. However, in April 2000, six days before Kraft could opt out of the Hartford deal, the state paid $70 million to improve Foxboro’s infrastructure, so Kraft went ahead and built Gillette Stadium. Although it would’ve been better if he did it without Massachusetts having to spend any extra money, at least it was far less expensive than the stadium Kraft spent $325 million on.

Even the Boston Cannons, the pro lacrosse team which plays in Quincy, Massachusetts at Veteran’s Memorial Stadium—a New Deal project—invested $1.5 million in renovations before they played. While that might not sound like much, it did improve the venue used by Quincy High in a number of sports.

In recent years, there have been raw deals for communities for taxpayer-funded stadiums. It appeared as though Turner Field was a win-win for Atlanta and the Braves as the stadium was gifted to the city by the Olympic committee for hosting the 1996 Summer Games. However, the Braves only played there from 1997 to 2016 and bounced for SunTrust Park, a $650 million venue that cost taxpayers $300 million; it was negotiated in secret by Cobb County Commissioner Tim Lee and Braves ownership, as Reason Magazine points out. The Braves would’ve stayed at Turner Field had Atlanta spent $150 million to $250 million in renovations, so instead Atlanta Mayor Kasim Reed let the team move 12 miles south so the city would be, “stronger financially and not choked by debt.”

For some reason, Arlington, Texas is also giving the Texas Rangers a new venue—right next to their current facility that was built in 1992. Globe Life Field is projected to cost taxpayers $500 million—and will be funded with tax hikes. According to The Dallas Morning News, “The deal calls for the city to issue $500 million in bonds to help pay for the stadium. A half-cent of sales tax, two percent hotel occupancy tax and five percent car rental tax would pay off those bonds over an estimated 30 years. Voters also approved a ticket tax of up to 10 percent and parking tax of up to $3 at the new stadium.”

Never mind that the economy in Texas is booming with a mere one percent corporate tax rate, this massive handout to the wealthy passed at the ballot box with 60 percent support in 2016.

Boston also fared far better than New York when it comes to stadiums. During Michael Bloomberg’s tenure as Mayor, he allotted $1.2 billion in public funding for a new Yankee Stadium, $600 million for the Mets to build City Field and $1 billion on Barclays Center for the Brooklyn Nets; the latter also exhibited a gross use of eminent domain.

There are cases where taxpayer-funded venues can help an area—like Nationals Park did to Washington, D.C.’s Navy Yard neighborhood. However, there are also cases like The Dome at America’s Center where the St. Louis Rams left for Los Angeles and left their city behind with more than $100 million in stadium debt.

While some argue stadiums generate jobs and economic activity, others say they create part-time, low-paying work and siphons money from other local food and entertainment options. Free marketeers say the government shouldn’t pick the winners and losers in the economy while egalitarians sees it as a form of class warfare with the top one percent winning once again.

On stadiums, former Minnesota Gov., WWE legend and conspiracy theorist Jesse “The Body” Ventura put it best. When he had a meeting with the Minnesota Vikings ownership group, who wanted a new taxpayer-funded stadium, Ventura said, "Well, Red, what do you need to see me for? I'm sure there's a landowner out there. You can buy some land and build a stadium. Go ahead. You don't need my approval."