Even among those who believe trans women athletes should be able to compete against cis women, this is controversial. 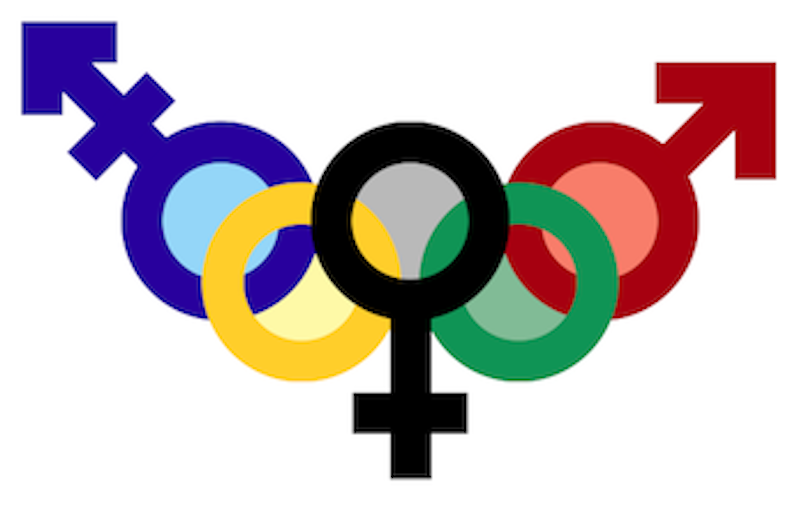 When the 2020 Olympics kicks off next year, there could be transgender competitors.

The International Olympic Committee attempted to implement stricter standards for an official policy for trans athletes. However, last week, the IOC delayed their proposal, which would allow biologically male, male-to-female transgender people to compete on the women’s side against biological women—because their panel of scientists couldn’t come to an agreement on the standard; this indicates there might not be a new standard put forth in time for the 2020 games.

Currently, as The Guardian recently reported, “athletes who transition from male to female can compete in the women’s category without requiring surgery to remove their testes provided their total testosterone level in serum is kept below 10 nanomoles per litre for at least 12 months.”

Even among those who believe trans women athletes should be able to compete against cis women, this is controversial. After all, the "normal" testosterone range for a woman is 0.12 to 1.79 nmol/l and the average for a man is 7.7 to 29.4 nmol/l. In other words, the trans woman athlete would be eligible to contend if their T levels are on the lower side for a male—but still significantly higher than the average woman.

Some scientists on the panel recommended lowering the level to below 5.0 nmol/l for male-to-female competitors.Regardless of what scientists on the panel try to argue, it’s difficult to ignore biology. No matter what their current testosterone level is, biological men, on average, have clear athletic advantages over women and shouldn’t be competing against them. To suggest otherwise is likely not an argument based on biology, the science that applies here.

Although bone density changes in male-to-female trans people, other advantages don’t magically disappear. If one trains for years with male testosterone levels, it’s not as if all of that extra muscle mass withers away. Over the summer, The Journal of Medical Ethics concluded not only that the current IOC testosterone standard is unfair to biological women but also that "Science demonstrates that high testosterone and other male physiology provides a performance advantage in sport suggesting that trans women retain some of that advantage."

Even so, there could be at least one trans woman competitor in the 2020 Olympics.

New Zealand’s Laurel Hubbard, a 41-year-old biologically male women’s power lifter is in serious contender to compete in the 2020 games. The heavyweight power lifter took home two gold medals and a silver medal at this year’s Pacific Games over the summer in Samoa, sparking controversy. And earlier this month, Hubbard took sixth place at the IWF World Championships in the over 87 kilogram weight class—the top performance of any contender from an Oceanian country (the Olympics uses this term to encompass countries on the continent of Australia and a handful of other Pacific Islands).

Just 14 weightlifters in Hubbard's division will compete in the 2020 games—the top-eight in world rankings with a limit of one per country. Then, from there each continent is guaranteed a spot to contend. As NBC Sports points out, Hubbard is ranked 33rd after missing an event early in the qualifying phase with an injury. However, Hubbard outlifted the 22nd and seventh ranked lifters in the division, Australia’s Charisma Amoe-Tarrant and Samoa’s Feagaiga Stowers at the Pacific Games in July.

USA Weightlifting CEO Philip Andrews told NBC Sports, Hubbard has “a shot” at making the Olympics, but it would be “an uphill climb.” As Outsports pointed out last year, Hubbard’s one of just a few male-to-female trans athletes who could compete in the 2020 Olympics.

Although I am no Olympian, I’ve competed in high school sports since 2011, first as a player and later covering games for a handful of publications. Covering games of girls and boys teams, it’s clear the athletic ability between the two sexes is not equal—and that’s coming from someone who supports girls sports and makes an effort to cover girls teams. The girls work hard and deserve recognition for their athletic achievements the same way the boys do, but there’s no question which teams would win if they faced off against one another.

I’ve never covered a trans athlete, but here’s a not-so-quick anecdote from my own high school sports career, illustrating the athletic difference between biological men and women. I was a high school football state champion, but also a member of my high school’s indoor track and field for parts of two seasons as a JV shot putter. I essentially stopped showing up a few weeks into my senior year because going from being a state champion varsity football player to JV in a sport I didn’t really care about didn’t bode well.

Anyways, in addition to throwing shot put, I also ran in the JV 55 meter dash—as a joke. I didn’t train as a runner at track practice. I never practiced running outside of football. I didn’t own a pair of track cleats; I wore ripped up sneakers to track meets. I’ve never been a “good” athlete. I didn’t get a letterman jacket until my senior year. And going into the winter track season my senior year, my body was pretty beat up from four months of football.

However, at the first meet of the season, I ran the 55-meter dash and had a lousy 26th place finish (7.73 seconds). And yet, my time was better than the girl who came in first place at the meet (7.88), including a couple of more girls who competed at states that season. In Massachusetts high school sports, one can simply compete as the gender they identify as long as they clear it with their specific school district. Since I already achieved my childhood dream of winning a football state championship for my hometown at Gillette Stadium, the opportunity to compete at track states against girls never struck my mind—but to think what could’ve been if I dyed my hair blond, changed my name to Tomi and went for it…

That’s not to disparage trans people, many of whom suffer from gender dysphoria. They should be treated with sympathy, compassion, respect and dignity, as one should show anyone else in society. The suicide rates, the violence against them and their shortened lifespans are tragedies that need to be addressed.

Both conservatism and progressivism have many good ideas. However, if progress is men dominating women’s sports—as the well-intentioned Equality Act would allow for—call me a reactionary because that’s as crooked as food stamps subsidizing the Walton family fortune.