Every year there are a couple noticeable snubs at the All-Star game. 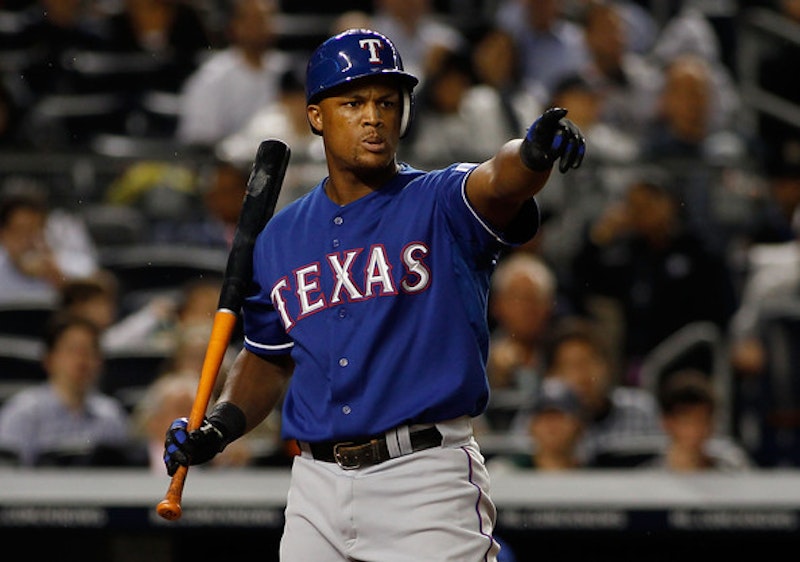 >Baseball’s All-Star Game is fairly insignificant, at least for the players. Even though the Midsummer Classic decides home field advantage during the World Series, the fans and media are the only ones who seem to care about it, which makes sense, given the relative frivolity of the event. Most of the guys aren’t even going to see October play, so why should they care about the World Series? American League pride? Please.

The All-Star Game is fun for the fans, though. It showcases the year’s top players and acts as a buffer between the first and second halves of the season. Since the selection of the starting nine is a democratic process, however, a couple deserving players are usually dismissed because of the small market they play in, or the great fame of Josh Hamilton. Not that Hamilton is undeserving this year. If anything, he’s the most deserving, with a .320/.379/.652 slash line and 22 home runs. In years past, though, like 2009 and 2011, his popularity overshadowed the true All-Stars. With a leader board full of Rangers (Mike Napoli, Ian Kinsler, Adrian Beltre, and Hamilton), I’ll take a look at who the AL starting nine should really be (all stats as of 6/24):

Joe Mauer, C: In the midst of another power outage, with only three home runs, it’s easy to forget about Mauer, who was fairly recently the sport’s best player. His .313 batting average is impressive, if not unusual for the 2009 MVP, but the .414 OBP he carries along with it is what’s truly striking. Sporting the highest BB% of his career, at 14.4%, Mauer has played far better than leading vote-getter Mike Napoli.

Paul Konerko, 1B: Leading the White Sox to a surprising 37-34 record, Konerko hasn’t seemed to age a bit since their 2005 World Series victory. Batting a robust .349/.419/.570 with 13 home runs, Chicago’s captain is the American League’s most consistently underrated slugger.

Robinson Cano, 2B: It pains me to say this, as my hatred for the Yankees runs deep, but Cano has outplayed every other middle infielder in baseball. It’s surprising that Kinsler is currently edging him in terms of votes.

Elvis Andrus, SS: This speaks to how fantastic the Rangers are. The fact that practically their entire lineup is filled with deserving All-Stars is a testament to Jon Daniels and the development staff in Arlington. While Derek Jeter is hitting .310, his fWAR, at 1.1, is far below that of Andrus, which sits at 2.4.

Josh Hamilton, OF: Motivation is no problem for Hamilton this year, as his contract is up at season’s end. Analysts keeps talking about how his injury history and substance abuse problems will scare teams away from inking the slugger to a huge, Prince Fielder/Mark Teixeira-esque deal. We’ll see about that.

Adam Jones, OF: The center fielder has broken out in a major way, and is the leading catalyst behind Baltimore’s early season success. Comparisons to Carlos Gonzalez and Andrew McCutchen are finally justified.

Mike Trout, OF: Surprisingly, of the three outfielders listed, Trout has the highest fWAR, clocking in at 3.6. His five tools have been a blessing to the Angels and have shown baseball fans what to expect in the coming years. I can’t decide what’s most impressive: his .337 batting average or league-leading 20 stolen bases.

David Ortiz, DH: Amidst all the drama and media coverage, Ortiz is still having a terrific year, showing his usual consistency at the plate with a patient approach. Let’s just hope he doesn’t screw with his mechanics trying to win the Home Run Derby again.