Markakis and Gausman have to step up. 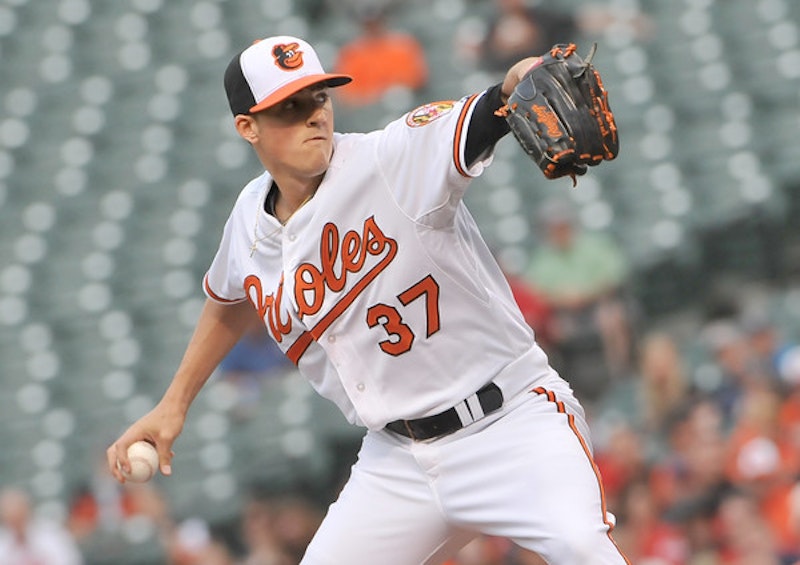 The Baltimore Orioles have attacked this offseason with all the urgency of a three-toed sloth on Quaaludes. Despite gaping holes at second base, left field, designated hitter, and the starting rotation, the Birds have failed to sign a single free agent to address those areas of need. The trade for David Lough, formerly of the Kansas City Royals, has done little to quell a fanbase on the verge of a return to apathy. While there’s still a chance that the Orioles will make a move, possible adding closer Fernando Rodney and starter Bronson Arroyo, Baltimore’s offseason inertia has put extra pressure on right fielder Nick Markakis and rookie hurler Kevin Gausman as Spring Training looms just weeks away.

The loss of free agents Nate McLouth and Brian Roberts has left Markakis as the only viable candidate on the Orioles’ 40-man roster to bat atop the order. The 30-year-old outfielder posted the worst season of his career in 2013. Rather than addressing the need for another productive outfielder and established leadoff hitter, the Orioles will count on Markakis to experience a renaissance and become a table-setter for a middle of the order that features All-Stars Manny Machado, Adam Jones, and Chris Davis. Markakis proved to be a valuable leadoff man in the summer of 2012 before succumbing to a thumb injury that ended his season in early September. The hope among Birdland faithful is that the outfielder’s 2013 struggles were due to lingering issues with his injured thumb. After an offseason of inactivity the Orioles seem to be banking on it.

Baltimore rushed 2012 first round draft pick Kevin Gausman to the big leagues last season when a slew of fifth starter options flamed out. Gausman made his Major League debut in May at 22. He quickly joined the Orioles’ collection of failed starters and pitched out of the bullpen before shuttling between Baltimore and Triple-A Norfolk. The organization’s top prospect, with Dylan Bundy on the shelf, logged just 144 innings in his first professional season. If the Orioles fail to add a starter along the lines of Arroyo in the next few weeks they’ll likely have to count on Gausman, or some collection of Zach Britton, Josh Stinson, and Steve Johnson, for 200 innings. All that’s assuming that Bud Norris, who came from the Astros, quickly adjusts to life in the American League East and proves to be a useful fourth starter.

Gausman and Bundy, two of the best pitching prospects in baseball, offer the Orioles the best chance at a future staff ace. The team has shown no willingness to pay for free agent pitching and fans shouldn’t expect that policy to change. For the Orioles to be a serious contender for the AL East crown in 2014 they’ll need Gausman to grow up in a hurry and join Chris Tillman atop Buck Showalter’s rotation.

Relying on an outfielder who posted a .685 OPS last season and a rookie pitcher with a 5.66 ERA doesn’t look like a recipe for success, but those are the options that Showalter has been dealt.