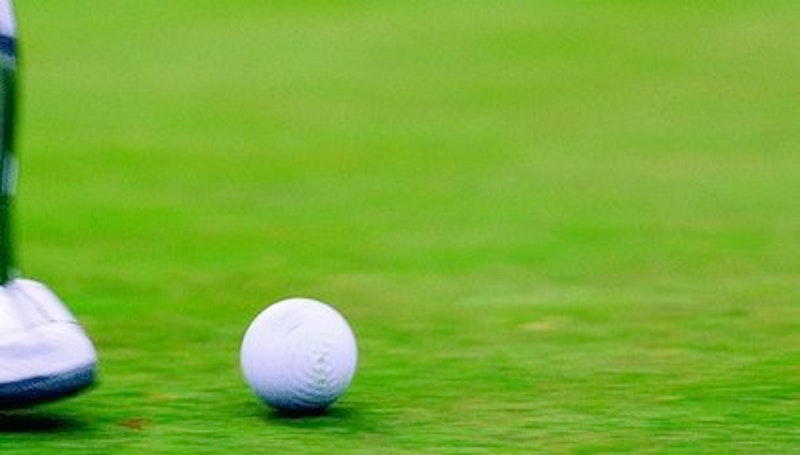 Writing for Grantland.com, Caleb Hannan's long document of a story about an inventor of a golf putter who committed suicide lit up the Internet and social media over the weekend with its stunning lack of compassion. Grantland is under the ethical microscope at websites from Slate to Think Progress to Harvard's Niemen Lab of Journalism. Bill Simmons, Grantland's creator and big honcho, wrote an explanatory "Letter from the Editor," after ESPN formally apologized for allowing Grantland to publish the story. The ethical dilemma Simmons addresses is whether or not the story should have ever been published. From Simmons' letter:

For us, this had become a story about a writer falling into, for lack of a better phrase, a reporting abyss. The writer originally asked a simple question—So what’s up with this putter?—that evolved into something else entirely. His latest draft captured that journey as cleanly and crisply as possible. As editors, we read his final draft through the lens of everything we had already learned over those eight months, as well as a slew of additional information that ended up not making the final piece.

When anyone criticizes the Dr. V feature for lacking empathy in the final few paragraphs, they’re right. Had we pushed Caleb to include a deeper perspective about his own feelings, and his own fears of culpability, that would have softened those criticisms. Then again, Caleb had spent the piece presenting himself as a curious reporter, nothing more. Had he shoehorned his own perspective/feelings/emotions into the ending, it could have been perceived as unnecessarily contrived. And that’s not a good outcome, either.

From the above excerpt, Simmons writes, "Had we pushed Caleb to include a deeper perspective about his own feelings, and his own fears of culpability, that would have softened those criticisms."

Actually, if they had asked Hannan to think more deeply about his own part in the whole process, and the emotional tangle that he'd ended up in after finding out his subject had committed suicide, he would’ve re-written the ending. It would’ve been the natural progression of the person reporting the story to conclude on an empathetic and philosophical note, probably including a mention of the high suicide rate that is a reality of the trans-community. This was the story of a young writer who had spent seven months trying to get to the bottom of what started as a whimsical story and realizing that getting "to the bottom" of it had resulted in a transgendered con-artist's suicide. The complexity of the story, and its gradual unwinding, makes the story fascinating. However, the ending feels purposely edgy and dark, rather than human and empathetic.

Simmons and Grantland were in over their head with the subject matter, and the fact that they didn't consult a single member of the Trans community in the editing process, was clearly a mistake. In the letter, Simmons focuses on his team's editorial process, rather than certain editorial lapses regarding the reporter and the reporting.

Any good journalist is both a keen observer and a good listener. Both of these traits involve empathy.  Reporting is the term that Simmons and Grantland would like to use for Hannan's search for the truth. Fact-finding, via the Internet, is less reporting than it is digging. An Internet connection and some curiosity and suddenly, we're all "reporters." Hannan's series of email interactions cannot be equated to sit-down interviews. However, the email or phone interview has often taken the place of the actual sit-down in a media age where outlets are sending fewer and fewer journalists out on assignment. The journalistic community is equally up in arms about this story as much as the Trans community is. Why? Because the ethical component still matters to genuine journalists and well-respected websites that offer intellectual, cultural, and ethical perspectives are stupefied that Simmons and his staff chose to publish this story.

Empathy is inherent to fiction and to narrative non-fiction. Storytelling demands empathy. Empathy of the writer and empathy of the reader. When people say, "That story was riveting," or "That piece was fascinating," or "That really resonated with me," they are describing the fact that the writing allowed them inside the story, inside the thoughts and feelings of the piece. Empathy is less inherent in journalism, and even less common in modern-day sports journalism.

Grantland is one of the few outlets where readers can engage with more complex and literary sports stories. The site has opened my eyes to several good, young writers. Journalists who have a chance to spend enough time with a subject to get deeper, like Jonathan Abrams' long features, whether they are profiles or retrospectives, or Jordan Conn's "pulse of the city" looks at how sports teams can impact a community. On the other hand, Grantland's most read and most ubiquitous writers are the analysts, not the storytellers. Zach Lowe, writing on the NBA, and Bill Barnwell, on the NFL, are highly intelligent analytically-focused writers. The stories are often less about writing than about number-crunching and play-by-play breakdowns of the events on the court or field. Today, we read as if we are the general manager, making the evaluations of the players we watch. This guy is overpaid. This guy is underrated. The game is replaced by the administration of the game. The teenager who wanted to play major league baseball or professional basketball can now pretend they are running the team, mimicking the business-side of the game, while poking holes in the traditional ways of thinking. Billy Beane and Daryl Morey as the heroes. James Harden, Morey’s star forward, is criticized for his lazy defense.

Grantland is where most educated 25-40 year-old sports fans tend to read, click, and generally peruse. They read about sports with the numbers clouding their vision. I’d argue they go there because they don't know where else to find actual sports writing, other than Sports Illustrated.

Increasingly, Grantland has retreated from its original premise, to showcase these lengthy articles that engage a reader in a more satisfying and thought-provoking way than any game-story can. Beat writers have too many deadlines to constantly think bigger-picture. Fans watch a game, maybe glance at box scores, or obsess about their fantasy teams, but they still want to understand why they actually connect to the game itself. They don't just want to watch Kevin Durant play. The children want to be Kevin Durant. The adults want to be near Kevin Durant. The mid-week water cooler conversations around NBA cities in April and May, during the NBA Playoffs, will involve Durant. As a society, we build our athletes up and we can’t wait to tear them down. The Seahawks’ Richard Sherman makes a game-winning play on Sunday and then spouts off two minutes later in an interview, and suddenly he’s public enemy #1. We want to hear descriptions of an athlete’s ability to dominate, but we certainly don’t want arrogant athletes shouting, “I’m the best! You can’t stop me!”

I’m not a journalist, and haven't gone to journalism school. I don't know the frustrations, nor the sense of accomplishment that a journalist in search of a story might find. The one who has to dig until he finds some seed of truth or wisdom to lay bare in his prose. I know stories, though. I know people. I know empathy. I know why I watch the games and why I love the games. I know why I read about sports and why I write about sports. It may be a cliché, but the games are not a mere diversion from everyday life. They are also a microcosm for our society. We fight for equality within them. In our cities, a collective sense of celebration accompanies our biggest victories. We actually embrace strangers as if we knew them. Tribalism is the common term bandied about these days. We use sports analogies to frame our lives. As Bart Giamatti noted in reference to baseball and its marathon season, “We count on it, rely on it to buffer the passage of time.” The story isn't always easy to find. But it demands to be told. Bill Simmons' apology was genuine. He loves spreading the passion of sports and opening up new doors for new writers. What he’s learned here is that the world outside of sports is much broader, much more complex than the world inside of sports.