The late winter months are the worst for a baseball fan. 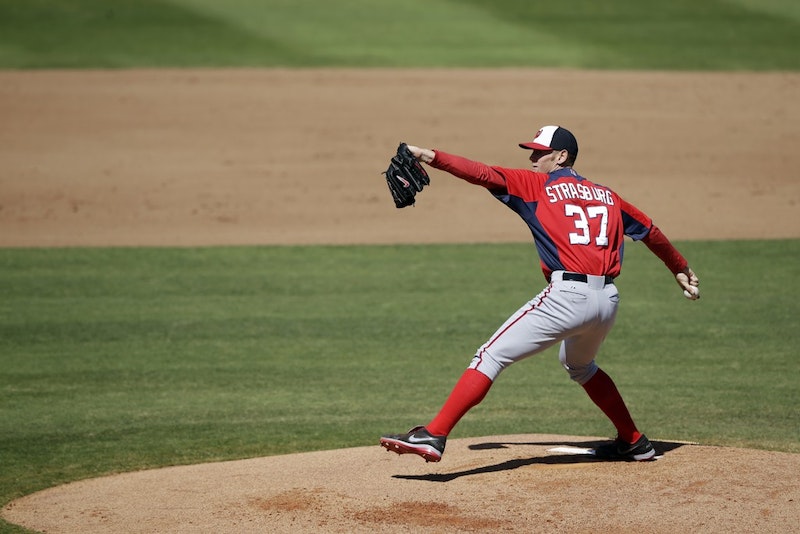 Is it Spring yet? The initial excitement of the offseason has worn off, and the NFL playoffs/Super Bowl are hogging the spotlight. In this bleak period, all we have to look forward to are low-key minor league signings. Or at least it seems that way. It’s easy to forget that a large portion of the 2013-2014 free agent class is still on the market, including nearly every free agent pitcher. The posting of Masahiro Tanaka has halted business; teams are waiting for him to sign before negotiating contracts with this less desirable lot. It’s very possible that all three of the big name pitchers (Matt Garza, Ervin Santana, and Ubaldo Jimenez) will find new clubs days after Tanaka does.

The free agent market for hitting will continue to develop slowly, though. All the big names like Jacoby Ellsbury and Shin Soo-Choo have been signed, but there are a number of mid-tier free agents still lingering on the market. Nelson Cruz, Kendrys Morales, and Stephen Drew are all prime candidates to become this year’s Kyle Lohse, a player whose attachment to draft pick compensation caused his market to crash, which in turn made it very difficult for Scott Boras to find him a team (the Brewers, stupidly, signed Lohse to a three-year/$33 million contract). My prediction: Drew inks a one-year deal with the Red Sox in February, Cruz lands a decent three-year deal, and Morales joins the Long Island Ducks, along with former superstar Alex Rodriguez.

Once Tanaka does sign (which will happen by Friday), the offseason will officially begin to wind down. And once the Super Bowl passes, it’ll be time for pre-season predictions. Now, with so many free agents still on the board, it’s a bit early to predict who’s going to be the best team in baseball. I said this last year and I’ll say it again: the Nationals are the best team in baseball. They were just extremely unlucky in 2013. “Who has the best rotation in baseball?” is a frequently asked question, and it’s just as frequently answered incorrectly. Recently, ESPN’s Buster Olney claimed that the Tigers’ pitching was tops, even though they are Fister-less. Other pundits say either the Dodgers, the Red Sox (?), or the Cardinals have the strongest starting five. They’re all wrong. It’s the Nationals. Led by ace Stephen Strasburg (who’s going to come into his own this year), the Nats don’t have a weak spot in their rotation. Jordan Zimmermann, Gio Gonzalez, Doug Fister are all top 30 pitchers, and Tanner Roark has tremendous upside. Washington also boasts one of the toughest lineups in baseball. This is the year Bryce Harper gets his first MVP. GM Mike Rizzo has been quiet for most of the offseason, because he’s knows what a strong group of players he already has.

Meanwhile, the Yankees of the West are preparing to make headlines again. They just locked up Clayton Kershaw to a seven-year/$215 million contract, and now they’re the favorites to land Tanaka. Both of those moves make sense for the Dodgers; Kershaw is a once-in-a-generation talent, and Tanaka is the best pitcher available on the market. One move that doesn’t make sense: extending Hanley Ramirez. GM Ned Colletti is reportedly trying to sign the 30-year-old to a new deal, even though he’s only had one good season in the last three years. Yes, he hit very well in 2013, but he played in just 86 games. And he’s a terrible fielder! How do we know that 2013 wasn’t a fluke? Signing him now would be an unnecessary risk, especially for a team with the Dodgers’ payroll. If he proves that last season wasn’t an aberration, L.A. can still afford to keep him.