Not Keeping Score in Kids' Sports

On the fake self-esteem of children in rec leagues. 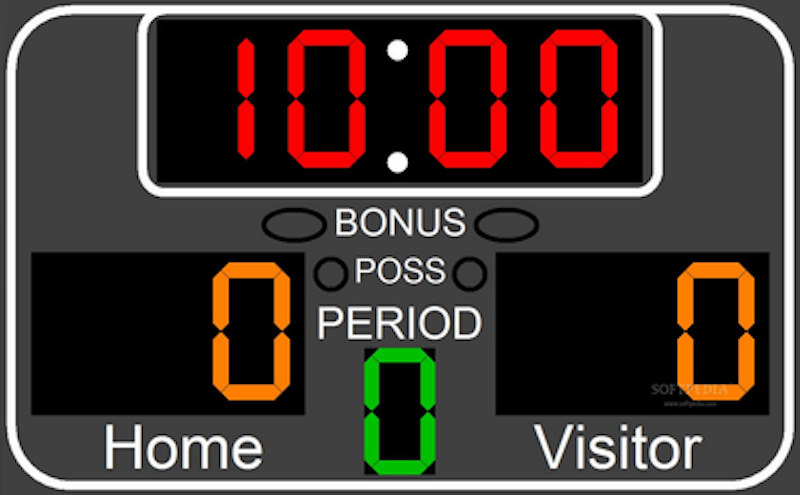 It’s my eight-year-old son’s first year playing basketball. In related news, it’s also my first time watching basketball. It’s not a sport I’ve ever found interesting. But needless to say, I’m courtside on Saturday mornings with as much enthusiasm as I can muster given that it’s in an elementary school gym with many screeching shoes, overly loud buzzers, whistling by the ref and screaming parents.

I’m even less a fan of the overly enthusiastic sports parents. As a lifer non-athlete, at a kids’ sporting event I constantly feel like I’ve arrived on another planet. The younger the kids are, the more amazed I am at what seems to be a shocking level of parental conviction about the way whatever game is happening should be played. I’ve seen mothers run up and down soccer sidelines in such a way that in another setting, a 5150 to the local nuthouse would be reasonable. I’ve seen fathers, otherwise reserved, reasonable men, turn into shrieking, red-faced banshees worthy of the worst ghetto bar scene.

Despite my lack of knowledge about sports, I was a baseball manager and understand that generally at sporting events, the score is kept. At least, it used to be, back in the 1980s when we were kids. I noticed when my girls played soccer that “the score” became something we shall not speak of for fear of upsetting the fragile feelings of young future professional athletes. I thought maybe this was a thing for four-year-olds, but imagine my shock when the following happened at my son’s eight-10 year-old league basketball game.

The kids were winning 14-2 at the half. After the intermission, they came back out and scored a few baskets. Two of the points were scored by a kid who doesn’t usually score all the points, but the score on the board didn’t change. That kid looked over and noticed the score not changing. “The scoreboard must not be working,” said my husband. I shrugged.

Thankfully, my husband is not a sports dad yeller, otherwise I would wait in the car with a good book. He makes generally positive comments, and if he makes critical-sounding comments (“ya gotta get after that rebound!”), he gets a sidelong warning glance from me, because (obviously) my son can do no wrong and I feel he can be given “constructive criticism” coaching observations en masse, after the game, where I don’t have to hear them.

Quietly, my husband approached the ref at the end of the third quarter and informed him the scoreboard hadn’t recorded any of the points so far in the second half. I noted the odd look on Bob’s face as he returned to our courtside seats. “He said they don’t keep score when the point difference gets to be too big,” he reported, mildly in shock.

“Ohferchrissakes,” I said, in the way only a Philadelphia sports fan can run cusswords together during absolutely any sporting event, “yougottabefuckingkiddingme.”

But no, he wasn’t. This, I thought, is the problem with parenting today. We teach our kids the stupidest fucking things. Eight- and 10-year-olds can count to 20. They know if they just got a basket, and they look at the scoreboard, and why should they not get to see the score increase by two? So it doesn’t hurt the other team’s feelings? Now look, I can see (not really, though) if the score got to be more than some ridiculous amount, you might institute a policy like this, but how complicated is this math, I wonder?

Then something happened. The other team found their groove and started scoring. Two points, four, six. I wondered what would happen if, in the last second of the game, the kid from the rival team drained a nothing-but-net bucket shot to win the game 16-14? Would our team get the points back? Because two of those points were scored by a kid who only had the one basket, and why are his feelings of self-worth and self-esteem worth less than the other team who used to be losing but isn’t even losing anymore?

I hate to sound like an old geezer, but back in my youth, the scoreboard read what the scoreboard read: THE FUCKING SCORE. There was no subjective process. Points went on the board or in the scorebook. Kids won or lost and they learned just as much from one of those things as from the other. Maybe some of the unnecessary sports-parent rage on sidelines across America results from the subjectivity of the scoring, not that this justifies the madness. Seriously, people, do you think your kid is going to get an athletic scholarship to Duke while their age is a single digit?

As a non-sports mom, it just seems like common sense that it’s more important to teach our kids how to be graceful losers than to give them some kind of artificially inflated sense of “self-esteem.”