His analysis of golf is shoddy and dishonest. 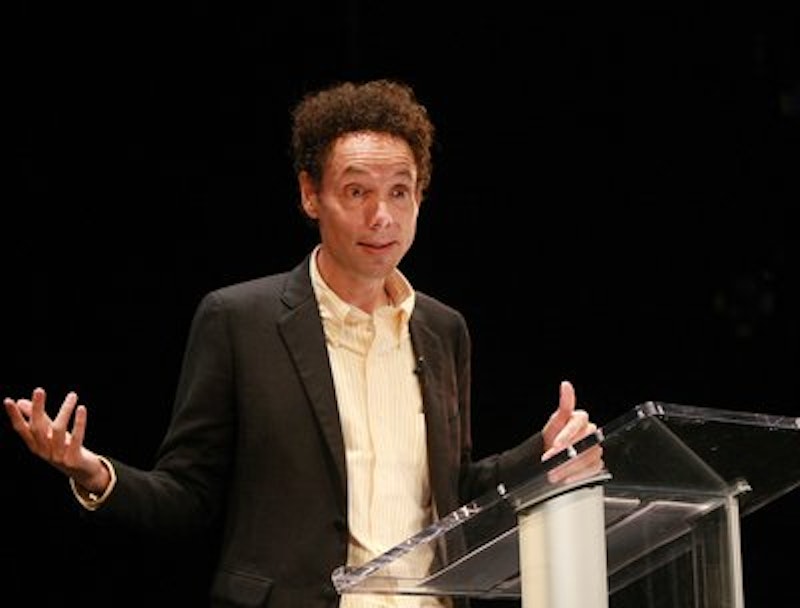 Malcolm Gladwell recently kicked off the second season of his podcast, Revisionist History, with an episode entitled “A Good Walk Spoiled,” in which he put golf under his microscope. What he saw was so downright horrifying that he’s now on a mission to spread the word. “I hate golf,” he announced, “and hopefully by the end of this you'll hate it too.” While it can be refreshing when commentators announce their bias right up front, it's soon clear that the podcast host is merely announcing that he's about to do a hatchet job on one of his pet peeves.

Apparently, the Canadian writer and speaker got triggered during a recent visit to Los Angeles while running around the rocky dirt track that encircles the posh Brentwood Country Club. The dearth of places to run in West L.A. bothers Gladwell, as does the necessity for runners to make do with this inadequate loop when there’s a “huge, magnificent park on the other side of the fence.”

Gladwell tells us he “read somewhere” that when a “fancy golf course” rebuilds its bunkers, it requires 389 truckloads of sand. This implies that less fancy courses have smaller bunkers, but I've played on many golf courses running the gamut from pedestrian to posh and have never noticed any such discrepancy in bunker size. Also, I'm not sure what size truck he's referring to (perhaps Tonka?), but the bunkers I've seen don't look like they require that much sand. A typical dump truck load of sand is 486 cubic feet, so Gladwell would have us believe that the average bunker holds 192,944 cubic feet of sand. That’s the equivalent of 77,177 wheelbarrow loads. Compare these hard numbers to what Gladwell read somewhere.

Moving on to the golfers themselves, Gladwell has “another fact about golf” for us: “Rich people really, really like it. They're obsessed with it in a way that there just isn't any parallel for ordinary people.” No, ordinary people never get obsessed with things like fantasy football or videogames. According to Gladwell, serious golfers are “super-anal” about their scores, as if serious runners aren't fixated on their times, or serious tennis players aren't overly concerned about their USTA rankings.

Next on the podcast is an economist from Miami University who’s studied the golf habits of the captains of industry via a national database maintained by the U.S. Golf Association. Gladwell explains that the economist's research indicates that 363 of the 1500 top American CEOs “are so obsessed with golf that they enter their scores in the U.S.G.A. database.” What he doesn't understand is that this is the only way you can get an official golf handicap, a standard practice in golf that’s also necessary to enter many formal and informal competitions. This is not an indication of obsession.

The economist says that the average CEO plays about 15 rounds of golf per year, which is quite reasonable, but Gladwell wants to press the case that the more golf a CEO plays “the worse his firm does... and the more likely he is to be fired.” To do this, he takes the fact that there's a correlation between business failure and CEOs who play much more than 15 rounds per year, and tries to peddle if off as causation. He certainly knows that he hasn't established a causal relationship between excessive golf and business failure, and the way he makes his argument makes it hard to escape the conclusion that he's just trying to pull the wool over the eyes of people who don't get the distinction.

Gladwell uses the example of the Bear Stearns CEO in July 2007 (it was James Cayne, who he doesn't identify by name) who’d helicopter out to his golf club on Friday to get in a round of golf before sunset. “Even when his company was collapsing, he couldn't stop playing golf.” Could it possibly be that he knew it was over by that time (which he certainly did) and golf was his escape from reality? Moving on to Donald Trump's golf, he says it's an “addiction” that's keeping Trump from doing his job. To Gladwell, golf is “crack cocaine for rich white guys” that causes important people “to make lifestyle choices,” which puts their careers in jeopardy.

Gladwell’s shoddy “analysis” of golf is little more than an airing of his personal prejudices about the people who play the game. He wants to be taken seriously, but that’s difficult. I've played dozens of rounds of golf that cost me $15, but Gladwell needs his listeners to falsely think that Brentwood Country Club is the essence of the sport in order to make his argument. It would’ve been more honest if he'd said, starting off, that he hates rich guys and wants you to hate them too. That's the real theme of this podcast about “golf.” Gladwell's rich but of mixed race. He describes his Jamaican mother as “brown.” Perhaps there's an underlying issue here he's not revealing, or maybe he just despises the sport because he sees it, from the leftist perspective, as an egregious example of bourgeois decadence.

I wonder what Malcolm Gladwell's fans think when he tells them he read something “somewhere.” Maybe they believe in him so much to accept it as fact. Gladwell’s said that if you find his books too simplistic that you should avoid them. Good advice.