Near MLB’s halfway point, this division is still up for grabs. 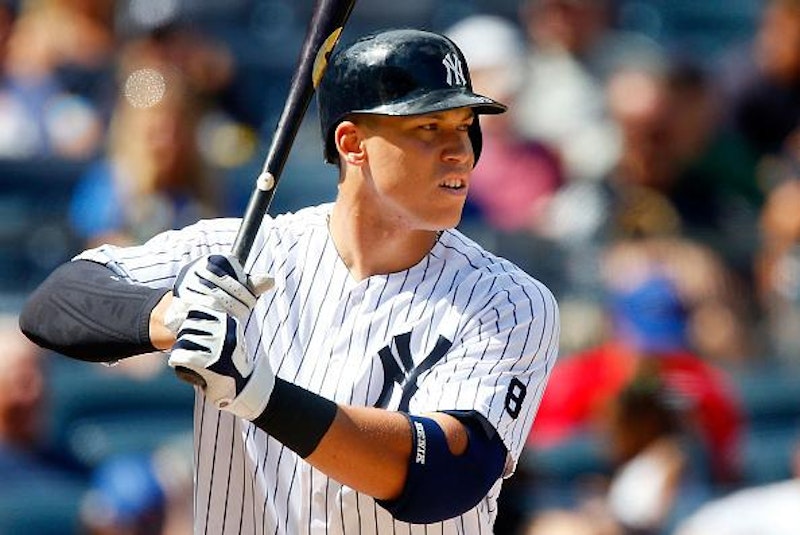 Baltimore Orioles:  Are the Orioles still okay with singles? Here home runs are all it takes, Dylan Bundy is less Bob Dylan and more Ted Bundy when it comes to scaring hitters, and Mark Trumbo and Chris Davis sink back to reality. Trey Mancini is probably not Henry Mancini's grandson, but I'd like to believe young Trey creates the playlist for Baltimore's post-game clubhouse meals. He's also has power, especially against righties. Davis, who resembles the Incredible Hulk, received a platelet-rich plasma injection to expedite his recovery from an oblique strain. I'm terrified how strong Davis will be post-plasma, but he'll still strike out 35 percent of the time.

Boston Red Sox: Rick Porcello's major regression felt predictable after what happened in 2015. David Price has looked rusty and very hittable in his first few starts since returning. Eduardo Rodriguez' bizarre slip on the bullpen mound sent him to the trainer's room, but those 61 innings he's logged have shown him to be unhittable at times this year. Righties are a measly .206 against E-Rod. The 3.54 ERA is inflated by a seven-run outing in Baltimore following the bullpen incident. There's been a gaping hole where Pablo Sandoval was supposed to be over at third base... and despite it all, the Sox are at the division’s top.  A trade for Royals third baseman Mike Moustakas would fortify the lineup nicely. Will Carson Smith ever actually pitch for Boston? He may not actually exist. Is the glass half-empty or half-full? Up to you.

New York Yankees: Aaron Judge has some Yankees fans dreaming of October. Will the 6'7" Judge be this generation's Dave Winfield, harnessing his frame to barrel the ball or will he go the Richie Sexson route and become a 200+ strikeout machine? For now, he's baseball's wunderkind. In addition to Judge, Matt Holliday, Twins castoff Aaron Hicks, Brett Gardner, and catcher Gary Sanchez have contributed to a suddenly dangerous lineup that has smacked 120 homers, good for third in the majors. Righty Luis Severino has delivered on his promise as a burgeoning ace early on. The Yankees will be looking for another starter before the deadline.

Tampa Bay Rays: After last year's 68-win disaster, the Rays find themselves two games over .500 as we near the midpoint. What special sauce is hitting coach Chad Mottola cooking up for these Rays? Corey Dickerson (fourth in the AL with .957 OPS) may become the first ex-Rockie to find success after leaving Coors Field. Playing time security helps. What launch angle has Logan Morrison (23 HRs is already a career high) discovered? Perhaps Mottola has been given the green light from the front office to allow players to strike out with zero fear. The Rays lead the majors with 769 Ks, but have managed 121 homers. The all-or-nothing approach is rampant in the new launch-angle-driven, groundball-averse major leagues. Tampa is the baseball equivalent of the Houston Rockets: ground zero for analytic experimentation.

Toronto Blue Jays: Injuries torpedoed April, but the Jays would be singing again if their starters could give them anything. Aaron Sanchez' return will help, but unless they upgrade from Liriano and Estrada, it wont be enough to overcome a packed division and wild-card race. The lineup is less than fearsome without Edwin Encarnacion, an aging Jose Bautista, and the season-ending injury to Devon Travis. Silver-Blue lining: the emergence of one-time prospect Justin Smoak, who has Jays fans puffing happily.

The Dusty Jumper is a collection of personal essays and reflections on the game of basketball, fandom, and identity. From childhood memories of growing up with the Boston Celtics, to playing the sport as a means of coping with adolescence, this is about basketball as a means of connection. Whether playing, watching, reading, and writing about the NBA, or absorbing the intensity of being in the arena, the game has me firmly in its grasp. This book is my way of appreciating basketball and fandom.