When Ballplayers Had Offseason Jobs

Before the multi-million dollar salaries. 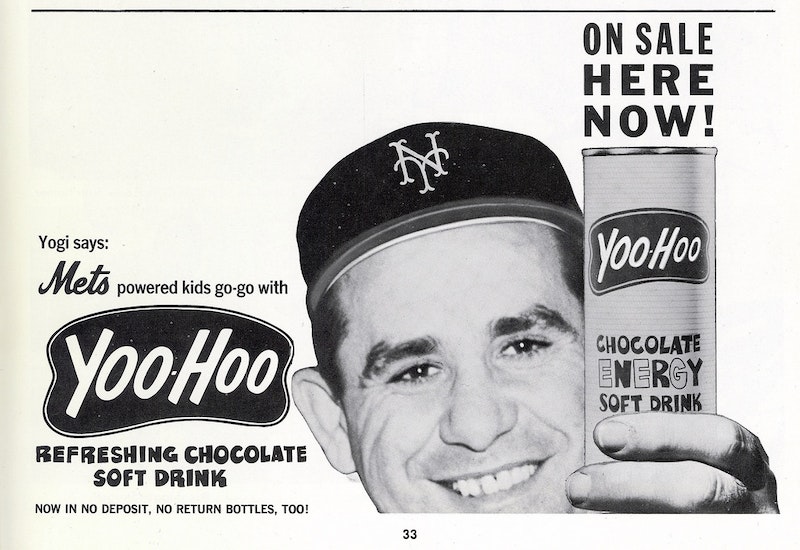 In Game 2 of the 1966 World Series, 20-year-old pitcher Jim Palmer tossed a complete-game shutout against the Los Angeles Dodgers. The Baltimore Orioles won the series and Palmer became an overnight sensation. Palmer’s salary for the season was $7,500. Even with his $11,000 World Series bonus, it wasn’t enough to cover the cost of a new home and the birth of his first child. So he took a second job. He sold suits at Hamburgers Clothing in downtown Baltimore for $150 a week, “enough to pay for groceries, hot water and electricity.”

Long before the multi-million dollar salaries and lucrative signing bonuses, Major League Baseball players worked for peanuts. In 1947 the minimum MLB salary was $5,000. Compare this to the 2017 minimum salary of $535,000 a year. With few exceptions, ballplayers of old had to take offseason jobs to make ends meet. This was true for stars and journeymen alike.

In 1906 Chicago Cubs pitcher Mordecai “Three Finger” Brown won 26 games leading the Cubs to the National League pennant. Despite his stardom, he made just $2,800. He took a coal-mining job at season’s end to help pay his bills. Fellow all-star Christy Mathewson pumped gas at a service station. Walter Johnson dug postholes for the Idaho Telephone Company while Lefty Gomez removed sludge from refinery tanks for Union Oil. Pittsburgh Pirates shortstop Honus Wagner founded a circus with his brothers. Opting to avoid animals and rely on clowns and acrobats, the circus was a failure and Wagner went broke.

From 1907-1932 John McGraw of the New York Giants was the most famous manager in baseball. During his reign, the Giants won 10 pennants and three World Series. He was paid well as a manager (making $18,000 in 1912) but like his players he took offseason work. McGraw became a vaudeville performer, regaling crowds with baseball anecdotes while sharing the stage with acts like “Odiva the Goldfish Lady.” He also purchased a Manhattan poolroom with gambler Arnold Rothstein who later became infamous for fixing the 1919 World Series. McGraw’s fellow manager Casey Stengel spent his offseason driving a taxicab in Kansas City.

Babe Ruth was the highest paid player of his era. His salary jumped from $7,000 in 1918 to $70,000 in 1927. Ruth also sought extra income off the field. In 1920 he starred in a silent movie called Headin’ Home about a country boy who makes it as a baseball star. The film was universally panned with Ruth’s acting skills called “as wooden as his baseball bat.” Ruth would appear in more than a dozen films before his career was over.

Another legendary Yankee, Yogi Berra, had numerous offseason jobs. He worked as a hardware salesman for Sears Roebuck, a waiter for an Italian restaurant and a salesman for a New Jersey men’s shop. Berra later became a spokesman for Yoo-hoo chocolate drinks. Instead of a salary, he took stock options and Berra ultimately became company vice-president.

Brooklyn Dodgers star Carl Furillo ran a deli in Queens. Jackie Robinson also worked in Queens selling television sets for Sunset Appliances. Don Newcombe had a whiskey business in Newark while teammate Roy Campanella owned a Harlem liquor store. It was after leaving the liquor store one day in 1958 that Campanella was involved in a car accident that left him paralyzed from the shoulders down.

In 1957 Stan Musial and Willie Mays made $75,000 a season. Both worked post-season jobs with Musial selling Christmas trees in St. Louis while Mays sold cars in San Francisco. Detroit Tigers pitcher Jim Bunning worked as an offseason insurance salesman (he later become a U.S. Senator from Kentucky). St. Louis Cardinals star Lou Brock ran a flower shop. When asked why he would sell flowers with no floral experience, Brock retorted, “Did anybody ask Rockefeller why he was in the oil business?”

Tigers pitching legend Denny McLain, a two-time Cy Young Award winner, was a talented organist who gave music lessons and worked as a lounge singer. In 1968 McLain appeared on The Ed Sullivan Show. He played “The Girl From Ipanema” on keyboard with St. Louis pitcher Bob Gibson accompanying him on guitar. McLain’s post-season career was less fruitful. In 1985 he was sentenced to 23 years in prison for racketeering, extortion, and drug-related charges.

Perhaps the strangest off season ballplayer job was that of Richie Hebner, an infielder for the Pittsburgh Pirates. Hebner’s family owned a cemetery in Massachusetts, and throughout his career he worked as a gravedigger. He was paid $35 per grave and kept the job for more than 30 years.

By the late '70s MLB salaries increased to a point where players no longer needed offseason jobs. In 1973 the average salary was $36,000. By 1979 it increased to $113,000. According to Forbes, baseball revenues increased by $500 million in 2016 and will soon surpass the $10 billion mark. The 2016 average salary exceeded $4 million per year. Players now spend their offseason rehabbing injuries and training for the coming year.