He's also the best in the business. 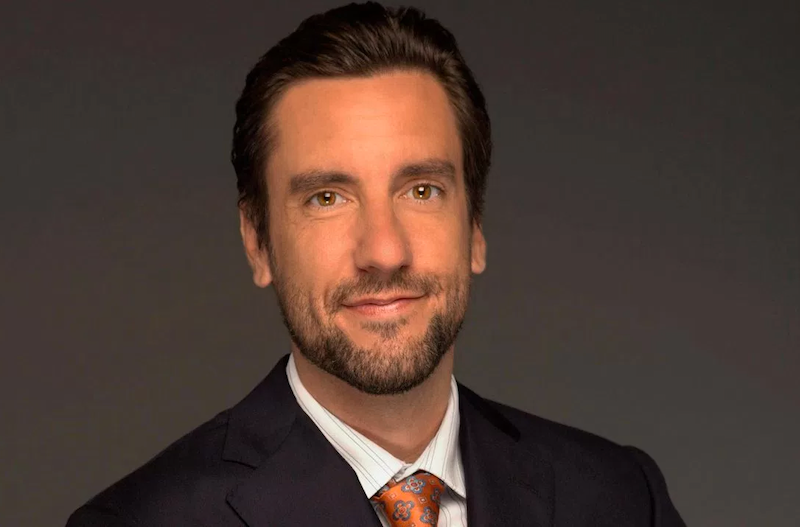 Sports talk personality Clay Travis burns with self-admiration. The host of the Outkick the Show has an ego like an L.A. hillside brushfire being fed by the Santa Ana winds. It could use a good dousing, but he's on the ascent so that doesn't seem to be in the cards. The sports journalist is determined to never let you forget about his fabulous wealth, his posh new beach house, how smart he is, and even his great hair. And then there's his propensity for bro humor, which can get old, unless that's your particular thing, which it probably is if you listen to a lot of sports talk. Maybe it's time to work on that. One of Nashville-based Travis’ peculiar preoccupations is to wax on about how he'd appear in a gay porn movie for the right amount of money ($15 million is a figure he's mentioned) even though he's married with three children and says he's not gay.

I'm not all that interested in what level of public debasement Clay Travis would subject himself to to fulfill his pecuniary dreams. That seems like more of a thing he'd want to discuss privately with his wife after they'd talked about the costs of sending a few kids through college. Travis often resembles another often unbearable veteran sports talk guy I'm convinced has influenced him—Jim Rome, who once called L.A. Rams player Jim Everett “Chris” when he had him on his show, provoking the quarterback into attacking him right there on the set. With Rome, Travis shares the annoying trait of beating a point into the ground way after the listener has gotten it.

You may be reasonably wondering why I just don't stop listening to this jerk then. Nobody’s putting a gun to my head, after all. It's because he's worth it. I’m just starting off with the dirt on him to keep things balanced here. If you're willing to wade through Travis's copious bullshit, you'll be rewarded with the most interesting sports talk out there at the moment, plus some good extracurriculars.

What sets Travis apart from his mostly mediocre peers is that he combines total honesty with a keen intellect, which isn't a set of traits normally associated with people in his line of work. The industry is littered with blowhard types like Skip Bayless or Stephen A. Smith who return over and over again to a handful of hobby horse issues. These two are either in the high dudgeon mode when they're railing against one of their predictable pet peeves, or fawning mode when embracing one of their pet athletes.

Sports pundits are normally loquacious when analyzing pressing issues like whether or not Lebron's better than Michael or who the NBA's MVP will be next season the week after this season’s concluded, but weighing in on anything of any social consequence is usually way outside of their skillset. On the other hand, Travis' takes on controversial current events is actually a reason to tune in to his show.

Travis has a law degree from Vanderbilt and once was a practicing attorney. That gives him an advantage of at least three years in the higher education department over the rest of the field, plus he's well-read considerably beyond the topic of sports, making him an anomaly in his profession. The law degree’s benefits are obvious when he's constructing arguments, something he's very good at.

If you want to scuffle with Travis you need to be on your game, as he relishes confrontation and gives it back hard, as ESPN recently discovered. He's been saying for a while now that the rapidly declining sports network has taken on a liberal bent that’s turning viewers off. Many sports fans just tune in for sports, and they're not that keen on being told all the time about what a hero Caitlyn Jenner is because she's decided to wear a dress.

Sports Business Journal recently ran a piece giving voice to ESPN executives’ feeling that business rival Fox Sports, with which Travis is affiliated, is trying to paint a distorted picture of their network as a liberal hotbed. The article specifically mentioned Travis as one of the main perpetrators. Travis addressed it on Outkick, taking great delight in pointing out that ESPN had defended itself by saying it had decided to bring back right-winger Hank Williams Jr. to sing the national anthem for Monday Night Football, which amounts to about 30 minutes of singing time on the air per year. Could it be that ESPN’s animus towards Travis stems from the fact that he's about the only guy in the business to dump on them after they canned their tennis announcer Doug Adler without cause after he’d been attacked by a frenzied online mob who falsely thought he'd said something about Venus Williams?

That Clay Travis is the only prominent sports talker to have Adler on his show is just one more indication that he's the best of the bunch. He didn't follow the mindless pack (ESPN and everyone else) in saying that NFL was blackballing quarterback Colin Kaepernick for racial reasons either. As he explained, Kap's talent wasn't sufficient to make up for his baggage. When golfer Phil Mickelson missed the U.S. Open because of a scheduling with his daughter’s graduation, Travis was the only one saying the school should have changed it to another day. Addressing the new California law banning travel using taxpayer money to eight states (including Texas) accused of discriminating against LGBTQ people, the Outkick host pointed out that the NCAA basketball Final Four is in San Antonio next year, presenting a major problem for any California teams hoping to advance that far. Plenty of other sports could be affected too.

Clay Travis, who’s also a skilled sports writer, drinks a lot but still gets up at four in the morning. Talking head Skip Bayless is a teetotaler who purchases five orders of Chinese chicken and broccoli on Monday so he can eat the same thing every night. Which one do you think will be more thought provoking?  Don't let his braggadocio get to you. Hey, the guy does have a decent head of hair. Take it as schtick and hang in there. You can always fast forward past the parts where he's crowing about all his money or his impossibly powerful torso or the depraved things he'd do for large sums of cash. Brutal honesty’s a rare and valuable commodity anywhere in the media these days, so you can't allow aesthetic matters to deter you. Forty minutes per day of Outkick the Show is just the right medicine in the post-truth era when most of the media's busy trying to spoon-feed you exactly what they think you want to hear.